How important is it for success in the job that current role models are used? And should we finally move away from clichés in the course of the discussion about the compatibility between work and family? 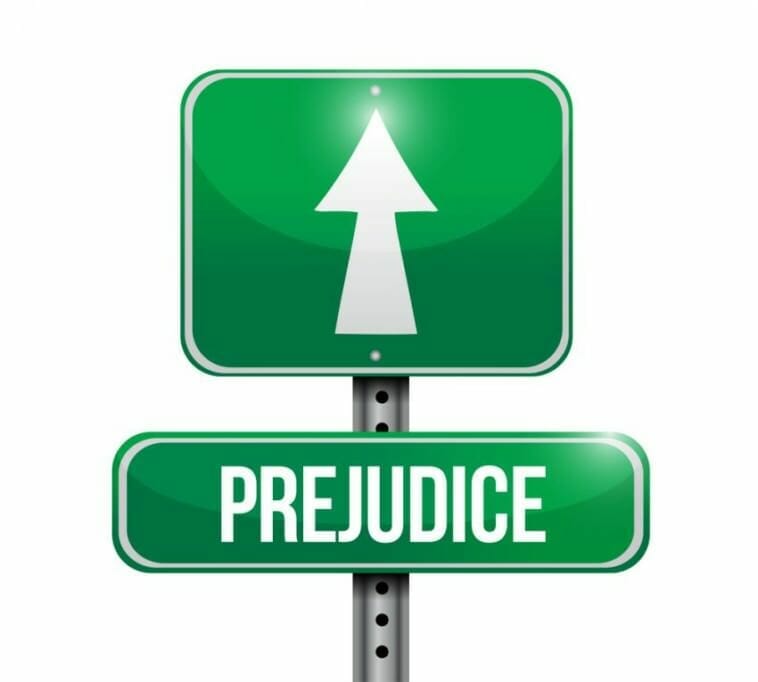 Sexism can also be very subtle

The topic of sexism is on everyone's lips: the incidents in Cologne at the turn of the year, MeeToo, outcry - and also the high-heels petition in Great Britain. Because sexism and discrimination against women are unfortunately not always very obvious and have many faces, especially at work.

It also shows, for example, antiquated clothing regulations. In the UK, there was a recent petition against high-heel force. This case will hopefully make school.

Petition with more than 100.000 signatures against PricewaterhouseCoopers

Nicola Thorp, who had been mediated by a temporary agency company at PricewaterhouseCoopers, had filed a petition against regulations that obligated her to wear high heels - more than 100.000 British signed.

A proof that many women are at least under the prevailing notions of female clothing. Because high, pointed shoes can lead to defects and affect the entire body.

And: Whoever is uncomfortable at the office or at trade fairs on high heels, is proverbially less stable than standing colleagues. Or do men complain about uncomfortable shoes?

The fact that high heels nevertheless so incredibly great popularity, should also be because they are considered a typical feminine attribute.

And especially women who are successful in their profession want to counter the feeble accusation of acting too masculine.

In the process, these roller-skates are paradoxical, since paragraphs were reserved for men in the historical origins. Apparently firmly grounded visual habits can change!

In the end, many people earn good money: Style consultants, for example, talk to women about what is typically female. And manufacturers want to sell a new shoe collection every year.

It does not fit into the concept that women could also wear more comfortable men's shoes. There are also shoes that look unisex chic and match the foot shape, from the Austrian manufacturer think. Unfortunately, such innovative approaches have so far been the exception.

Let us hope that more women will have the courage to go against such and similar sexism and, for example, to use comfortable shoes - that would be a simple but effective step towards equality in the word.

In light of this discussion, I was concerned with the question of whether it wasn't time to start rethinking certain clichés - such as those of particularly male or female behavior at work. And to make it clear how absurd these are sometimes, I chose a particularly stark contrast: cowboys and high heels.

Pure sexism: bosses should be strong and masculine?

A study by the Technical University of Munich has shown that cheerful women are not believed to have the will to lead. It has to do with the stereotypes in our heads, the scientists say. Because superiors should be confident and dominant, then they appear to be strong leaders.

Typically female behavior patterns, on the other hand, tend to hinder progress in the job. Women who are willing to pursue a career are therefore advised to look as feminine as possible in order to be taken more seriously: tie the hair together, look older with glasses and best wear dark pantsuits.

Media cement the images in the heads

Just recently, a top manager reported in her highly regarded book about how she made it to the top with such inconspicuous behavior.

In this way, however, the stereotypes cared for by men and women are still cemented. A disadvantage, because in reality, the stereotypes of society have long since set out - more than many are dear.

This shows, for example, an exciting discussion that came up recently in my blog: Not a few men want to wear high heels in public and in the job - and take this request for granted.

And in the rather conservative Banff, deep in western Canada in the Rocky Mountains, I came across the “Walk a Mile in her Shoes” campaign a while ago - in which men pursue this very pleasure. Seasoned cowboys in high heels? Or your own boss?

We do well to question role stereotypes

Difficult to imagine - but why not? Why should only women be allowed to take on the role of the opposite sex? This shows how absurd the role stereotypes in our heads really are. And that, given the social developments, we would do well to rethink them thoroughly. Also and especially when it comes to our everyday work.

Then we would no longer have the stupid discussion of how women manage to combine children and a career. Because that's not always easy - not even for men, as a recent case shows. Because some time ago the story of a man went through the press who was fired on his first day at work after six months of parental leave.

This shows two things: Such discrimination now also affects men who are affected by role stereotypes in exactly the same way. And the compatibility of child and career is still a big problem.

What to do specifically against discrimination?

But what do employees do about discrimination in such cases? 2 concrete steps help:

Step 1: Clarify your own goals

Communication is therefore important for the entrepreneur Sophia von Rundstedt: “An employee should carefully consider what their personal goals look like:

Step 2: Talk to the boss in good time

“Then you should talk to the boss about what this decision is for the career and that Company means ”, says von Rundstedt, herself the boss of 300 employees, 70 percent of whom are women.

A lot could happen during parental leave. “It means weighing things up together and finding suitable models,” explains the mother of two children. Unfortunately, flexible regulations often conflict with rigid laws.

Women fail at their bosses: how the quota can help

Communicating is not always the right solution: A recent US study by management consultants Bain and Company shows that women often fail at work because of male-dominated roles and a lack of female role models. Above all, women feel that their direct bosses do not support them enough.

Sophia von Rundstedt also knows such prejudices. The women's quota could help clean up the roll-up, but she did not go far enough.

The right company and the right partner

"We need the quota not only on supervisory boards, but also on the executive boards," she says. What can women do themselves? “Networking,” advises von Rundstedt, who is involved in the Working Moms association. "Women in particular often underestimate how important this is for their own progress."

What if the boss or your own partner are not willing to compromise? "Then," says von Rundstedt, "you should think about whether the company is still the right one, or to what extent the relationship with the partner is good."

4 responses to “Wrong role models, clichés and reconciliation between family and job: men are also affected”