Disclosure & Image Rights: Image material was created with a camera provided free of charge by our sponsor Olympus, which we checked as part of the test until it was unusable. The Dutch tourism company TravelEssence covered our costs for flights, domestic flights and meals for a research trip to New Zealand.

Working on the go: Coworking at The BizDojo, Wellington, New Zealand {Review}

The BizDojo is located in New Zealand's capital Wellington and in Auckland is the southernmost coworking space in the world. The seclusion of the country, which is quite isolated in the Pacific, makes an invention: the community idea is particularly important here.

Creativity not only in Hobbitland

While the Hobbitmania has just broken out in Wellington, creative people from all over the country are working together on their projects in The BizDojo. The creative scene in New Zealand consists of much more than “Lord of the Rings”.

Not only illustrators, web designers, video editors, app developers work together in the coworking space, but also garden architects and even one of the most important Company the new-soul art and creative scene, http://www.thebigidea.co.nz, an 10 founded artist community with meanwhile 60.000.

Design and branding from the community

Most coworkers work in the field of technology, design and renewable energies. The interior design and branding of The BizDojo, combining traditional Maori-style elements and cutting-edge design, was designed by people who work here - not for nothing:

"We pay what we like," explains co-founder Nick Shewring, whom I met in his Auckland office. Exchange is very important here:

Open desks from 250 dollars a month

The desks are all open in the room, but there are three closed meeting rooms. The chairs are comfortable and ergonomic compared to various coworking spaces with wooden chairs.

“If you trust, you get something back”

The full-time coworkers have unlimited access 24 hours a day, seven days a week. But there are no controls for part-time coworkers either, everyone has a key: “You have to trust people, then something comes back,” says Nick: “People don't take advantage of that!”

There are also people from abroad. "We just had a guest from London who spent the winter here," says Nick and is happy: "Now I have a contact to London."

The prices seem expensive at first glance, but all services include coffee, alcohol, milk, wifi, a printer, storage of food in the fridge and the use of meeting rooms.

From home office to coworking space

The motivation to start a coworking space was similar to that I've seen in many other spaces around the world: Nick originally worked at home, but that frustrated him: "I felt isolated and didn't have a meeting room."

However, the rents in Auckland were too high for him to have his own office, and commercial space is also rare. "Of course I could have worked in another coworking space," says Nick.

So far, there are 12 coworking spaces in Auckland: "The definition depends on how you look at it," he says. In general, coworking in New Zealand is something completely new: "The New Zealanders are very shy, they don't know anything like that," says Nick.

Therefore, Nick wanted to realize a special idea: People should not just work here, but grow as a community. Many other coworking space he has visited, he feels too cold and too impersonal. His concept is therefore much more focused on cooperation:

The coworkers complement each other professionally

"We don't just work for people who are looking for a free desk, but for people who take their work very seriously." The composition of the people is therefore not simply random, but according to a certain system, so that the different professions complement each other - for example, the editor who is looking for a graphic designer or a designer who needs a developer.

To help them communicate with each other, The BizDoCommunity employs two community managers who work together to bring people together. For internal exchange the coworking platform Yammer is used. Over time, a well-run community has emerged in which everyone knows everyone.

Digital workers also want to work with their hands

When the coworking space branch was opened in Wellington in July 2011, people took eight-hour trips from Auckland and 30 people flew to Wellington to participate in the opening: “I was very impressed by the size of the community Thought is, ”says Nick.

But not only that: The coworking space also opened the Biz Dojo Co: Space in July, a so-called makerspace for craft and practical work: “If, for example, a designer wants to implement his design directly, he simply goes to the other side of the street, pays and can use the corresponding machines, ”explains Nick. The idea behind it is as simple as it is simple: he says that it is a great need for digitally working people to work physically. 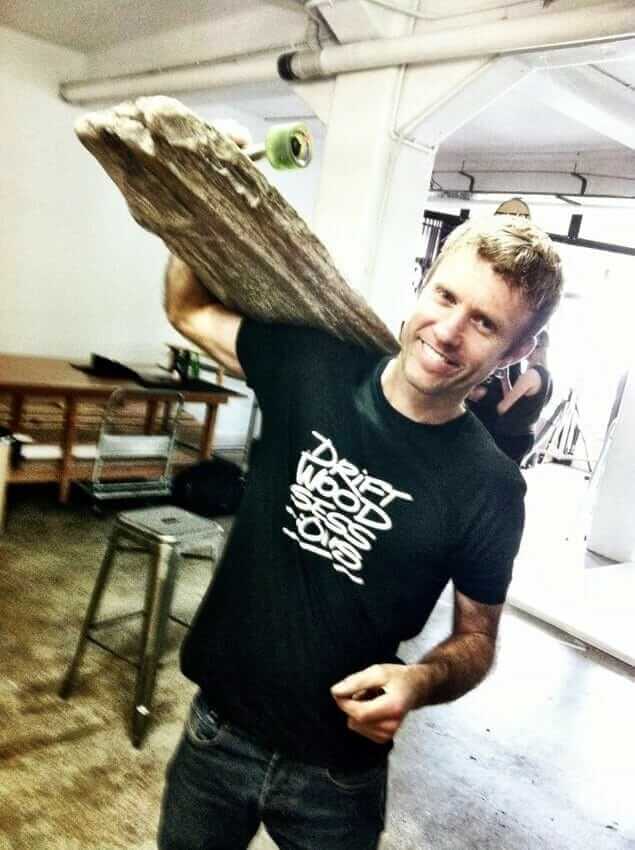 The community thoughts spread the people of The BizDojo but also beyond New Zealand: The coworking space is part of the online community.

“We are partnered with over 260 coworking spaces in Rome, Alessandria or Buenos Aires. And since New Zealanders love to travel, they can work for free in the partner spaces worldwide, ”Nick describes the advantages of the coworking network.

5 responses to “Working on the move: Coworking at The BizDojo, Wellington, New Zealand {Review}”