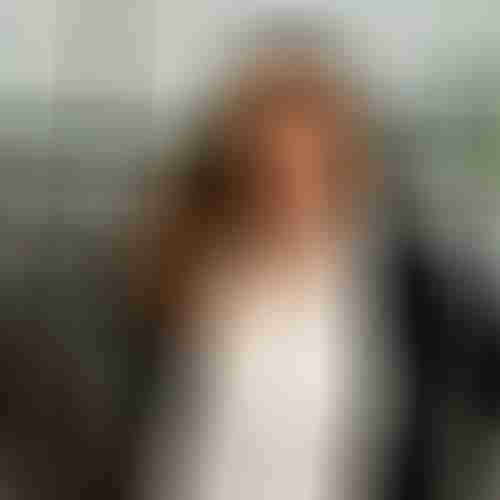 Nelly Kostadinova. Founder of Lingua-World, consultant and speaker. Nelly Kostadinova is originally from Bulgaria. Her career began there as a journalist. After the fall of the Wall in 1990, she left her old life behind and built a new life for herself in Cologne. Seven years later she founded the translation and interpreting service Lingua-World. She quickly formed the small agency into an international company. Today, Lingua-World has around 10.000 translators and a total of 19 branches in Germany, Great Britain, South Africa and Rwanda. With her localization service Lingua-for-growth, Nelly Kostadinova has been advising companies on successfully integrating their websites and presences on the global market since 2015. Kostadinova is economic ambassador for the city of Cologne and has set herself the goal of building bridges with her services - with language. The African continent is particularly close to her heart. It is expanding into developing countries in order to get involved locally and to train local specialists with its knowledge. All texts by Nelly Kostadinova.

Outstanding images are indispensable in marketing. But also intercultural competence is required. But what is considered positive in Western cultures can trigger scandals elsewhere in the worst case scenario. 3 X 3 animal presentation tips, gestures and images of women.

Marketing: The image of the woman

Well-formed curves. Blond, long hair. Irritant laundry. The lady smiles mischievously and holds a smart smartphone at the camera. A promotional photo that is completely normal for us now. An eye-catcher when reading the newspaper, on large billboards and especially when surfing the Internet. Because one is clear: Sex sells! Or?

In many countries of the world, this advertising trend and the associated imagery have been part of everyday life for many years. Whether in Germany, Russia, Italy, the Netherlands, Spain or Norway: especially in Europe, pictures of half-naked women have long been socially acceptable.

2. When does sexism go too far?

Dolce and Gabbana, Replay, Burger King, Skyy Vodka, the regional heating engineer or the gym next door - again and again fall big and small Company by suggestive or sexist imagery in advertising. The industry does not matter, the phenomenon shows up from the furniture store to the fast food chain.

Meanwhile, there is increasing debate about whether such images are not going too far and women are reduced to sexual objects. Women's rights activists increasingly demand that sexist advertising be banned in general. In my view rightly: When women are reduced to their beauty, explicitly to certain body parts, that is discriminatory and wrong!

3. Sex does not sell

What leads us back to discussions in the meantime is absolutely unthinkable in other countries and cultures. Especially in many Arab and African countries, the extreme goes exactly in the other direction. Unfortunately, in many places, women are still regarded as second-class citizens and may not be shown in pictures in public. For example, there are particularly strict rules in Yemen, Pakistan, Syria, Iran, Jordan, Egypt, Morocco, Chad, the Ivory Coast and Mali.

In China, the Middle Kingdom, one goes, so to speak, a middle ground. Women and men are in the People's Republic - at least according to the Constitution - equal. Public portraits of women, however, are more sensitive than they are in Europe. For example, the car manufacturer Audi and the furniture giant Ikea have recently apologized for their commercials. They were considered sexist in China, triggering massive scandals.

"Small gestures, big impact" and "a picture is worth a thousand words" - these proverbs are internationally valid. But the meaning of the imagery can be very different. This is especially true for expressive gestures. Because these can also be interpreted completely differently in other countries. Some examples:

1. Thumbs up is positive?

Thumbs up! A gesture that in many countries is immediately associated with "All right" or "I like". For Facebook-Users of course anyway. In other states, however, this sign can cause a lot of trouble.

In Russia, Greece and parts of Africa and Australia it is an offensive gesture. In Turkey, it can even be understood as an invitation to homosexual acts.

“The food tastes great!”, “Great!” Or “Everything is okay!” - there is also visual language for this. In Germany, Great Britain, Canada or Mexico, for example, the finger circle, formed by the thumb and forefinger, is used.

This should be better left in other countries such as Spain, France, Tunisia or Belgium. The gesture is taken there as an insult. It means something like “zero” or “worthless” and is frowned upon in a similar way to our “stinky finger”.

Imagery that everyone knows: If the index and middle fingers form a "V", it is clearly a victory or peace sign. The gesture usually stands for success or peace. In the Asian region, such as Japan, Taiwan or South Korea, the symbol can also underline a smile and means something like happy.

But be careful: in Greece the hand gesture means something like “go to hell”. Above all, you should make sure that the back of the hand does not point outwards. Because that is a violent insult, especially in South Africa, Great Britain, Ireland, New Zealand and Australia. The former US President George W. Bush unfortunately did not know this difference in visual language when visiting Australia and unconsciously insulted his audience.

Bush would probably have been able to show a bird - but even this gesture is not clear. For the index finger on the forehead is a welcome gesture in the USA. It shows the other wordlessly that one considers him smart and clever.

Animal pictures are always well received. But even with this theme, the motives are interpreted differently from country to country.

For example, the image of an owl in Germany and many other countries stands for wisdom and intelligence.

In China, on the other hand, the bird is the symbol of evil and stupidity. So you can quickly step into a fat bowl.

Another flying example is the magpie: the black-and-white feathered animal is considered to be thieving and deceitful and does not arouse any positive associations.

Quite different, for example, in South Korea: Here the magpie the highly regarded national bird in the yin-yang colors of cosmic energy.

Also in the representation of reptiles it can lead to misunderstandings: The snake stands with us for intrigue, malice, death and ruin.

In India, however, it is a sacred animal and is considered a sign of the creative power of the earth. So sometimes the interpretation of a picture is far from reality?

From years of experience I know that the differences in the international imagery can cause misunderstandings, disputes and in the worst case scandals. Especially on websites on the Internet.

Image content must be viewed and analyzed very sensitively from country to country. You should always be very well informed about foreign occurrences on site and, in the best case, consult an expert for localization. It is worth it ..