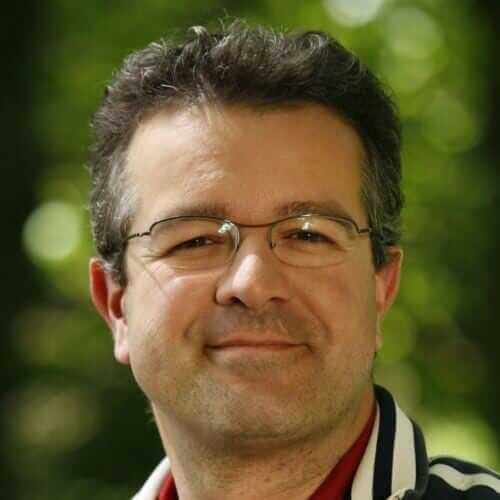 Manuel Andrack, Grimme Award-winner and known from the Harald Schmidt Show, tells in an interview how to get your head full and why some IT millionaire walks have to learn. We met at a hiking tour at Lake Baldeney in Essen. Manuel Andrack, born in Cologne, studied theater, film and television studies, German literature and art history. He worked as an editor for various TV formats and was responsible for the editorial management of the “Harald Schmidt Show” from 1998-2008, and since 2000 he was also on stage as an editor in the studio, where he became known nationwide as a reference point for Harald Schmidt. With Harald Schmidt he won the German TV Prize and the Grimme Online Award several times. From 2009 he was the protagonist of the SR series: “I will be Saarlanders” and other television programs. In 2005 he published his first book “You must hike”, others followed. He also wrote for DIE ZEIT, STERN, GEO SPEZIAL, MERIAN and WANDERMAGAZIN and runs a hiking blog.

Mr. Andrack, you describe in your current book a far-flung IT miliary who wanted to learn how to walk in the Eifel. Do you need to learn to walk?

No, you don't have to learn to walk. This IT millionaire was just a little bit ambitious, if not overly motivated. But among us: He really learned something from hiking ...

Why did you start hiking yourself?

I did not want to sit any more immobile and passive in front of the computer. And then I tried a lot: jogging, for example, I found that very hard. Or cycling. There is much more to pay attention to traffic and can not think about himself and his ideas. So I have come to wander, there is leisure to think. Hiking makes you cunning.

I suppose the brain is better supplied with blood during exercise. In addition, when hiking mostly has time to think. The Greek philosophers already knew that: the perestalics walked regularly. Imanuel Kant was also known for his regular walks.

Do you use hiking for ideas, not for relaxation?

Correct, I am often asked if I wander to get the head empty. Then I say I walk my head full. I develop ideas, visions and perspectives while hiking.

Depending on how you define success: I remember Zeite, when I should think of gags for the Harald Schmidt show. There I sat at the desk and did not really get on. Then I ran off and worked my mental knots while hiking.

If I have suggested such wanderings then for the Harald Schmidt show, they are usually accepted. Above all, hiking makes you happy, it is also used as a therapy for depression. And I myself have long moments after a hiking tour still lucky moments, when the way again appears in thought.

And how do you make hiking a part of your career?

This happened rather by chance. I just hiked privately and then I wrote a book about it. Then more and more requests were received for hiking tours, there were cooperations with naturefriends' houses and tourism associations.

The fact that I was known through television has of course helped. And my advantage was that the theme of hiking in the Middle Mountains was not yet prominently occupied.

Are you only hiking in the Middle Mountains?

As a rule, yes. Hochgebirge only very rarely, but already because of the high altitude is nothing for me. Also private I am usually in German Mittelgebirgen on the road, abroad rather little. This offers enough variety.

How does a creative process during the hiking run exactly?

The ideas often go astray, sometimes I'm really in the garbage and the idea is not quite right. I literally creep up on her step by step - suddenly she's there.

You also say, detours increase the knowledge of the place, as walking and creative processes have much in common. That is why the thoughts flow properly when walking.

But what does it look like in practice? How do you keep your ideas on the road?

I have to work out my research, which is the USP of a way. Writing down would be of course cumbersome, so I usually have a dictaphone and a digital camera with it.

So I can then say exactly at home, which feature was to be found on this or that way, because each trail is very individual. And even if one remembers of course peculiarities, I then make at home regularly listening to hear that one or the other idea would have been lost if one had only relied on the Kurzzeitgedächnis.

Do you prefer hiking alone or in the group?

That depends on what I would like: walking in company is very nice and also usually better talks come about. The usual topics such as children, friends or football are left behind when walking, but goes more deeply and talks about the essentials.

Walking alone is different. You can calmly think about new ideas. Even if I research paths, this is not possible with others, because I can not concentrate on the way.