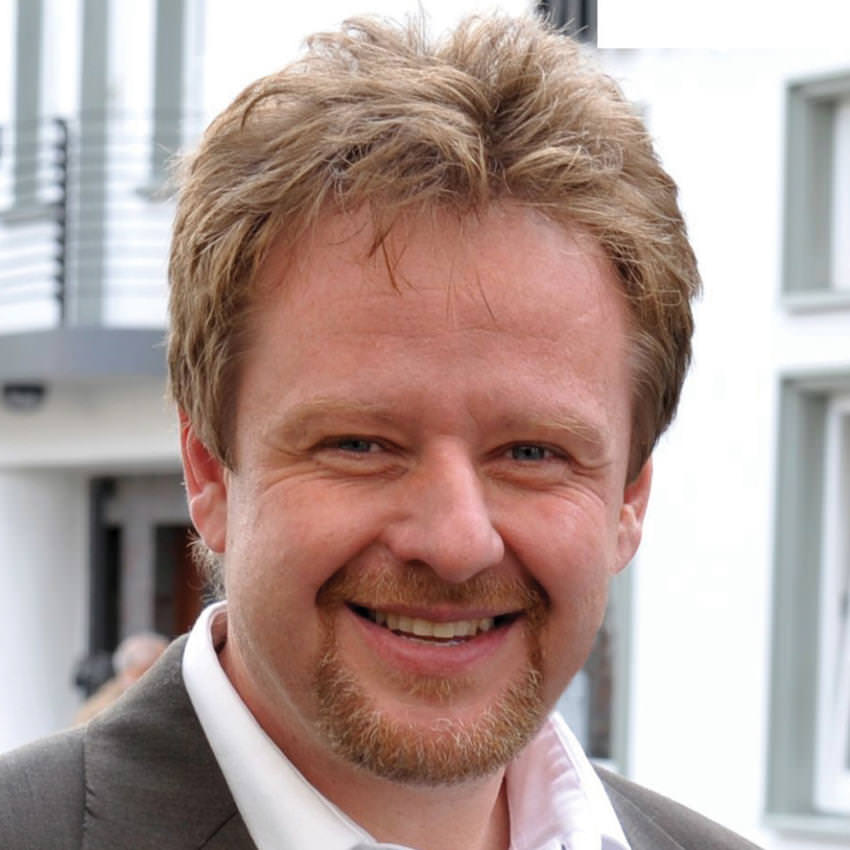 Dr. Ralf Trautwein is a feeprofessor at the Furtwangen University and editor for various daily newspapers. Trautwein (born 1966) studied German, journalism, communication and political science at the University of Bamberg. He has been an editor for daily newspapers for almost 30 years. He also teaches as a feeprofessor at the Furtwangen University (HFU) in the Faculties of Economics and Mechanical and Medical Engineering as well as at the Baden-Württemberg Cooperative State University. His subject area includes all disciplines of marketing and corporate communication. His focus here is on public relations, advertising, sponsoring, event marketing and new media. He also holds seminars on personality development in the university sector. All texts from Professor Dr. Ralf Trautwein.

Those who can do something and those who have the confidence to do something make their way. In order to be successful in what you do - no matter what it is - you have to be convinced of yourself. That makes us strong. People with Ego are not egoists, but sovereign. Our belief in ourselves resides in the ego. In order to achieve something and to act confidently, we need it.

But many people shy away from strengthening their ego, because the term is negatively used for them and is inevitably associated today with “egoist”, “egomaniac” or “egocentric”. It is important not to make yourself smaller than you are. Not only in the professional, but also in the private area.

A fundamental problem in social life is that we tend to compare ourselves with other people. This is not an entirely new insight: Immanuel Kant already correctly assumed that we constantly observe and interpret an evaluative environment, and thus develop our self-confidence. Means: We inevitably take others as a measure, because we want to please. We tend to be as much as others - or as others want to see us. What in the individual case can lead us to become drifted about it.

Develop our own profile

But that's not the only problem that arises from it. It weighs more heavily that this willingness to please prevents us from developing our own profile. However, this is exactly what is important: it is not for nothing that psychology speaks of “education” and “self-education”. The one takes over the others, the other we have to do ourselves in order to mature and develop according to the abilities that are given to us.

This is where our ego comes into play: It is an “inner driver” that is constantly fluctuating between opposites: calm and action, closeness and distance, serving and reigning, leading and following, sympathy and aversion. It forms the working level on which we create what we commonly call "personality" or "inner strength". We need this strength to assert ourselves in conflicts with other people, to assert ourselves, to be successful.

Education and self-education often collide. Because the collective acts as a regulator that is ready to put the individual in his place. People have a fine sensor for when one of them is about to do something, or at least is able to do it. They react to this, mostly unconsciously, by trimming the high flyer. And the effect is not missing. Or did you want to be considered a “nerd” in school earlier?

We can conclude that the influence of others and their expectations on our behavior is almost omnipresent. And also that we are by no means indifferent. In this context, the French philosopher Paul-Michel Foucault even speaks of an “imposed individuality” and razor-sharp analyzes how others generate power through social networks and exercise it over individuals. A number of sociological studies show that people tend to pursue self-related concerns more effectively in the absence of social control than if someone looks at them and hits them on the fingers.

Let us free ourselves from social demands!

"We should not try to discover who we are, but what we refuse to be," says Foucault. The man is right! So let's get rid of any social demands ... If only it were that easy. Here theory and practice collide without question. Who is really independent? We need others to some extent. Because in Team we get ahead. In Daniel Defoe's classic “Robinson Crusoe”, the best day in the life of a castaway on a desert island was when he got company: a carib that he can free from the captivity of man-eating islanders and henceforth calls “Friday”.

With a few exceptions, we find it depressing to be isolated, to have nobody else of our kind. Why? - Because the lonely one has failed in the eyes of society. A life without intensive relationships has not always been in line with social norms. That is why we instinctively behave “socially” - in such a way that others find us good. In addition to this basic need, some people even develop a real addiction to social recognition. If one follows a thesis by the CIA psychiatrist Marc Sagemann, who has analyzed several hundred terrorist CVs, this addiction can even stimulate extreme action.

Altruism as an ideal?

So far it does not have to go. Nevertheless, it is clear that altruism or disinterestedness has long been systematically declared the ideal of social morality. That is why people do things in everyday life that do not bring them anything that is purely selfless in terms of money: they give the money or donate money, they commit themselves benevolently, although they know that those who profit from it hardly ever will retaliate. Their profit is elsewhere, namely, in their increasing prestige.

So selflessness is perceived as worthwhile. In the context of a perceived growing collective threat from phenomena such as terrorism, values ​​such as solidarity, trust and reliability have increased enormously in importance for people. So far, so beautiful ...

This is exactly why we keep falling into the ego trap. Where it is considered improper to pursue one's own motives, the accusation of being an egoist becomes an effective instrument of power. It is better to look at things realistically: we will never succeed in getting everyone to think we're nice. That's why ours cannot do that either Objective being nice to everyone and staying trapped in that mental cage. Or, to paraphrase Franz Josef Strauss: "Everybody`s Darling is everybody`s idiot!"

Being successful means being authentic

We therefore need our own vision of life! This independence pays off. To overcome the fear of being rejected by others as we are, people feel a great liberation. No wonder: as long as we fear the judgment of others, we give them power over us. It is also one of the basic conditions of any success.

To be as one is, and to give oneself in this way means, above all, to stand to one's own needs or demands. They are a part of us and the prerequisite to make full use of our potential. This convinces other people. To be authentic is therefore better than you think. And is the prerequisite for achieving optimal results. Ultimately it is quite simple: to be successful is to be authentic. This is the real art in life.