#MeToo and the Weinstein cause sparked discussions around the world on the subject of sexism, which is also affecting the IT and start-up scene. But the working conditions in startups have long been a role model for others Company , are always concerned about criticism, A study has examined both topics in more detail. 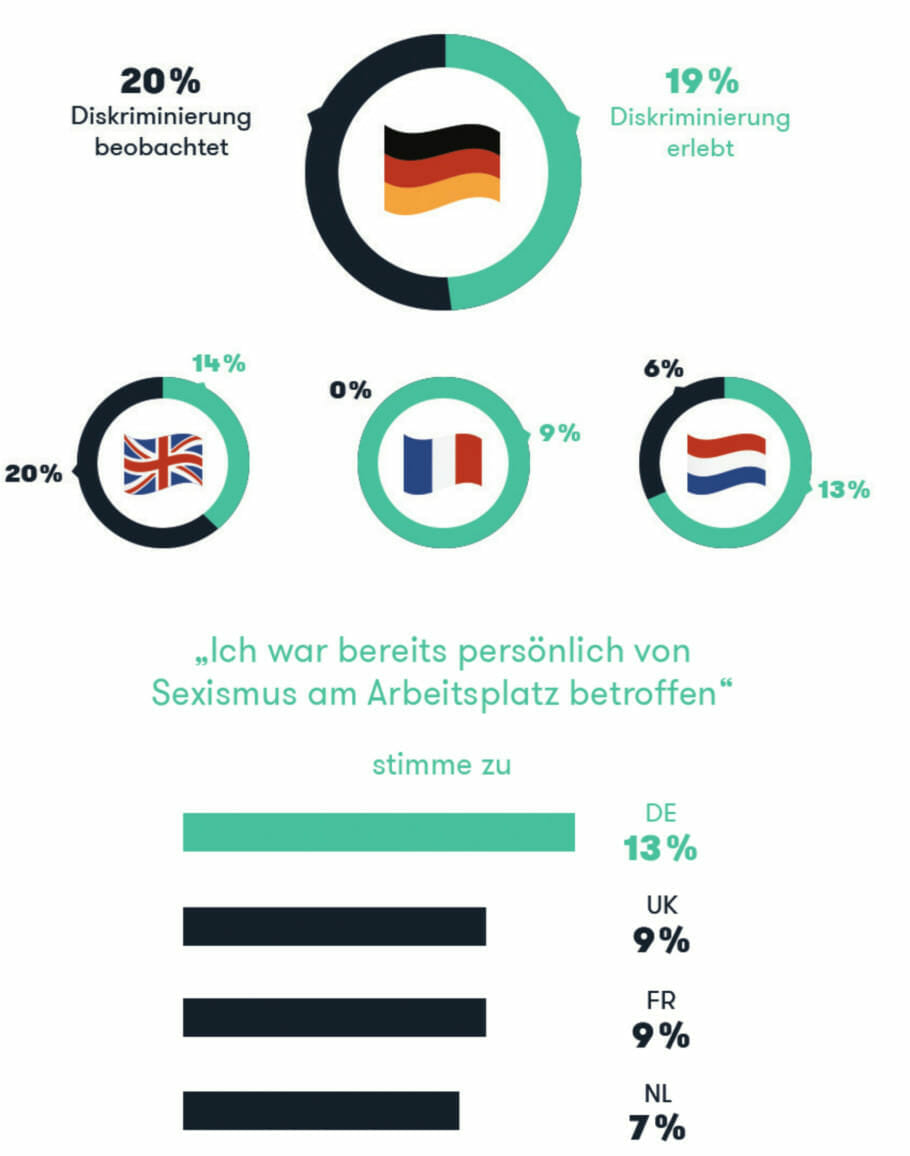 The working conditions of NewWork under the magnifying glass

For a long time, NewWork and the new world of work 4.0 have dominated the discussion in the recruiting industry - far beyond startups. After all, what began there as an innovative innovation in the world of work has long been a role model for the more established Company who want to take the step to digital transformation.

One more reason to look more closely at this new work culture, to question it, and to examine its pages of shadows. Joblift has semantically investigated 32 million online job advertisements published in Germany, the UK, France and the Netherlands over the past 12 months, and in September 2017 conducted an online survey of some of 500 Startup employees in the above Markets.

#MeToo and sexism in the European startup scene

The question that currently arises is: To what extent is the European start-up scene affected by such abuses as they are known in the case of Weinstein? How do the other working conditions and merit in startups look like this? And which locations determine the founding landscape in Europe at all?

In his European Startup Job Report 2017, Joblift came to the following conclusions:

The hashtag #MeToo could also have been proclaimed in the German startup scene: In German startups sexism is apparently more widespread than in other countries. Every eighth Startup employee in Germany was already personally affected by sexism - up to twice as frequently as in other European countries. About one-fifth of all surveyed employees in German start-ups have already been discriminated against.

68% of this is sexism, above all sexist jokes, which 80% already experienced. After all, 40% said they had been victims of non-consensual body contact. In no other of the surveyed countries were survey participants exposed to sexism to the same extent: the 13% of the respondents in German startups are only 9% in France and the United Kingdom and 7% in the Netherlands.

Although women occupy around half of the management positions, they earn around 11% less than their male startup colleagues. According to the survey, every third executive is held by a woman, plus 79% of the positions with personnel responsibility. However, the proportion of women decreases significantly as soon as personnel and budget responsibility are added - in this case the value is 47%. Nonetheless, it is above the cross-country average (31%) - namely above that of the UK (29%), France (28%) and the Netherlands (37%).

However, in none of the four countries surveyed did so many interviewees regard the gender ratio in their company as unbalanced as in Germany. There, this assessment applies to 41% of respondents, in the Netherlands to 40%, in France to 31% and in the UK to only 23%. And: Despite the relatively high percentage of women in management positions, a gender-specific wage gap of around 11% can be observed in German start-ups: The surveyed women earn an average of 40.087 Euro, their male counterparts 44.309 Euro. 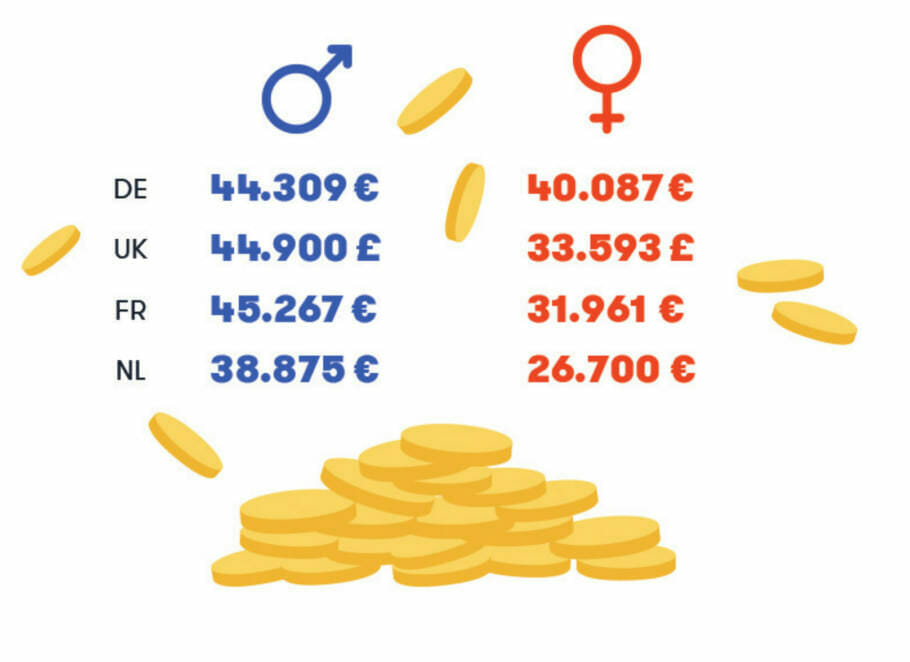 In general, startups pay 7% less and require 10% longer working hours than the average German employers - what so far was a subjective assessment, with which dissatisfied individual dissatisfied employees made in the media, thus becomes a certainty. After all: In Germany startups are still paying better than in other countries.

According to the survey of German startup employees, the average annual gross salary of 41.510 Euro is 22% of respondents earning less than 25.000 Euro. Although this income is around 7% below the value of the national average calculated by Statista, 5% is above that of the survey participants from startups in all four countries. Just over half of the surveyed German startup employees work between 40 and 49 hours per week.

The average weekly working time is 45 hours - four hours more than the all-German average, as figures from the Federal Statistical Office show. The average week-long working time is even higher with 46 hours. This extra work often equals startups with flexibility - 90% of German start-up companies promise flexible working hours in their job profiles. This makes them the most popular supplementary service, in front of free drinks and food (86%) as well as employee events (78%).

Berlin is not Germany's boom town

Surprisingly: More than a third of all German startup jobs are created in Berlin, but the job market in other cities is growing by up to 15% more. In Germany, a total of 47.319 job advertisements from the last year were assigned to the start-up industry. Alone 37% of them were tendered in the German capital, followed by Munich with 14% and Hamburg with 7% of job ads.

Even though Berlin asserts itself as a German incubator, its significance is waning: While the number of published jobs in other cities rose monthly, for instance in Cologne by 5% and in Frankfurt by 6%, it stagnated in Berlin. In addition, Berlin is competing on a European level with other founding capitals, above all London - where 21.549 startup jobs were advertised during the aforementioned period, 24% more than in Berlin.