Mark Sycamore has won several awards as one of New Zealand's best chefs. How did he do it? In the first part of the conversation he tells about his career, his travels and the international cooking culture at the other end of the world. 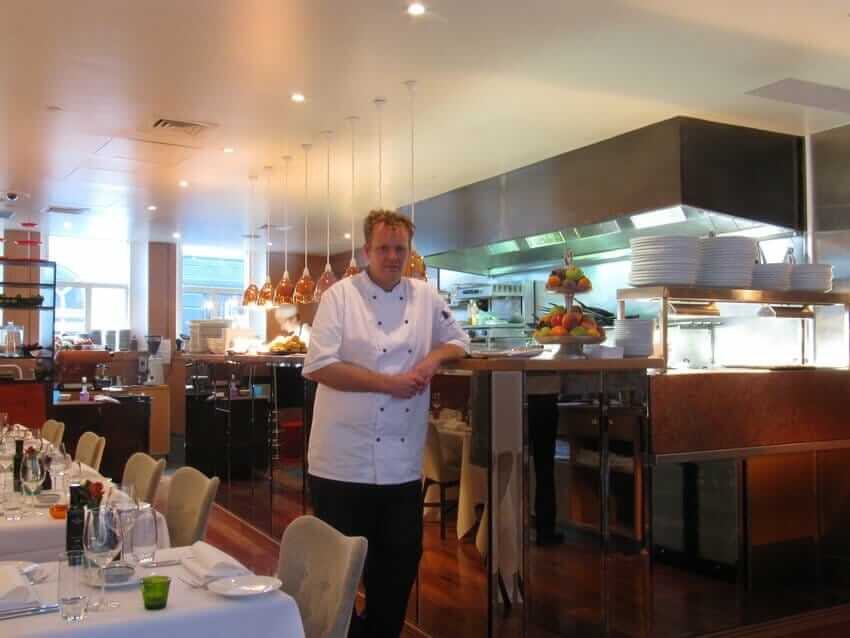 He looks calm and friendly, almost shy, when I meet him for an interview in his Kitchen Restaurant at the Hotel de Brett in Auckland's city center. In the library next door has just started the pre-dinner drink, in which the guests can get to know each other better, while Mark tells me his life story.

Originally from Halstead in Essex, England. Even with 10, it was clear for Mark that he wanted to become a cook: his big sister, 7, older than him, had made it his own. With 15 he had his first part-time job in gastronomy. With 18, he finished school and emigrated to New Zealand with his family.

There he completed a cooking lesson and worked in different places. Soon he began to take part in cooking contests and to gain a good reputation. 2004 he began at the Blanket Bay Lodge, which Condé Nast was the second-best hotel restaurant in the world. 2006 became Mark Cook of the Year in New Zealand.

2008 was marketed as Chef's Chef. 2010, he spent several months in a hotel in Honkong during an exchange program. He then traveled through Vietnam, Cambodia, Thailand, Malaisia ​​for four months before joining the Hotel de Brett. His Kitchen Restaurant was 2011 among the finalists for New Zealand's Restaurant of the Year.

Sponsor: The research on this article was supported by TravelEssence, who paid the travel expenses to and in New Zealand as well as accommodation. 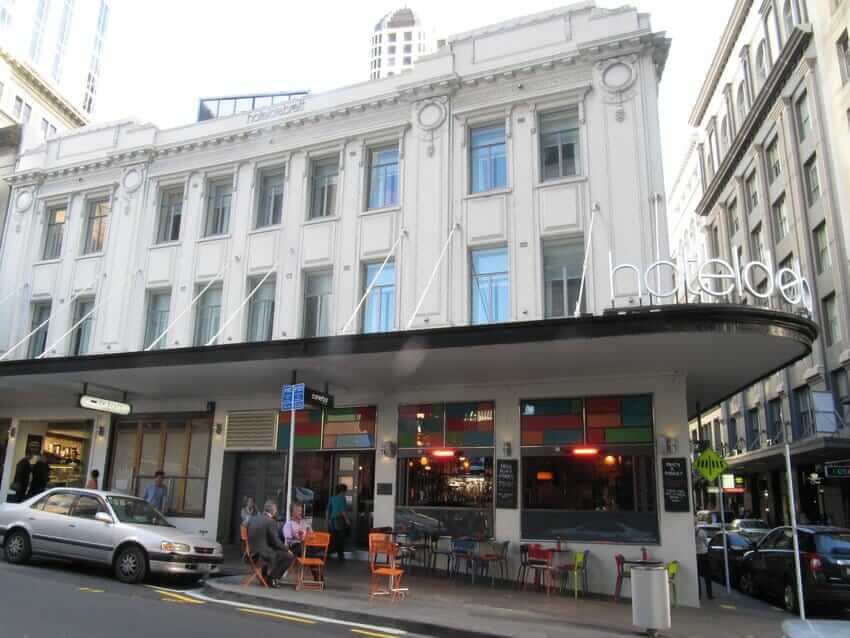 Multicultural in the kitchen

He always loved Asian cuisine, he says, and tried very hard on his travels. However, Asian cooking does not play a role in his own creations. Rather, Mark describes his cuisine as classical English with French influence. Very traditional. But, he adds mischievously, that is the good thing about New Zealand:

"The country does not actually have its own food culture, it brings together influences from all over the world. And so we can experiment freely with the different tastes - what luck! "

Endure pressure and stress in the kitchen

For example, those who go to Europe for Italian food expect classic Italian cuisine, says Mark. In New Zealand, however, it is by no means uncommon for French, Thai and Vietnamese influences to join the Italian meal. "That's just really multiculturalism," laughs the likeable chef.

The multi-award winning New Zealand Spitzkoch Mark Sycamore, currently working at the Hotel de Brett, Auckland, reveals his secret in the interview: a conversation about his own quality requirements, the love of good food and how to reduce stress and stress in the kitchen withstand. 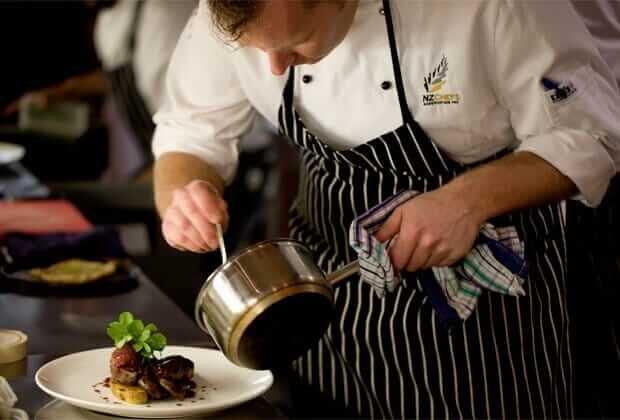 Not only international influences and playing with different tastes are a feature of Marks Essen. Quality, naturalness and healthy food are one aspect that plays an important role in Mark's kitchen:

He works only with fresh seasonal ingredients. "Many people spend 20 dollars for a large portion of bad food. For the same money, you can also get less, but high-quality food, "is his motto and puts it in a nutshell:" Love your food! "

Gluten free instead of rolls

This is something that I especially notice at breakfast: at first glance it seems a bit inconspicuous, it is missing, for example, rolls, sausage and eggs. But on closer inspection, Mark deliberately omitted these unhealthy ingredients:

Instead there is gluten-free bread, low-fat milk, muesli and jam, both homemade, sugar-poor muffins, only fresh fruit and freshly squeezed orange juice. 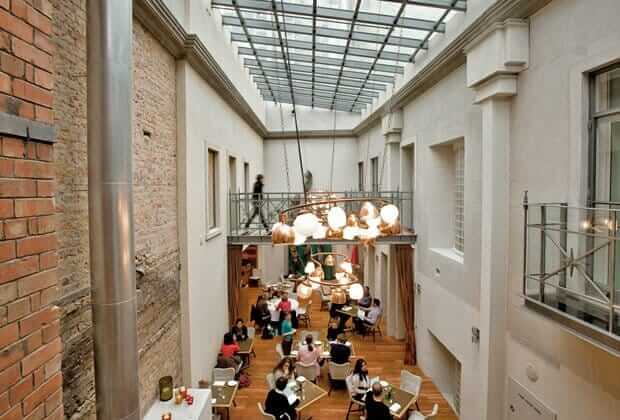 Stress because he loves what he does!

That sounds like a great job and Mark is really satisfied. Yes, he says slowly, he loves what he does - and you can tell that, "I work 12 hours a day, 60 hours a week, most of the time I stand - you can not do that, if you do do not like!"

Nevertheless, the kitchen is not a relaxed place, rather a "Crazy Place", a crazy place where you are constantly under pressure. "Our Team consists of only four people, a small kitchen so, but on some evenings we cook for up to 70 people. There has to be every move, "he says.

Mark over his shoulder

However, it does not bother him that the kitchen is integrated into the restaurant so people can watch it while eating. "I cook for myself first, so that it meets my quality standards, and then for the guests. If they are happy, I am satisfied. "

If you want to watch Mark cooking while cooking, watch this video: