Brad Pitt has done it in Tibet, Julia Roberts then: self-discovery, Selfness, is announced, if you want to be successful. To do this, meditate, go to the monastery or clean up with negative beliefs. 2 books show how it works.

By the way: You can find many more hand-picked reading recommendations in our section Editorial book tips. 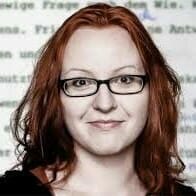 Christiane Kürschner is a copywriter, journalist and editor in Berlin.

Content - More knowledge, PDFs books and personal advice here Hide
Brad Pitt, Dalai Lama and the superstars of Buddhism
Buddhism in everyday life
Living Buddhism
Forget the key in the backpack
Living in the here and now
Positive Affirmations - Rethink Beliefs
How we think about ourselves
Gender stereotypes that shape us
Question beliefs and make decisions more freely
Replace negative thought patterns with positive ones

Brad Pitt, Dalai Lama and the superstars of Buddhism

First there is Khenpo Sodargye is one of the most famous Buddhist teachers of our time. His first book in German has just been published. It is said: “Happiness will find you when you are not looking for it”.

We know Brad Pitt in “7 Years in Tibet”. We also know the Dalai Lama and his messages. But who knows the next superstar of Buddhism?

Khenpo Sodargye's mission is to translate Buddhist wisdom into digitized and economized everyday life. Because: We can understand the most intelligent thoughts of Buddhism.

How we can use them in our daily life remains mostly a secret. The Tibetan Lama travels the world and explains in lectures such as “A Way to Think in Turbulent Times” or “How Tibetan Buddhism Appeals to the Young and Urban?” How Far Eastern philosophy can enrich us and our lives.

In his book, he reprocesses Buddhist wisdom by addressing subjects such as “meditation through mindful silence”, “only loss is certain” or “why is life so difficult?” pictorial stories told. Impermanence, stress, jealousy and self-love: the topics are not new, but Khenpo Sodargye describes them in a particularly everyday way.

The book of Buddhist wisdom is full of stories that settle in the mind and give impulses for a life on the pulse of the time with Far Eastern touch. Thus, the Tibetan tells of two brothers, in the 80. Floor of a high-rise building.

Forget the key in the backpack

One day the elevator broke and they decided to walk all the stairs. "When they reached the 20th floor, they were already tired," said Khenpo Sodargye. They put down their backpacks and went on without ballast.

Once on the 40th floor, the whining grows and they argue about who is to blame for the situation. Finally, they run out of energy on the 60th floor. "While they were still angry with each other, they no longer had the energy to quarrel," says the Tibetan. When they arrive on the 80th floor, they are completely exhausted - and notice that they have forgotten the apartment keys in their backpack.

Living in the here and now

For Khenpo Sodargye, this story illustrates the Buddhist wisdom that we should not shift everything to the last minute, because we live in the here. Therefore, with 20 years the world is still open and we have enough energy. With 40 years, we have to hunch in the working life and in the family quite well and the stress is increasing. With 60 years, the situation is not much better, but we no longer have the strength to worry about the states.

As elderly people with 80 years we look back on a life that somehow did not go as we thought it would. "At 80, you may also feel like you have lost a very important key in your youth," says Khenpo Sodargye. The Lama understands the practice of Buddhism as the key. Anyone who started it in the earlier years "might have achieved it to some degree," said Khenpo Sodargye.

The book “On the Trail of Beliefs: How to Control Your Life Instead of Following Brain Ghosts” by Nicole Truchseß goes in a similar direction.

She makes it clear in her book: Our personality is crucially influenced by what happens around us. Especially in childhood attributes are attributed to us, which we gratefully accept to characterize ourselves. This includes, for example:

How we think about ourselves

Some structures and thought patterns burn into our brains until we do not question them any more. But we should, because some beliefs hinder us in our development. Throw the negative thinking patterns overboard and strengthen you with positive affirmations.

Some beliefs are positive. "I am a happy person and I like to approach people" is a positive affirmation that helps us to move forward and enrich us rather than hindering us. But what if we have always been told that we are a perfect fit for a decent education while the brother should do his high school diploma even though, unlike us, he didn't want to? If the basic idea that girls are less smart and that it is better to stack a little deeper burns in, this can block many opportunities in life.

Gender stereotypes that shape us

The fact that gender stereotypes characterize us is shown by a study by psychologist Lin Bian and her Team at the universities of Illinois, New York and Princeton. The story of a person who behaved very, very smartly was told to young children at the age of five, as well as slightly older children between the ages of six and seven.

Afterwards, the children were shown pictures of men and women, all of whom looked good. When asked which person was the extremely smart person in the story, the younger children tapped a person of their own gender. The older children, however, mostly chose a male person. Further subsequent study runs thickened the thesis that girls from a certain age trust men more.

If women feel inferior and assume even before the interview that the competitor gets the job and the partner knows much better where the relationship is going, there is a negative thinking pattern that inhibits and makes them unhappy. "Beliefs are deeply rooted beliefs that are often shaky and that can be based on the whispering of others or on the generalization of their own experiences," explains Nicole Truchseß.

The trainer caught herself building a belief when trying to cheer up her son, who had a poor German grade. “I wanted to comfort him and said: 'Don't worry about it, I could also write the essays', she says,“ As soon as that was said, I suddenly realized what I was doing: I just had the failure in German, so to speak declared a family tradition. ”

The trainer repeatedly discovered similar negative thinking patterns in her clients and turned them into her topic. In her guidebook "On the Trail of Beliefs", she uncovers and invalidates typical beliefs by thoroughly conceiving the supposed truths.

In an entertaining way, she traces old beliefs from our childhood that are always in the back of her mind and patterns of thought that make everyday life easier for us, but also a bit too comfortable. Those who want to break through their thought patterns, in the third part of the guidebook 22 exercises in the hand, can be processed with the negative beliefs and replaced by positive affirmations. Of course, you can do it!