Sascha Lobo got up in his column yesterday Spiegel Online vigorously scolded the German Internet scene and its smug arrogance. And: he is right in his statement. Only some of his arguments are rather bad. The attempt at differentiation! 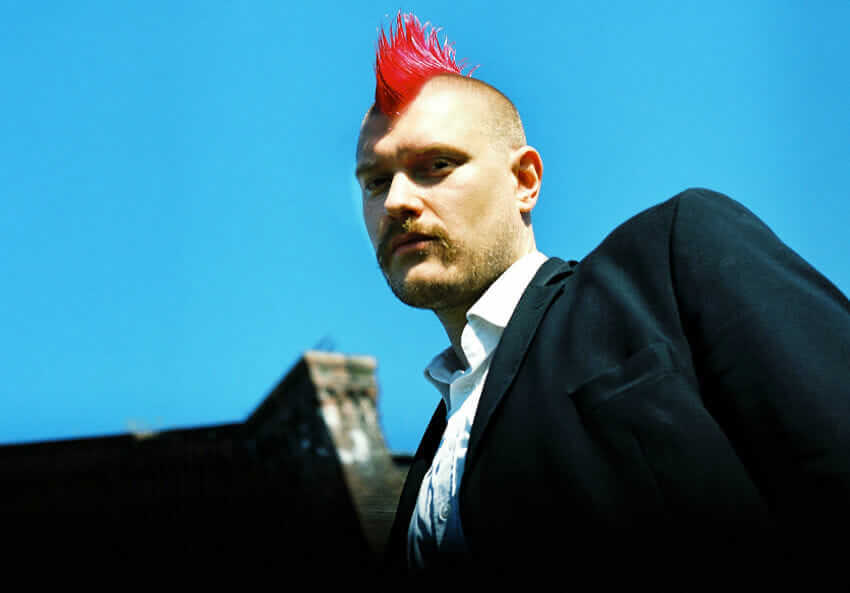 Content - More knowledge, PDFs books and personal advice here Hide
Society of specialists?
Spotted over scoffers
At Lobo on the couch
The result: No result
Is Gunter Dueck asocial?
How the network changes our professional world
Who populates, loses?
And what about Sarrazin?
"What to do?" said Lobo
But only one communication problem?
Wanted alternatives and ideas

The topic has been driving me around for quite some time: Why are the individual groups in our society, for example professional groups, clinging so much to one another that no discourse is possible anymore?

That the different groups are practically alien side by side and do not understand each other? That this gap, due to the Internet, is growing ever greater? And what can you do about it?

You could say: Lobo mocks the scoffers in his column. To be more precise, he targets the estimated 50.000 people "who somehow contribute to the discussion about the digitally networked sphere and who represent the model of a free and open Internet."

Because they behave like digital masters, who rise with great hubris other than others: namely the unsuspecting offliners and the ignorant Internet printers, which they shower with malice and contempt.

At Lobo on the couch

Lobo says, the net people themselves are ignorant. And puts the German Internet scene very skillfully on the couch:

The result: No result

Unfortunately, Lobo is right, and the result is not the desired result. Just because you want to stand out from others, you do not reach the others. It then turns out that one hundred times as many average citizens can explain the commuter flat rate aptly as the net neutrality. And that is the point of the crack like Lobo at the end of his text, politically speaking:

“Most experts - not just ours - are convinced that we are on the way to a networked, digital society. And from our circle, from the internet scene, digital intelligence should actually be recruiting, which is publicly thinking about how this way can look. To do this, we would have to shed our defiant and defiant impertinence and approach the entire society without condescension with the openness that we continuously demand. ”

As I said, I absolutely agree with Lobo in his statement. But some of his arguments are a little wrong. There is, for example, Gunter Dueck, whom he calls anti-social. Reason: Dueck had exaggerated at re: publica 2011 how the Internet is changing our social system and also the world of work - for example with questions such as: “Don't think if someone has an illness that he then knows ten times more after two Hours of surfing than his doctor? ”

Well, if you take that literally, you can actually see the “grotesque mockery of education, professionalism and science” that Lobo sees in it - and also the pandering to the audience. I did not take Dueck literally, because he was over the top to provoke.

How the network changes our professional world

Above all, ME wants to point Dueck to the decisive changes our society brings. For example, because some professions lose their importance, which we can do ourselves thanks to the Internet. For everything else, we need better equipped hands and the ability for constant flexibility and lifelong learning - Thomas has made a very good contribution to this.

For me, Dueck's merit also means pointing out the insanity to which we are heading faster and faster thanks to the rapid change in society: Namely, that many training paths and the resulting job titles are now outdated and that new professions are constantly emerging, for which one then uniform name is missing - more on this in this Article.

Which brings us to the basic problem - according to Lobo - in the whole discussion. Namely the way of discussion. That is a lot wrong - and not only on the Internet. For example, the one who always gets the most attention is the one who shouts the loudest.

With the result that the differentiated, quiet sounds are usually not heard. To be seen in pretty much every public discussion that takes place on the internet or elsewhere in the media. And I know what I'm talking about: I have it in my books for years or on Best of HR – Berufebilder.de® tried with differentiated, soft tones.

And what about Sarrazin?

Therefore, I can not agree with Lobo: whoever populates, does not lose, he wins. The fact that the number of discourse-relevant best-sellers from Germany to the digital sphere was zero in the year 2010 is not due to the missing offer, but to the way the German publishing and media landscape works.

There are probably good books, only they do not know a sow, because they are not sufficiently advertised, do not come into the press or the title is not provocative enough. As a bestseller, here is a reading recommendation. Instead, permanent suspect Thilo Sarrazin, who is also 2011 sits in the talkshows.

Lobo is self-critical: "Like many members of the Internet scene who are keen to discuss, it is much too difficult for me to present the same arguments as in the one hundred confrontations before, in a determined but friendly manner and to react to populism in a non-populist or lulz-like manner."

His demand: to turn away from populism - and is even more than populist even in this text, for example when he speaks of the digital gentleman or the anti-social Gunter Dueck. Or when he quotes CDU politician Jürgen Doetz, who accuses re: publica of “fascist tendencies” (and about whom I read something interesting the day before yesterday on netzpolitik.org).

But only one communication problem?

Precisely because Lobo has already realized that, annoyingly, there seems to be no alternative. Because the people are hard of hearing. However, Lobo only knows how not to do it, namely by paying the same with the same. After all, he has also recognized that the blame for the deep discussion ditch is not just on one side - and thus exposes the whole dilemma as a communication problem:

“In spite of all the hubris of the network community that is worth criticizing, one must at least mention that the opposing forces occasionally argue incorrectly, out of their own interests, factually, populistically or even in terms of content. This should not be played down - but it is more common for interest groups. After the third provocation, our discussion behavior should not slide into pride when we actually want to achieve something. ”

You can see that: The other side continues to build diligently on the ditch. But how do they overcome? And that is Lobo's failure in this otherwise good text, something that I really miss painfully: the demonstration of practical solutions, how to slowly fill the trenches again. Something like: KniggeCourses for nerds for example. Or anything else nonsense.

So then again just hollow words and the usual abuse critiques instead of ideas? Stop, there are ideas, namely with Stefan Urbach, who explains here very clearly how people with different knowledge background could still cooperate well. Maybe a start!

Offline download: Download this text as PDF -  Read usage rights, Because we do not automatically submit the title of this text for privacy reasons: When buying in "interests" the title register if support is needed. After buying text exclusively Download at this URL (please save).