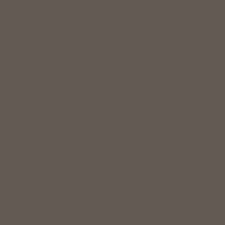 Michael Moesslang is a lecturer at the St. Gallen Business School, BAW and University of Munich, Top 100 Excellence Trainer, coach and author. Michael Moesslang has written numerous books, including "Professional authenticity: Why a jewel shines and pebbles are gray" and "So Hitchcock would present: Convince with the master of tension ”. Moesslang is an expert in the “PreSensation®” presentation method. His conviction: Everyone can become a positive ambassador for themselves or their company through personal impact and self-assured demeanor. More information at www.michael-moesslang.de All texts by Michael Moesslang.

A rhetoric expert analyzes the resignation of Federal President Christian Wulff: A speech without applause

On February 17, 2012 at 11 a.m., Federal President Christian Wulff announced his resignation at Berlin's Bellvue Palace. On rhetoric- and impact expert analyzes the body language and effects of his resignation speech.

The end of his career!

Federal President Christian Wulff said that he would resign. Put yourself in his position: After a successful political career, he only recently received the highest office in the state.

Then allegations against him become public, more and more and louder. However, allegations, the weight of which required much discussion. And allegations that Christian Wulff himself is convinced that they do not apply. And now he has to make this appearance ...

... which means the end of his career. After this office there is no more. He cannot go to Gazprom or BMW as an advisor, as a former Federal Chancellor or Vice Chancellor can. He remains Federal President, albeit with the addition of AD for "out of service". On the video you can see how big the crowd of reporters is, who crowd in the room and who want to get the best picture and the best sound.

Stresses objectively, without any emotion

So Wulff enters the room with his wife. His look is a tentative security look at the reporters without looking at them directly. Taking measured steps, he approaches the lectern and climbs onto the small podium. He begins his speech neither hectically nor hesitantly. However, this is conspicuously "emphatically factual".

He speaks monotonically and tries to avoid any emotions of his own. He also tries not to notice anything in his body language. His fingers play nervously with the red cards, at the edge of the lectern, clinging to it temporarily, and all this in constant change - but this visible nervousness is understandable, in the face of the situation.

Even his slight wavering from one leg to the other is probably due to this nervousness. However, I recognize the mastery of the emphatically slow movements. The fact that his eye contact in each case only briefly goes to the reporters, makes the photographer sure crazy, it is pure luck thing to get such a good picture.

Only in the passage, in which he pronounces the resignation, he tries to keep a longer eye contact. It is obviously hard for him. Overall, Wulff looks very rigid, tense and as remote-controlled. He does not seem to be really present anyway. There are no visible emotions.

I do not want to analyze the content now in which he is clever objectives and brings plans again. Rather, it is body language and vocal signals that are of interest. However, due to the restraint of the entire performance, they are sparse.

Even when going out - certainly the most difficult moment, because in such a situation there is no applause - there is only a half look to the photographers. Wordlessly Christian and Bettina Wulff disappear through the door.

7 responses to “A rhetoric expert analyzes the resignation of Federal President Christian Wulff: a speech without applause”