Older workers often complain of problems when looking for a job. But younger employees are also for Company not always ideal. And both deal with changes differently. 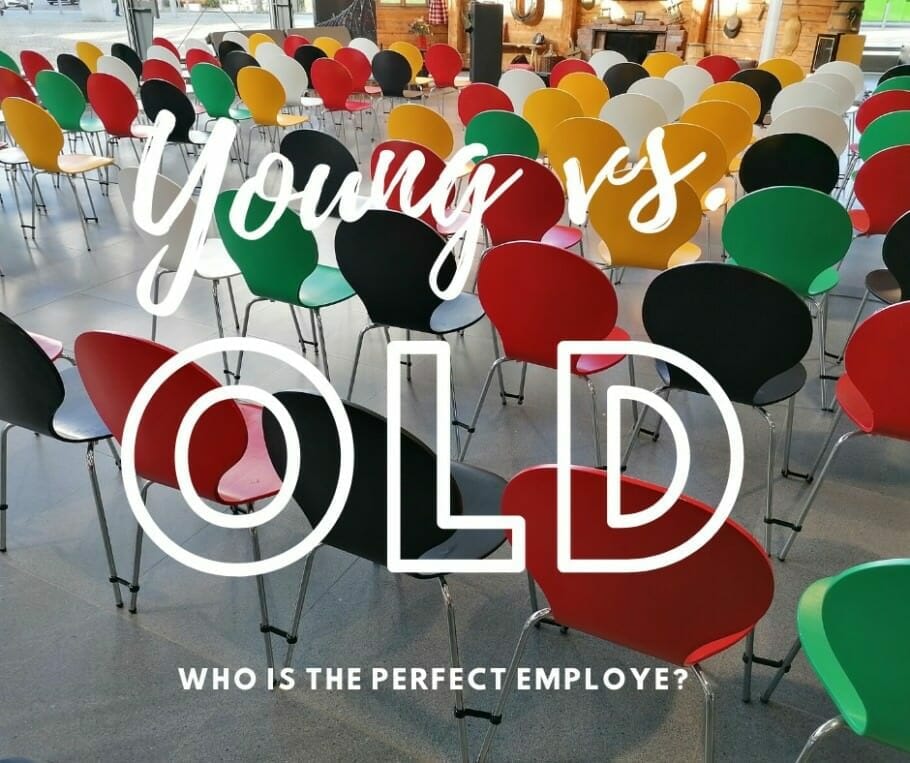 Content - More knowledge, PDFs books and personal advice here Hide
What older ones offer according to brain research
What employers value
The economic benefits
Employers do not want to invest
Suddenly from colleague to boss: When young employees are overwhelmed
The road to respect is stony
Management by buddy? Professional authenticity as the key to success
Personal effect and to stand by his words
Mixing personal and professional life: how does who deal with it?
More personnel marketing than job exchange: The main thing is cool on the job exchange
Old vs. Jung: Self-marketers have an advantage
Build trust, enable discussion at eye level

What older ones offer according to brain research

The job market does not exactly welcome older workers looking for a job with open arms. If you follow the career expert Bernd Slaghuis, they must actively emphasize the advantages they have for that Company to have younger applicants.

"Brain research has shown that older people's thinking and decision-making processes are more thorough," says communications consultant Katharina Daniels, co-author of the book "The Silverback Victory". "Although they react a little more slowly to new things, they process new impressions more sustainably and can draw from their experience."

On the labor market, however, young workers with top products are always sought, resilient and cost-effective. Wolfgang Kiessling, from Cologne, shows how short-sighted this is:

His Loro Parque Group is the largest employer on the Canary Island of Tenerife with almost 1000 employees. "I prefer to hire employees between 35 and 50 - they have experience and know what they want," says Kiessling, who has received several awards as an entrepreneur.

His recipe for success in recruiting is not perfect references, but knowledge of people and employee loyalty. "I never understood why companies lay off long-term employees - after all, the best people are those who you built up yourself in the company," he explains.

Kiessling sees the matter purely economically: “I have to be able to trust people. If an employee is good, it is also worth investing in. ”

Employers do not want to invest

This is exactly where the problem with the elderly lies for many companies: the fear of high costs. For example, for health promotion: According to the study “Company demographics management from an employee's point of view”, published by the FAZ Institute and Gothaer Insurance Bank, 68 percent of employees want it, but less than half of employers agree.

To counteract this, both are in demand: employers who know how to use the wealth of experience of older employees economically, and older employees who often confidently point out these strengths.

Suddenly from colleague to boss: When young employees are overwhelmed

They often even have something ahead of their young colleagues. Because in some situations they often act anything but confident. For example, if they are suddenly promoted to boss. A friend of mine was like that years ago. That he was no longer invited to his colleagues' parties, he commented laconically with the words: “You have to live with that”.

Yesterday an equal colleague, today boss - this provokes conflicts, especially among young executives who are not yet able to handle it confidently. Henryk Lüderitz also knows this from his own experience: at a mobile phone provider, he quickly became a manager with an annual budget of 15 million euros - and was almost freaked out when a former teammate complained about him behind his back.

The road to respect is stony

Especially for young executives, the path to respect is often rocky and accompanied by a constant inner conflict: “When does it make sense to give in? At which points, on the other hand, is it more authoritarian to take action? ”Asked Lüderitz, who finally consciously avoided the stress of leadership and now works as a trainer.

For impact expert and author Michael Moesslang, respect has a lot to do with professional authenticity and personality. ”The more confident and confident a person is, the more respect and persuasiveness they exude,” he says.

Management by buddy? Professional authenticity as the key to success

And it is precisely this natural authority which is important when one wants to be taken seriously. But beware, this has nothing to do with dominant behavior, because pressure only produces back pressure.

But the opposite, the management that is so common at Kumpel, is also wrong: Those who prefer to behave like a good friend for their employees may not dare to make an unpleasant but necessary decision. And maybe even end up trying to shift responsibility. No wonder if the respect flutes then.

Personal effect and to stand by his words

Anyone who wants to be a leader must therefore, on the one hand, train and learn personal effects and communication skills, convey desires so that the employees can accept them and make them their own.

On the other hand, it is also important to stand by one's own words and to set a good example, even if it becomes unpleasant. This is the only way to gain respect in the long term.

Mixing personal and professional life: how does who deal with it?

But you have to say clearly: There are certain differences between the two age groups. For example, on a topic that is becoming increasingly topical: the mixing of professional and private events.

I remember a ski event where companies were looking for new talent: bright sunshine, miles of downhill runs, endless parties - sounds fun, but you can find a new job like the “Students on Snow” as “Europe highest job exchange ”promises?

350 students, representatives of companies like Siemens and Bayer as well as from economic regions like Heilbronn-Franken and Northern Black Forest talk about jobs during winter sports. Nice gag - or could such forms of recruiting be popular and also interesting for more experienced target groups? At the invitation of the organizer, I took a closer look at the two-day event at Nassfeld in Carinthia.

The companies want to anchor themselves as “cool” employer brands in the minds of the young top talent of tomorrow - in fact, students from subjects such as economics, mechanical engineering or industrial engineering are here in particular. The lesser known companies hope to attract more attention than at classic career fairs. Rather personal marketing than job exchange.

Internships and job applications are being discussed, not on specific job offers. It is about contacts for the future, even if it is not clear to all students. Although the fun is the focus, companies register exactly how someone presents themselves in the seemingly private environment.

Old vs. Jung: Self-marketers have an advantage

This is exactly where there is a big difference between the old hands and the young, hip people: Those who are not shy and can market themselves well have a clear advantage. Because even if the students were able to send their CVs to companies in advance, many do not know how to address the employers in particular or what exactly they are doing.

But the companies are also unsure: A personnel officer told me that she didn't want to just chat to the young people when they were celebrating. The difficulty here is to get into conversation with each other at all. The older people are often too concerned about professional and private aspects. The differences in mentality are clearly shown here.

And yet: When a young student has a relaxed chat with a large group's HR manager about snow conditions and snowboards, you can see the advantages of such events. Because such situations build trust between young and old.

Because then not applicants and employers, or youngsters and old hands talk to each other, but two people who are enthusiastic about something together. This is exactly what cooperation with all ages should be about.