Chris Whyman is acting world champion. And in Town Crying, German city calls. When he starts, even Canadian Finance Minister Jim Flaherty (right in the video with suit and doll) must laugh. A report about an unusual career.

Even if the whole thing looks more like a show for tourists at first sight: Chris wants to know his job as a serious job. Town Crier were down to the 20. In the meantime, important people who called out news before newspapers.

Because not everyone could read and write. The Town Crier, a German city caller, had the task, since the Middle Ages, of bringing messages to the people at public places and markets. 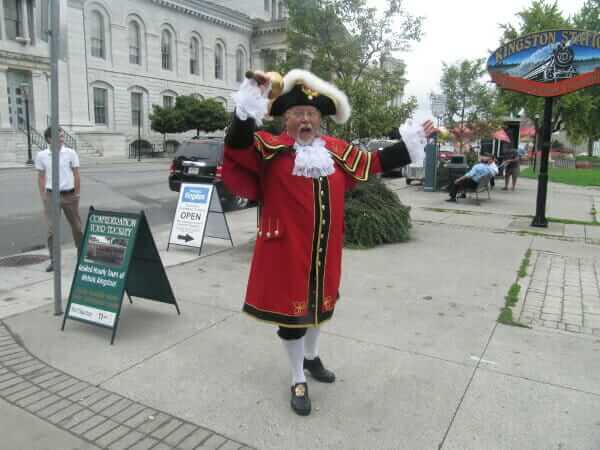 A bit like an early form of social media, where news is more like being called out in a marketplace. And history is repeating itself today when Internet communication rivals the newspapers - as the towncris were replaced by newspapers at that time.

Chris also started his career as a town crier practically on a market. Years later, the original secondary activity brought him a full-time job as a manager of the visitor service at the Kingston Tourism Bureau.

From Geography student to Town Crier

The likeable fifty-year-old originally studied geography - at the famous Queen's University in Kingston, which awards the oldest academic degrees in Canada. But after graduating, he couldn't find a job and started a small photo shop independent.

1984 was asked by the Merchant Association in Kingston to make public announcements on market days. 1991 decided to participate virtually overnight in a town crying competition to mark the bicentenary of Ontario, Canada, and win. It was followed by other national and international competitions. 2005 finally offered him the tourism office his current job. 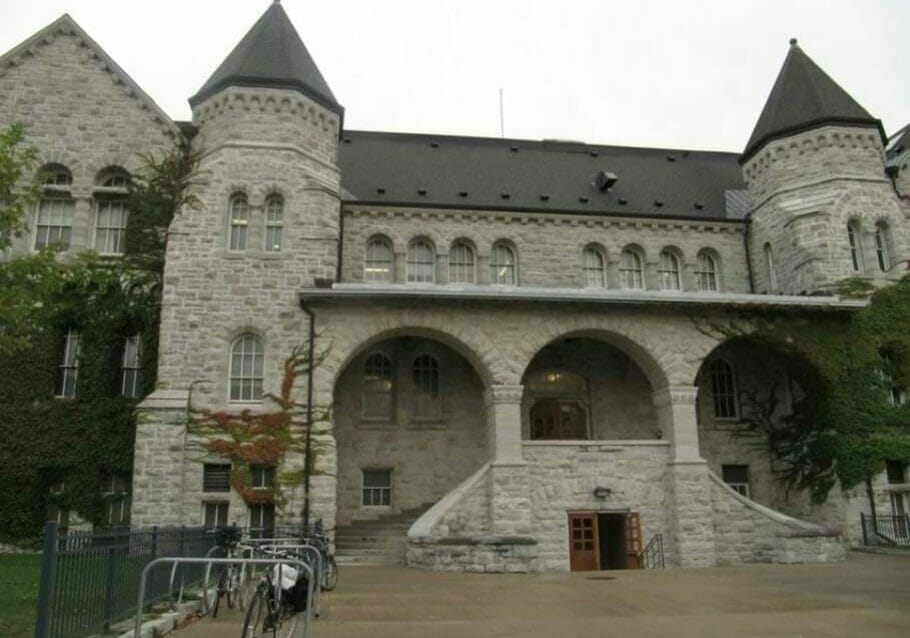 Queen's University, founded in 1841, is one of the oldest universities in Canada. The neo-Gothic limestone architecture is characteristic.

How to meet the Canadian Finance Minister?

And it has it all: From then on he presented his hometown worldwide and undertook trips to Australia, Belgium, England, Ireland and of course within Canada and the USA. At the graduation ceremonies at Queen's University, he reads the proclamation that the students have to repeat.

And he meets people like Treasury Secretary Jim Flaherty who's on that 29. 2011 had come for a charity event in honor of the first Kingston-born Canadian Prime Minister, John A. Macdonald (the way the doll is portrayed by Macdonald, by the way).

Twice, in 2004 and 2010, Chris won the Lord Mayor of Chester's World Town Crier Tournament. In 2012, he will now host this World Championship himself in Kingston and Ottawa: The 60 to 90 best towncriers worldwide will compete against each other in July 2012, with the jury making a pre-selection. If you want to join in as a town crier (or just like that), you can contact Chris directly apply.

It takes place for four days in Kingston and for a day along the historic Rideau Canal, which is the world cultural heritage of the UNESCO before it goes to the Canadian capital Ottawa. The connection Kingston-Ottawa is no coincidence: 1841 joined the first Canadian parliament. Up to 1844, Kingston was the country's first capital.

Kingston is also known for the Great Rideau Waterway. He connects the capital Ottawa on the Ottawa River with the city of Kingston. The 202 km long canal was opened to 1832 and is the oldest continuously used artificial waterway in North America. For ships to use it, lockkeepers still have to lend a hand themselves. 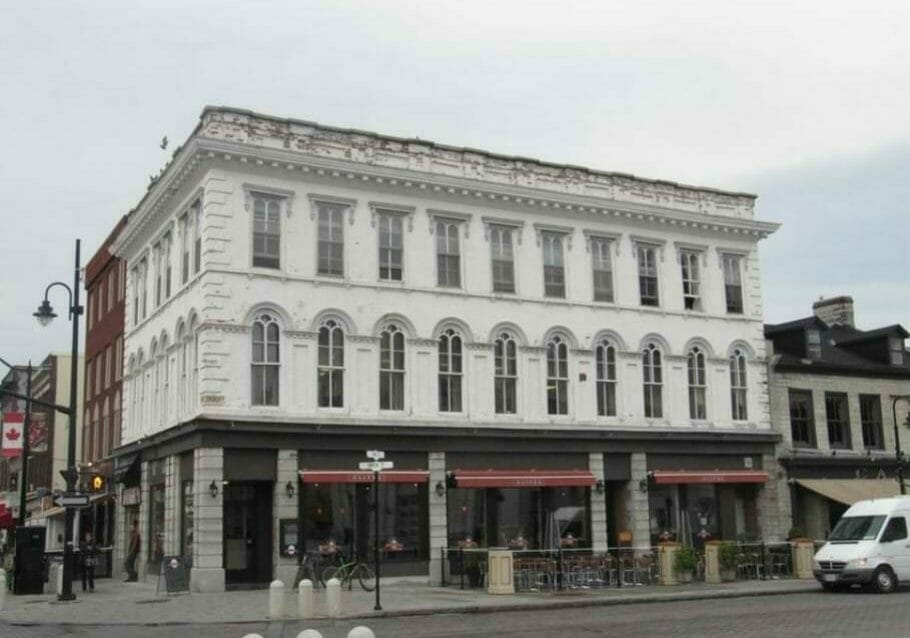 Canadian history is quite alive in Kingston. Where people look a bit stupid when Chris drives me in his Town Crier uniform in the car in the car, so I can quickly make some photos of the university again :-)

The sympathetic to Chris is that despite his representative duties, which somehow very reminiscent of the British motherland, remains so completely natural and does not take itself also so important:

“The Minister of Finance will come afterwards”

“He has two more appearances afterwards,” he tells me in his favorite pub, the Kingston Brewing Company (traditionally, of course, “Canada's oldest wine-producing pub”).

In between he could take me to the train station. And forget to mention that the appointment is the Canadian Finance Minister.

4 responses to “The changing world of work and life: how the Kingston town-crying champion inspires the Canadian finance minister”