Hone Mihaka is a Maori and chief of the Ngapuhi. Thanks to tourism, he has achieved modest prosperity. The internet has played a large part in this. How does he live and work between tradition and modernity, between business and simple circumstances in the far north of New Zealand? 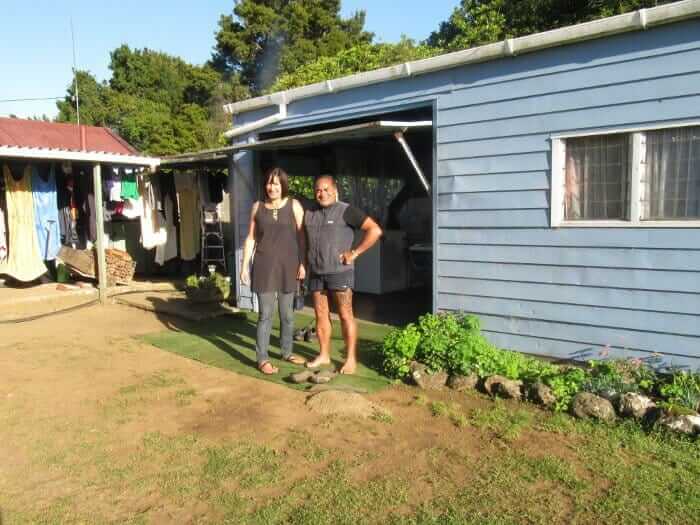 Content - More knowledge, PDFs books and personal advice here Hide
First welcome, then reinkommen
House conversion in only 5 days
Flute in the ear
Tourism has brought prosperity
"I'm not a show pony"
A motor at canoe for the tourists
Little mishaps on historical ground

Like every guest, I am greeted with the traditional, solemn welcome ceremony, the Whakatau, before I enter his house. Hones wife Judy stands at the entrance of the house and sings. She pulled a skirt over her jeans for the ceremony to cover her legs and make herself known as a woman. Because women who show their legs are in the Maori tradition like men - and would be treated like that, we explained to Hone.

Judy calls her and my ancestors, who travel in the Maori philosophy always and everywhere with one. She asks whether I am peaceful or not. Finally, I am welcomed and answered in my own language. It follows the traditional Maori greeting, pressing together nose and forehead. Now I can enter the house.

House conversion in only 5 days

Then it will be very convenient: In short, Hone tells me proudly, he wants to renovate his house from scratch. Right doors in all rooms instead of, as currently, curtains for separation, also in the toilet. One more floor, so that in the future guests will not have to sleep in the garage on the floor.

A staircase and a porch. And a real kitchen. The house renovation should only take five days: Then the whole family comes, everyone camps in the garden and rebuilds the house: I doubt whether that is a little short, I ask. “No,” Hone says, “everyone comes to help. And he promises to post photos of it at Facebook adjust. To date I haven't found any.

Flute in the ear

"Even backpackers have signed up for support," says Hone proudly - and laughs. He is now known far beyond the borders of New Zealand, thanks to his job as a “tourist attraction” that he has been doing for 15 years. Because Hone is a strange guy.

So he has a flute in his ear instead of an earring. This is very practical because he can take it out and play on it at any time, he says - and then demonstrates it straight away. He can also blow melodies on shells. How did he make such a big hole in his earlobe? "With a feather" he explains and adds to my puzzled expression: "With the feather I drilled the hole and then gradually enlarged it with a small branch."

Tourism is a blessing to Hone and Judy - he brought them prosperity. Now, finally, they have earned enough for the house remodeling. His wife Judy can not wait.

She, who grew up in a large house in Wellington, the mother Maori, the father knows, first had to get used to the small, somewhat poor-feeling wooden house that formerly belonged to Hones parents, as she tells me: “When Hones father asked us in 1997 I didn't want to move here - our standard of living was higher in Auckland. ” Now she no longer knows how she used to live in the city with all the people and the smog.

Hone shakes his head when I tell him that there are people in Berlin who demonstrate against tourists: "Fighting tourism means fighting money," says Hone. At the beginning, he didn't even have enough money in the tourism industry to do marketing for his small business.

But then the New Zealand Tourist Office discovered the Maori as a unique selling point of the country - and Hone received orders. First he performed with a Maori group, who performed the haka, the traditional Maori ritual dance, on cruise ships. But that was soon too artificial for him, too fake: “I'm an original, not a show pony”, he says confidently. 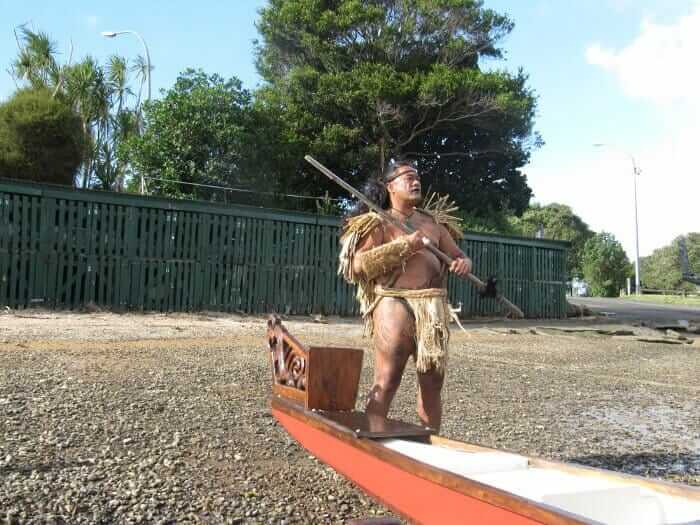 A motor at canoe for the tourists

Today, Hone and his tribe offer canoe tours for tourists on the Waitangi River. More than just paddling: before each tour, the gods of water, wind and wood are invoked. Because the canoes, the waka, have a long tradition with the Maori and tell stories.

With just such canoes, the ancestors were rowed from Hawaii to New Zealand - a nautical masterpiece, so to speak. Its nine canoes were made by the tribe itself - and has largely followed the traditional design. However, the modern canoes are made of fiberglass.

Hone has just bought a motor for his canoe - "if the tourists get tired". And he didn't start his bast skirt today either. "Too cold" as he says. 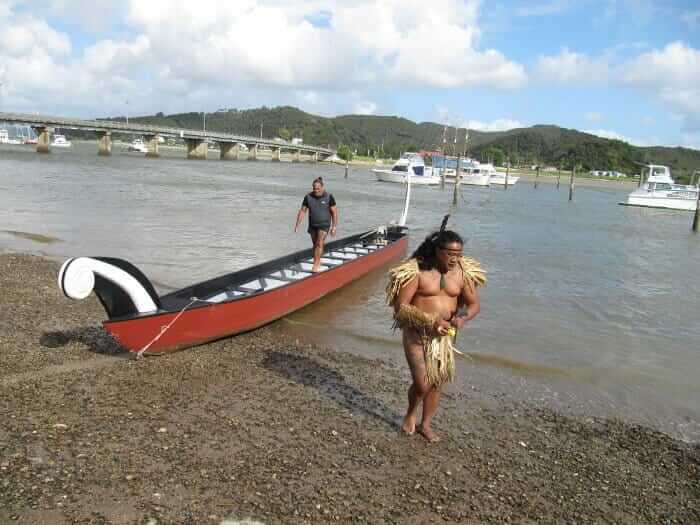 I accompany him on a tour with students from an elite girls' school in Auckland. Contrasts could hardly be greater. And while Hone tells us about James Cook, who was the first European to visit the Bay of Island and gave it its name, about the early European settlement and the Waitangi Treaty, which was signed here in 1769 - he throws his euphoria into it Lecture bowed his car key into the water.

And of course he does not find it again. Now he has to borrow a cell phone from the teacher to call his wife, so she can give him the replacement key. We can not make it to Hararu Falls today. But the girls still had fun. 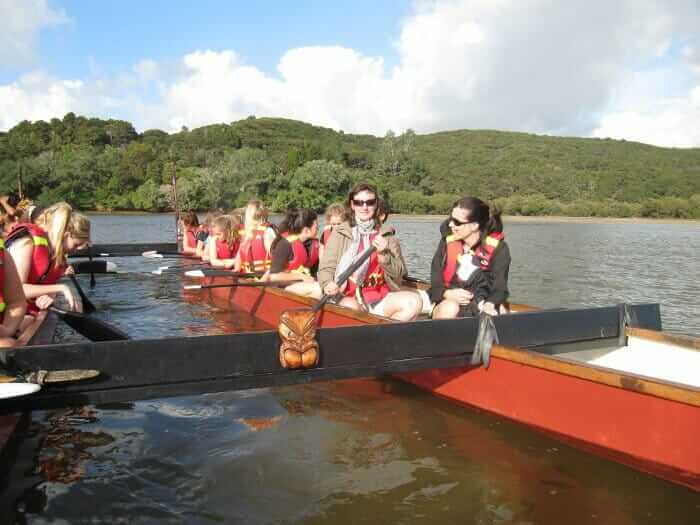