Disclosure & Image Rights: The video material was provided by the respective creator of the video. 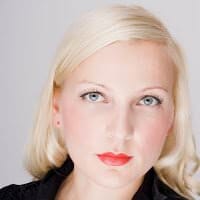 Jeannine Koch (née Bahrke) is a qualified media consultant. In August 2010 she finished her studies at the Institute for Language and Communication at the TU Berlin. In her thesis she dealt with the topic “About the public handling of private data using the example of Facebook”. She also studied English and American Studies and Modern German Philology at the HU and TU Berlin and International Communication at Macquarie University in Sydney, Australia. Since November 2010 she has been working in marketing and PR at a Berlin shoe label. On Twitter she is on the road as @ djane0815.

In September 2006 Facebook the news feed and the mini feed and at the same time provoked one of the first major discussions on the subject of “privacy” on Facebook. That shows how much privacy at Facebook has been affected in the past few years.

In this video, Pierre M. Krause talks about sharing, posting, nudging, joining groups, etc. at Facebook funny by having the us-too-love-facebook- Simply transfer habits to reality. And he shows how absurd the whole hustle and bustle can be. Because it quickly shows how little people really care.

But above all it shows one thing: How important good filters are on the Internet. So that you only get the information you really want. One possibility, by the way, that Facebook is definitely given, which Krause really ignores in the otherwise very funny video.

But Facebook has created its own filters over time. The users who have been actively using the profiles of the other Facebook-Users who had to visit to find out what those had written or uploaded there were automatically informed about it with the introduction of the feed, aggregated on a new user interface.

After logging in to Facebook the start page consisted of a list of all status messages that befriended users on Facebook had set. However, users felt that their privacy was curtailed because there was no choice of whether or not to consent to this publication.

A life without status messages?

Since then, the public list of status reports has belonged to Facebook to the standard setting. However, there were voices at the time who believed that users who complained about this innovation were naive.

This view was justified by the fact that users already have information on their public profiles on Facebook would set which would be visible to everyone, regardless of how Facebook decides to provide information. Today it seems unthinkable that we live without status reports.

However, Michael Zimmer bases his opinion on this Concept ABC School Joke Oud contextual integrity, which states that the collection and dissemination of information must always be tied to adequate protection of privacy and norms within a specific context. Helen Nissenbaum, Professorin at New York University, contextual integrity describes as follows:

"Contextual integrity ties adequate protection for privacy to norms of specific contexts, demanding that information gathering and dissemination be appropriate to that context and obey the governing norms of distribution within it."

The transparency is missing!

Above all, Zimmer criticizes the lack of transparency caused by Facebook Changes made, especially about the effects, such as reputational damage, that this can bring about for the individual user in the provision of private data.

Once established standards that govern the flow of information on Facebook passed, were changed with the introduction of the news feed and undermined the existing assumption of the user about it. Despite all criticism, “sharing information” is Mark Zuckerberg's greatest concern.

Information wants to be shared

In the regularly held Facebook-Conferences for developers, entrepreneurs and innovators, such as the f8 conference, where Zuckerberg discussed changes to the platform Facebook speaks, he expressed this with the sentence “Information wants to be shared”.

According to Barker, “sharing” is at the heart of Facebook. He emphasizes that the main thing is to find people you know, to get to know new people and to track down opinions, the other facebook-Have users on specific topics. In Barker's opinion, however, this would only work if access to the profiles were open and users communicated.

“Sharing is at the core of our product. Finding people you know, learning about people you don't know, searching for what people are saying about topics that interest you can generally only happen when people are open and choose to share.