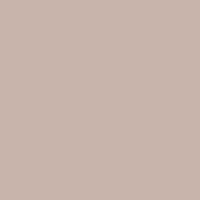 Jeannine Koch (née Bahrke) is a qualified media consultant. In August 2010 she finished her studies at the Institute for Language and Communication at the TU Berlin. In her thesis she dealt with the topic “About the public handling of private data using the example of Facebook". She also studied English and American Studies and Modern German Philology at the HU and TU Berlin and International Communication at Macquarie University in Sydney, Australia. Since November 2010 she has been working in marketing and PR at a Berlin shoe label. On Twitter she is on the road as @ djane0815. All texts by Jeannine Koch.

In recent years, there has been a change in use due to the Facebook-Users and in the architecture of today's Facebook took place. The current Facebook Its structure is aimed precisely at functions such as sharing information, facilitating the search for people with the same interests and the self-portrayal of users.

Can I be your friend?

At Facebook we constantly ask strangers for friendship, show other people our photo album or "like" something. If you look at it closely, these are all things that we would probably never do in normal life because they seem far too absurd to us. This funny video has the facebook-Modified Madness by Facebook literally takes:

"Ever thought how odd your online life is? Ever thought what could go wrong? This film looks forward to ENO's production of Nico Muhly's new opera 'Two Boys'. A new opera that lifts the lid on the dangers of living our lives online. "

But this funny thing has a serious background: it highlights the relevance of control over the sharing of personal information.

The scientist Danah Boyd in her opening speech at SXSW 2010 names another decisive factor for the drive to publish "PII- Personally Identifiable Information":

Namely the hope of being found by friends on the Internet. However, Boyd adds restrictively that this is not so-called “PEI Personally Embarrissing Information”, which the user usually voluntarily makes public.

Because in this case, this would be information that could cause a significant reputational damage - provided, however, that data would be perceived by the public at all. Boyd emphasizes that just because something is available, it does not mean that it is also retrieved.

"I have nothing to lose"

It also highlights the fact that, on the assumption that there is not much to lose, users make private data available to the public. If this is unfavorable party images, this is annoying, but in case of doubt no further consequences.

However, the fact that information that has once been published on the Internet can usually be found permanently is often ignored. Another situation arises when, as Boyd describes, a child who had to leave the state anonymously with his mother in order to flee from the violent father of the child opens an account with Facebook opened.

Facebook in December 2009 the default setting from “private” to “public” and thus exposes the mother and child to being unintentionally found by the father. Boyd emphasizes that the greatest element of uncertainty on the Internet is that users do not know how to deal with changes to the system:

"One of the most destabilizing issues online is that people aren't good at managing how the system might change the rules on them. "

Because, amazingly, Facebook earlier than a Network perceived, in which the private sphere enjoyed special protection. In February 2009, Zuckerberg wrote on The Facebook Blog:

Our philosophy is that people own their information and control who they share it with. The trust you place in us as a safe place to share information is the most important part of what makes Facebook work.

Zuckerberg speaks here of the philosophy of his company, which says that users are in possession of their own information and can also control with whom they want to share it. In this statement, it describes the trust that users have in Facebook as a safe place to share information, as a basis for the functionality of Facebook.

However, the changes in privacy attitudes in December 2009 fundamentally broke with this perception. Facebook has thus deconstructed itself. Since by default all personal information was now visible to "everyone", unless you opted out against it, this change made 65% of all user profiles accessible to the public.

Zuckerberg pointed out at the beginning of 2009 in the aforementioned blog post that the user would always have the possibility to restrict the access to the private data by third parties.

"People want full ownership and control of their information so they can turn off access to it at any time."

One of the biggest criticisms that came up in this context was the question of why one could not consciously opt-in to release the personal data instead of Facebook assumes in advance that all users would agree to this freedom of movement.

Boyd provides a fundamental explanation in her speech by pointing out that for Facebook It was only through this process that a high level of virality3 emerged and the associated network became monetizable for the first time.