Communicating politely in the job: say no - but right!

Courtesy is a virtue, even in everyday business life. It's just stupid that whoever politely swallows all toads will burst at some point. Better: Say “No” in good time! 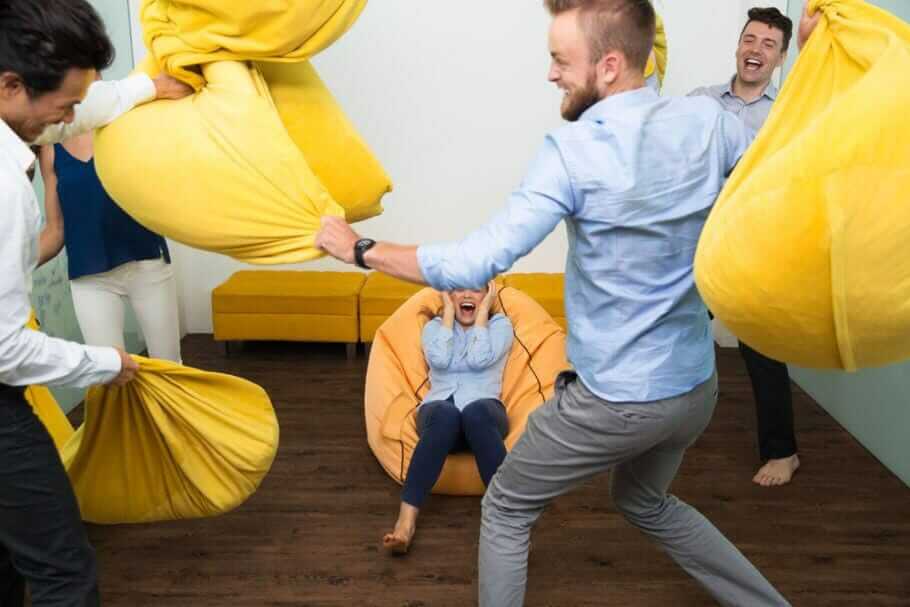 The fairy tale of poor Schmitt

Sometimes you're just too nice for this world. Or at least it feels like this. Colleague Schmitt, for example, complains about his back pain: he hadn't closed his eyes all night, he only survived the day in the office with painkillers. Oh yes oh yes .. if you could still join the file for him so that he at least comes home on time today ...

You can - because you are not a monster. Poor Schmitt, bad back pain like that, he can not do anything, let him rest.

Say no - but please on time!

And oh, miracle, the whole of the next day Schmitt is gorgeous. Super thinks, he is fully there. And allowed himself a small criticism of his work, which is noticed when working through the file pile.

But oh hurt, suddenly the back pain is back, Schmitt writhes in the chair with pain, he also has a headache, the poor guy. In the end, you are still to blame for daring to criticize him, so you apologize. "Yes," Schmitt chops in. "Your criticism has certainly promoted that ..." And of course you will stay longer today to work through the next stack of files, because Schmitt is of course gone earlier.

School games call these psychological consequences. The deliberate or unconscious defense of a bad conscience that is based on a social convention - in this case: Schmitt is sick and weak, you have to help him.

Such people, however, sometimes use their helpfulness shamelessly, even without realizing it. So you want to meet the people so a bit, helpful to reach out to the little finger - but they always want more than just ready to give, preferably the same hand, oh even the whole arm.

Achieve XNUMX% and never say “no”?

And then? What happens if you Manager She asks you to quickly do a special task for him that only you can do or a colleague begs you to jump in the breach as a good buddy for him? The great dilemma begins here especially for perfected, fearful natures. In such cases, they say yes, gritting their teeth, and take on the unplanned additional work - typically perfectionist, one hundred percent.

Because the motto of perfectionists is: "Everything that is not XNUMX percent is not good!" Could this sentence be from you? And don't you try hard enough and exhaust yourself to reach XNUMX percent? Now think about it: aren't there things in your life that are not XNUMX percent - and still good?

Reason: You cannot say “No” and always do so much for fear of making yourself unpopular - And with your desire for control, it is difficult for you to give up work to colleagues or employees whom you do not trust. Because perfectionists have a feeling of security to be considered irreplaceable. For this reason, they often impose additional work that is completely beyond their schedule and causes them even more stress.

Then it comes to the point where the smiths of this world are bellowed, until they no longer know where the front and back are, because they are really so small and weak. And one is also still the asshole, because one has made the weak, sick Schmitt to the sow.

Saying “No” in good time prevents the big bang

And the moral of the story? Say “No” in good time. About the second batch of files. When you realize that your goodwill is being exploited. Reasonably explain to the boss and your colleagues why you cannot comply with their requests.

After all, you have already met the colleague. Sure, it makes you feel like a bad person. But think about things that make you upset yourself: Do not you mind about their chaos twenty times a day? And do you take offense at your colleague in the long term? No. It is the same with your refusal. Even if they are angry or insulted at first, your colleagues will eventually realize that this is not the case - and respect you for it.

Better to avoid the stress right away

And you saved yourself and - always remember - a lot of stress! Isn't that why you sometimes have so much fun at work and things go so well because you are less stressed and can see things a little more relaxed? Or the meeting last week: the boss actually wanted to discuss something completely different. But then the discussion got messy, but some very good ideas came up.

With a little thought, you will probably come up with many such examples, all of which are not XNUMX percent, but still good! Because if you say no and don't do something perfectly, it doesn't mean that you are faulty or sloppy. It depends on the right measure. And in the end you set the right measure yourself! Because the others usually expect less from you than yourself. Therefore your “No” is also accepted.

3 responses to “Communicate politely at work: say no - but do it right!”