Soft or personal skills are often mentioned as a desired qualification, but hardly anyone knows what it means. What hardly anyone believes: The ability to criticize and the right level of modesty are actually useful. 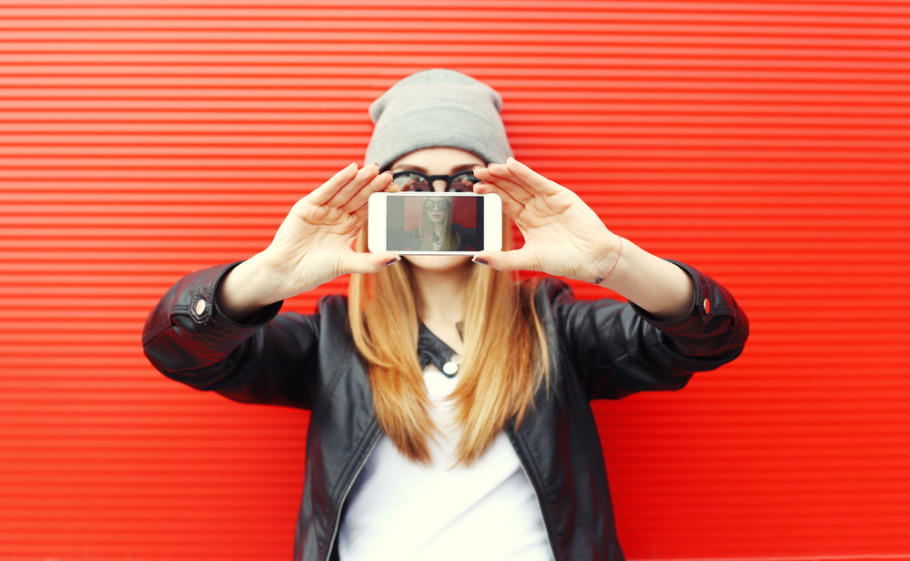 Self-marketing - does not that annoy?

Modesty is an important skill these days, and with good reason: Quite a few people are concerned with the question: How much self-expression is necessary and useful when looking for a job - and when does it all tip over?

I got the idea to deal with this topic in more detail because I keep being asked about it, for example when I give lectures on self-marketing with social media. Many listeners want to know whether the constant self-marketing on the Internet is not annoying to the addressees and whether a little modesty is more appropriate?

On the other hand, the question seems to concern many people. Modesty is still considered a virtue. The new self-marketing, on the other hand, is suspect in Germany. In fact, at first glance it seems necessary to advertise yourself like sour beer in order to stand out from the gray mass of applicants.

After all, examples of creative applications always cause a sensation in the recruiting scene: From the social media addict who applied to an automobile company to peppy resumes of various graphic designers to original applicant videos.

The highlight of this trend is that in Denmark, academics spent the last month in a shop window, organized by Djøf. Signs and brochures indicate that highly qualified people are looking for a job here.

An extended form of social recruiting so to speak, in which the volunteers no longer simply placed their profile in social networks but offered themselves.

Attention error: It's about action, not to attract attention!

This is precisely the thought mistake: If you want to catch attention at any price, you can easily pass the finish line. The fact that in Denmark of 15 Schaufenster-Sitzern just two found a job, certainly also depends on the fact that the protagonists ultimately remained rather passive.

People want to see others actively trying to do something. For example a job. A speculative application looks much more targeted. Of course, it also depends on the right qualification - but also that the boss learns about it in person.

This is exactly why excessive modesty is just as wrong as pure market yelling. In the long term, in interpersonal relationships, including when looking for a job and a career, qualifications, personal commitment, the ability to deal with setbacks and staying power count. So the important personal skills.

Anyone who also masters the fine line between creative self-marketing and embarrassing self-portrayal should not only have good cards on the job market. But be careful: the ridge is really narrow.

Because with all enthusiasm for positive thinking, conflicts should not be swept under the carpet. According to a study, a German emerged Company disputes cost up to three million euros a year. The main problem is the way it is dealt with.

All kinds of unrecognized conflict flocks smolder with small tongues and nasty remarks. Until at some point the bomb bursts: And then there is no longer a matter of factual, but only an emotional discussion, because the relationship between the parties has long been permanently disturbed.

Management trainer Cornelia Topf knows from experience that it is often no longer about the matter: "Even if we feel more willing to compromise, our brains may put us under the microscope.

Winning as a self-purpose

It has a reward center that releases dopamine in a victory - that's how we feel lucky. "In short, the desire to win is an end in itself.

So what to do? An ethnological comparison shows that with many primitive peoples, for example the Maasai in Kenya, a council of elders mediates in disputes. Such institutions are rare in German companies, instead the boss is overwhelmed and there is no money for a mediator. In short: the parties to the conflict have to come to an arrangement somehow.

One solution is the Harvard concept. Its goal is the greatest possible mutual benefits - beyond all sensibilities. First, both sides must distinguish between the subject of the negotiations and the relationship between the parties to the conflict.

It is important not to focus on positions, but on the underlying interests.

Insults or unsophisticated remarks should be immediately addressed directly - this takes them the punch. Both parties should develop as many options as possible, but they will only evaluate and decide later.

Ultimately, the decision for or against a compromise is made by comparing it with the best alternative. Even if it is difficult: It can be helpful to push feelings aside in this way. L

The German perfectionism culture as a problem

Because even if nobody likes to admit mistakes, they are important and valuable - if you use them constructively. This implies the ability to learn from it. Because this can lead to innovations.

Especially in Germany one is rather difficult with it. Our culture of perfectionism is to blame: anyone who gets caught in a mistake is stigmatized, so they are avoided whenever possible and criticism is undesirable.

Reviews at the Sunday brunch

There is another way. I was in Texas some time ago: even in restaurants such as the South Congress in Austin there are notes and pens ready for guests to use to submit suggestions for improvement after their Sunday brunch.

And while criticism in this country is often assumed shamelessly grudging, the people there are really interested in the customer's opinion, yes they ask extra again - that's what happened to me in the Hotel Meridien in Dallas, as the sales manager is not the superficial Statement "nice hotel" satisfied and extra again nachhakte. As a German you can really wonder.

Many successful US companies that have incorporated the feedback loops into the trial and error process of product development also benefit from this American culture. As a result, mistakes become a means of gaining innovation.

But how does a relaxed, constructive handling of errors succeed? First, by making it clear that criticism is a valuable piece of information that makes improvements possible. Mistake avoidance at any cost is therefore counterproductive.

However, self-supporting criticism is only helpful if it is factually expressed. Unfortunately, there is often envy behind or is used by superiors as a means of power.

Anyone who is made aware of mistakes should therefore think twice about who does it and why - and whether this opinion is competent. Above all, generalizing, derogatory criticism such as "you always make such stupid mistakes" is hurtful.

Whoever wants to know what he can do better needs more differentiated statements - and should not be afraid to demand them. Who, on the other hand, is exposed by unjustified criticism, can resist.

Not to ignore the critics or even to give him a superficial ironic right to let him go into the void are good rhetorical tricks. In no case should you discuss or justify!