Freshly baked trainees need something to find their way into working life. Company Those who respect this manage to motivate young people to take a long-term career. 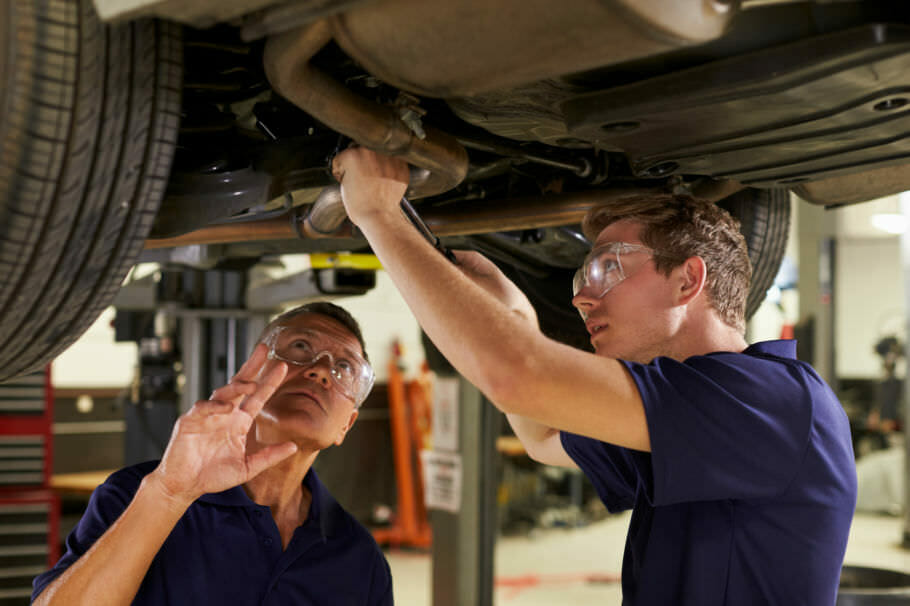 How do you motivate apprentices? 7 Reviews

Only a few days, then around half a million young people will start working in Germany again. The beginning of the training is for many a decisive experience and often with many conversion problems.

However, managers and service providers can ensure that the new start is fast and smooth, thus providing the team with valuable assistance.

Too much knowledge in a short time makes apprentices not better but overstrained. In the first few weeks we should learn how to teach the pupils.

In many companies, you make the big mistake and immediately push new trainees into the cold water without worrying about their concerns. This immediately confirms all the fears that prospective trainees display in various Internet forums. This or that company peculiarity may be normal for the workforce, but for a trainee everything is new, everything is foreign and most are really afraid of this first day.

Of course it would be wrong to give the new with extreme benefits a false impression. But to clarify the most important questions, for example, it would be useful, for example, to send a letter to them about a week before the start of training. therein:

For decision-makers, this is a document that can be put together within a few minutes. For trainees, however, it is an invaluable help, because they join the 1. August is not a completely unknown company, but at least have a rough idea of ​​what to expect and what they can avoid to leave a bad impression.

Of course, there is a training regulation in Germany, which regulates exactly for each occupation, which apprentices must be taught. At the same time, there are certain necessities that are imposed on many apprentices. And this is exactly where the various new motivational stumbling blocks lie for the very new.

It is therefore clear that a newcomer can hardly do anything really valuable for the company. But it must also be clear that it is pure poison for motivation if a trainee is assigned extremely boring and repetitive tasks only because of his or her novice status ("Please sort these files").

Of course such work has to be done. Clever decision-makers, however, ensure that no more than half of an apprentice's work is spent on it, and the other half to show really exciting things in which they get to know the profession at their best - the routine comes early enough.

3. Morning hour 'has performance in the mouth

Where there is no professional knowledge, mistakes happen quickly. However, coarse criticism and annoyance are both unsettling and demotivating.

Anyone who has worked for several months in a normal 8-hour rhythm, is generally efficient over the full working hours. In the case of fresh trainees, however, it should be borne in mind that these have often just passed a school system, in which the compulsory part of the working day after the sixth school hour, ie 13 clock, was completed.

For this reason, things that involve a lot of attention and the learning of important professional elements should be put into the morning hours at least in the first weeks. Then the morning tiredness has evaporated and the attention at its peak while it sinks again after noon and only rises again between 16 and 17 p.m.

Anyone who begins a training has been given the same rhythm of the school day for a decade. Compared to the requirements of an education, he differs considerably:

In order to transfer this to the extreme of work, a trainee who is under constant observation by other colleagues has to be attentive for at least four hours at a time, has little influence on the temperature at the workplace and none at all on his clothing.

Of course, trainees have to learn these aspects because they are part of the job. It would be wrong, however, not to make their situation a little more bearable for them. So the new colleagues should be encouraged within the allowed dress code to get “march relief”.

And if the boss provides a few little things that make the heat bearable, this pays off twice: The trainee can get cooling using an LED fan, aqua spray or cell phone propeller and at the same time sees that you are looking around cares for his needs away from work. In this way, the new that frightens everyone is at least partially weakened, and the first working days are made easier for young professionals.

A company's workforce is always one Spiegel of society. But that also means that there are enough people here who simply belong to the category “permanently grumpy” and who perhaps neither have experience with young people nor are particularly keen on them.

No matter how the operational needs are, at least in the first few weeks, care should be taken that trainees do not have to spend the whole day with these characters. Because bad mood colors very quickly on others. In the worst case, the elan that the young people have in the first few weeks will never be demolished.

Where large companies and offices are mostly modern and progressive towards the trainees, a real bad habit has often been preserved, especially in the craft sector: the pecking order among the trainees. As before, “boss” or “bully” because those who are in the higher years of their apprenticeship - and those who have just arrived have to suffer from it.

Young people understand young people. For the first weeks and the professional basics, trainees should therefore get a similarly old “teacher”.

First of all, the bad news: Even in small companies, managers cannot fully control this pecking order. To do this, all trainees would have to be under constant control. However, it can help if the new trainees do not have to do the same work side by side with the older ones (“Please take out the garbage”), but alone. In this way, the contact points remain low where superiors have no insight and the uncontrollable pecking order remains controllable in its effects.

7. On the top instead of from above

2017 trainees come from a world where they have been educated by their parents for many years and have been sitting in front of teachers who have long been trained to convey knowledge perfectly according to their youthful needs.

And then the same teenagers meet when they start their education:

However, they rarely meet people who can really deal with young people on an equal footing and impart the necessary professional knowledge with joy and in a “youth-friendly” manner.

The solution is simple: it is only necessary to ensure that someone in the company, which is perhaps even young, is chosen to teach the basics.

That doesn't have to be for the entire first year of the apprenticeship, not even for several months. It is enough if a young person who has completed the apprenticeship and yet has not forgotten what it feels like to be “the new one” accompanies the trainees in their everyday life for the first few weeks. A contact person who can impart knowledge, but without being strict, unapproachable or “from above”.

Conclusion: The first weeks in the operation decide

The first weeks in a company can decide for apprentices about welfare and woe. Whoever wants to do it right at first does not at first try to show the young people the seriousness of the working life.

Clever decision-makers go a little gentler, because for trainees everything is new in the first days and weeks. Anyone who turns the right levers here not only motivates for everything else, but also attracts new colleagues, who are loyal to the company regardless of the situation.

4 answers to "Motivation for trainees - 7 tips: increasing efficiency and performance for young professionals"