Disclosure & Image Rights: Hotel Jungbrunn supported our research on site. Image material was created with a camera provided free of charge by our sponsor Olympus, which we checked as part of the test until it was unusable.

Just behind the German border, in the remote Tannheimer Tal lies the Jungbrunn, which is itself an alpine lifestyle hotel. For meetings, the partner hotel of the VfB Stuttgart, which holds its board meetings here, is a rather exclusive location. 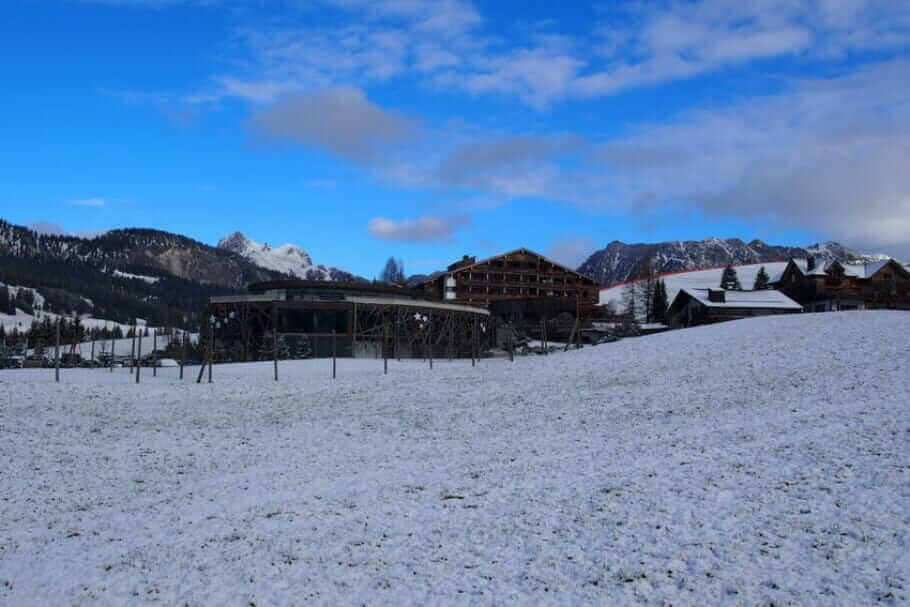 The Concept ABC School Joke Oud The Hotel Jungbrunn is unique: in the north of Austria, it lies in a rather lonely valley, the nearest train station, Pfronten-Steinach, is already in Germany.

The father of owner Markus Gutheinz 1957 started with a ski lift, in the 70ern it became a hotel. In the 90 years Markus Gutheinz took over the hotel and built it according to his ideas. 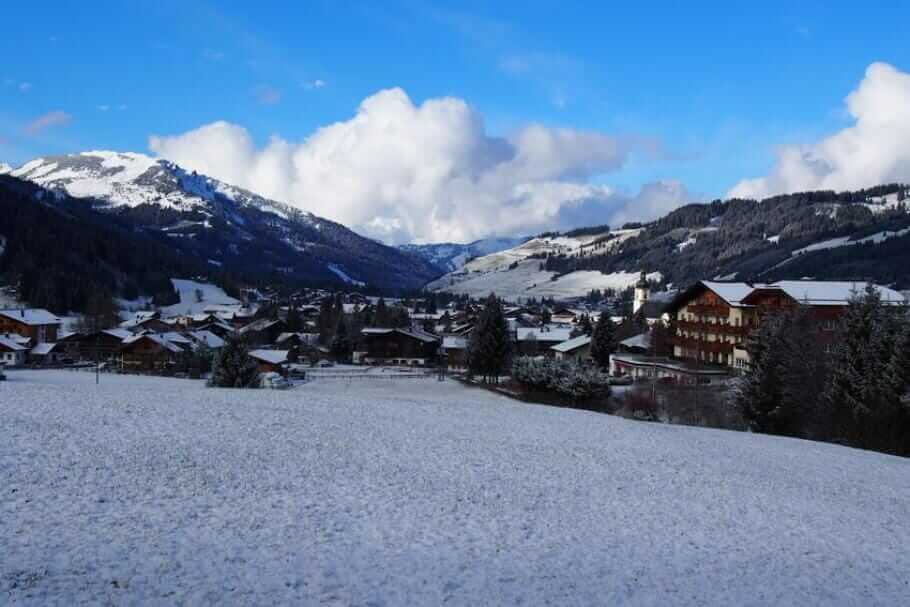 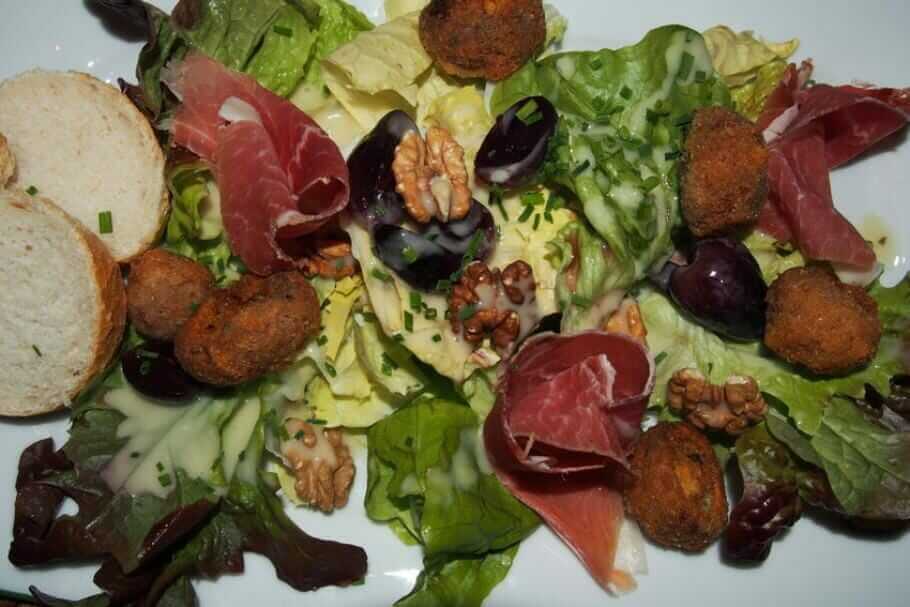 The idea behind it is a concept that works independently of the weather. Because the Tannheimer Tal is not a classic winter sports area and also in autumn the utilization in the Alps is rather low.

For this reason, Gutheinz created a concept that is unparalleled: an exceptionally successful mix of alpine tradition and modern design, both in terms of materials, style and architecture. 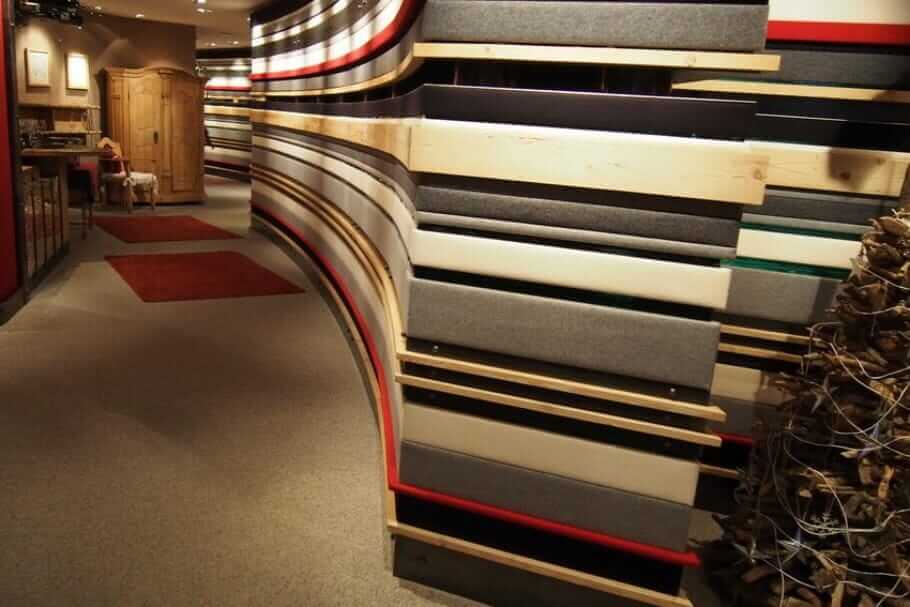 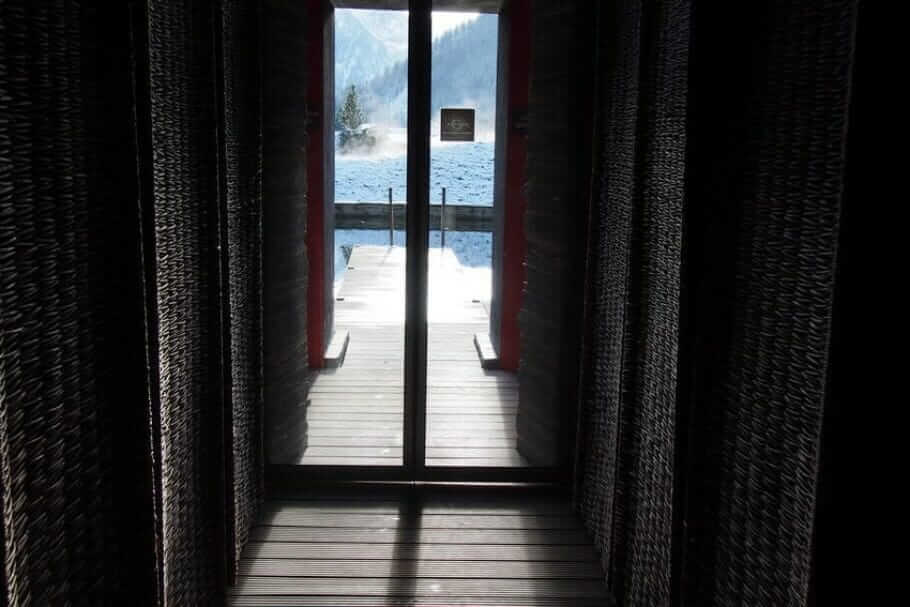 This is already apparent in the 81 rooms and suites with space for up to 175 guests, all of which are designed in different ways:

The smaller double rooms are more in a Tyrolean design with carved ceilings and wood paneling, the larger double rooms modern, yet comfortable, the apartments are more reminiscent of mountain huts. Price starts one night from 136 Euro per night and room. 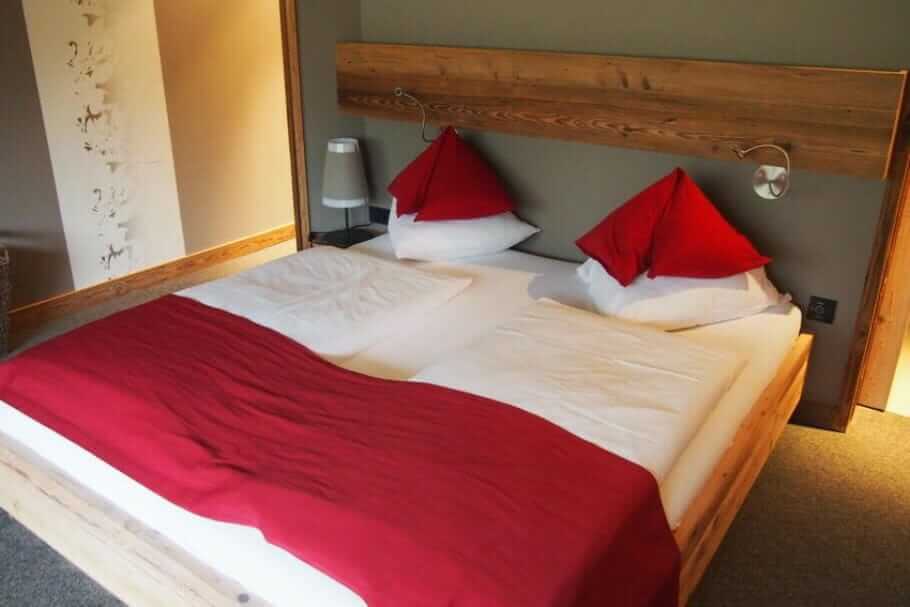 The successful mix is ​​also reflected in other areas of the house: The modern, well-built culinary delights with a six-course menu and various choices on, noon are here - included in the half board - a rich salad buffet and soups. 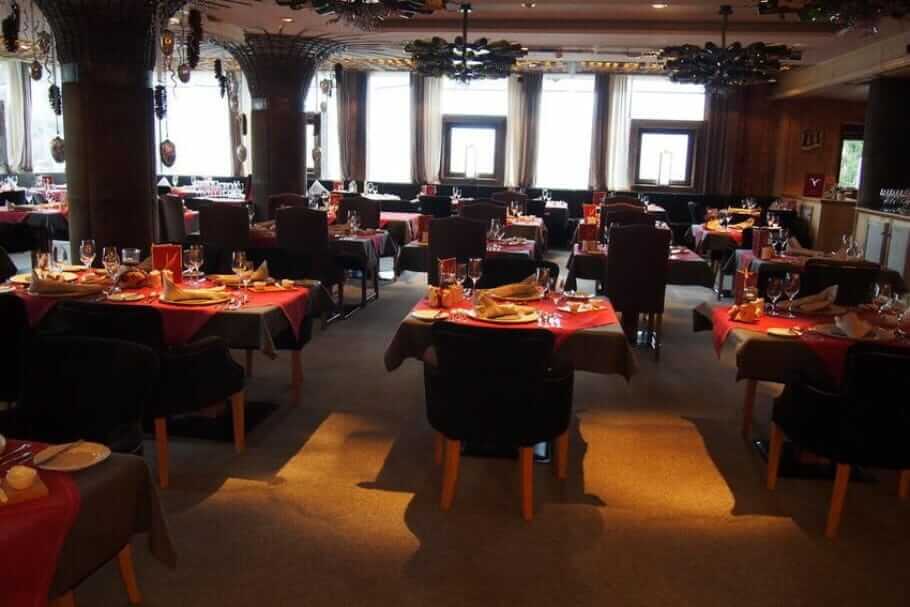 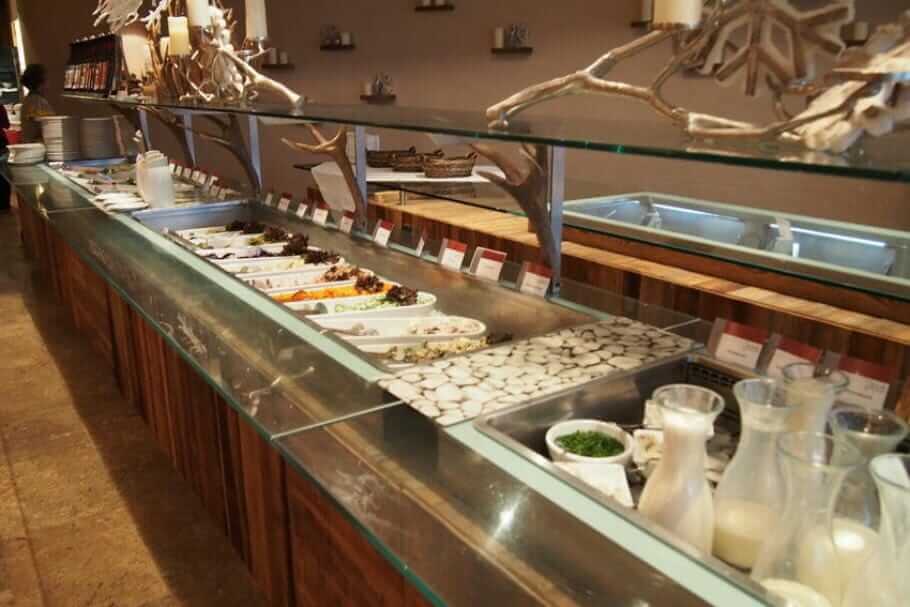 There is also the inn "Was Guat's vom Berg", a rebuilt, original 300 year old Tyrolean parlor with a modern interpretation of Tyrolean cuisine. Both restaurants are not star gourmet temples, but of excellent quality. 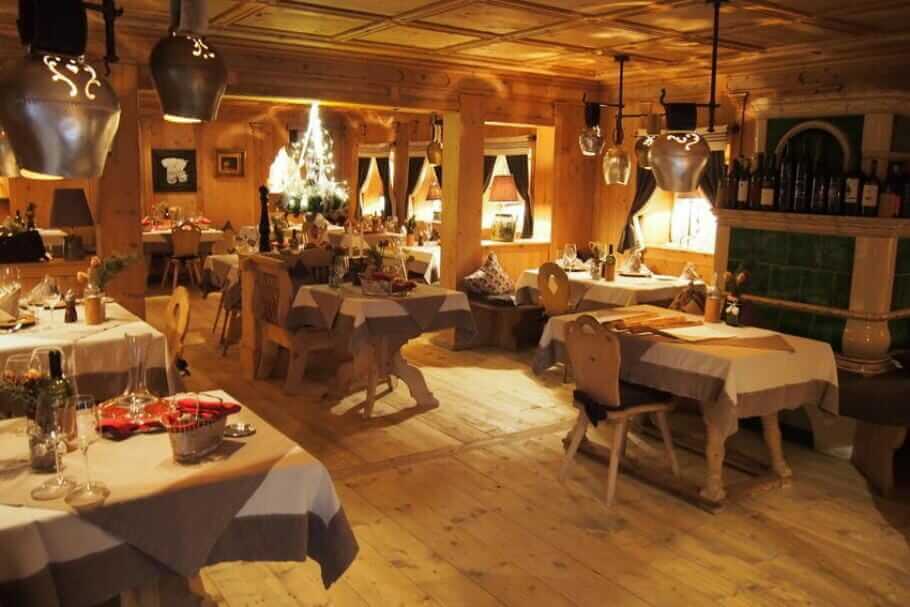 The same also applies to the service: Markus Gutheinz and his son Marcel, who will soon take over the hotel, would like to appeal to young people with his lifestyle concept.

He is therefore targeting young service staff, knowing that he still has a lot to teach many of them - to do so more in a separate contribution. 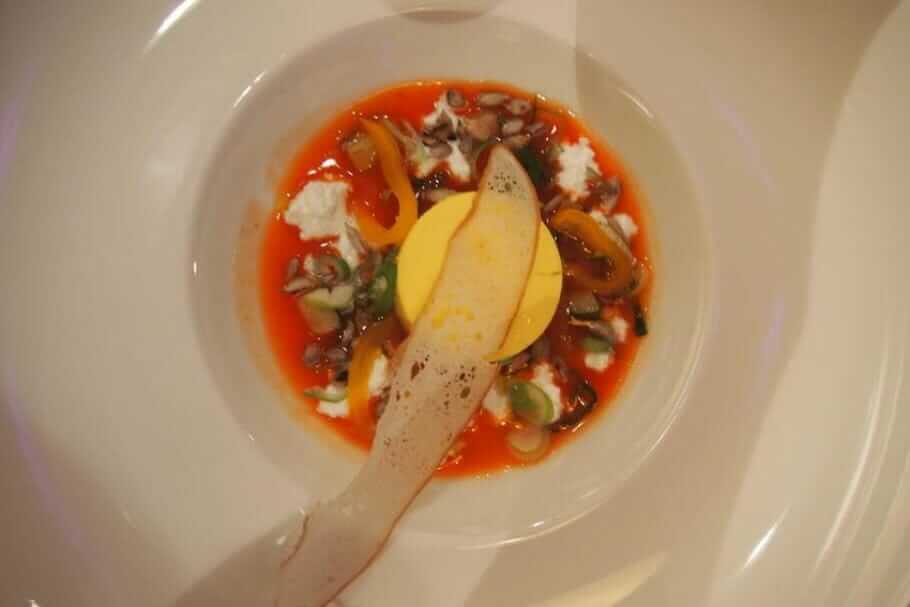 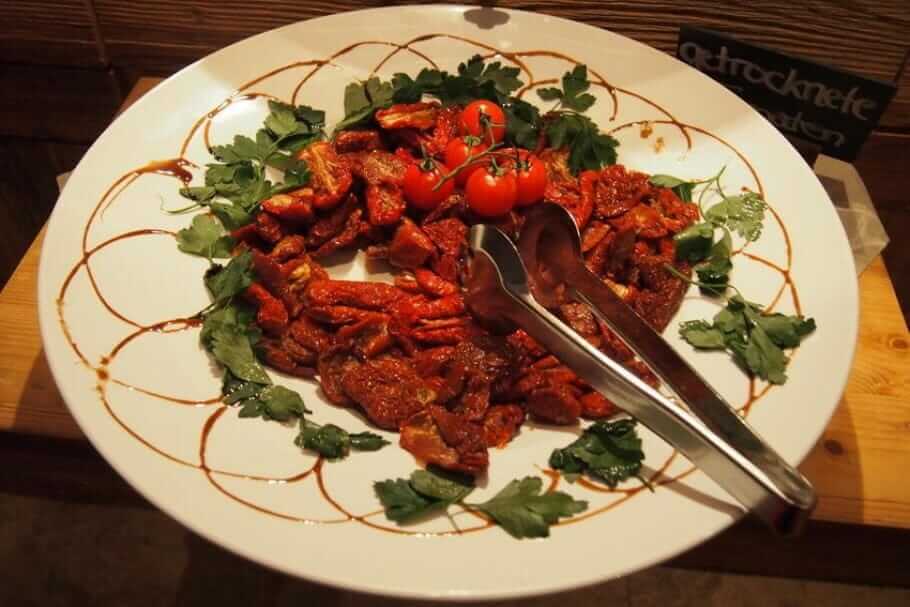 The core of the hotel, however, is the 7000qm large SPA: From the design itself, it is the extravagenteste and probably the most beautiful SPA, I have seen so far - with floating glass plates, sandstone walls and running water. The spa area is modeled on a grotto, in the middle of the Jungbrunn, an eche source bubbled.

There is a heated 20m terrazzo outdoor pool, a brinefreibad, an outdoor jacuzzi and the possibility to refresh yourself in the ice-cold natural pond or under the waterfall. 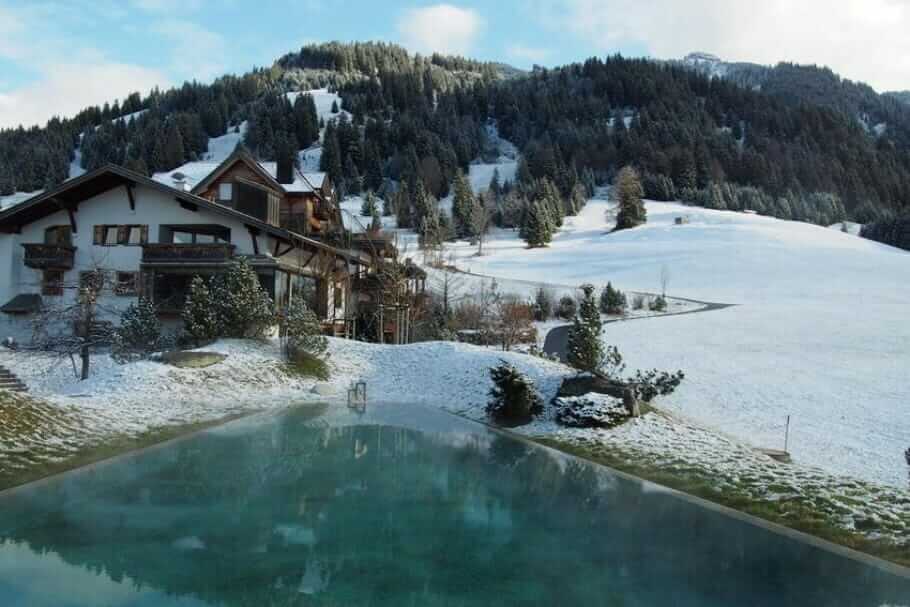 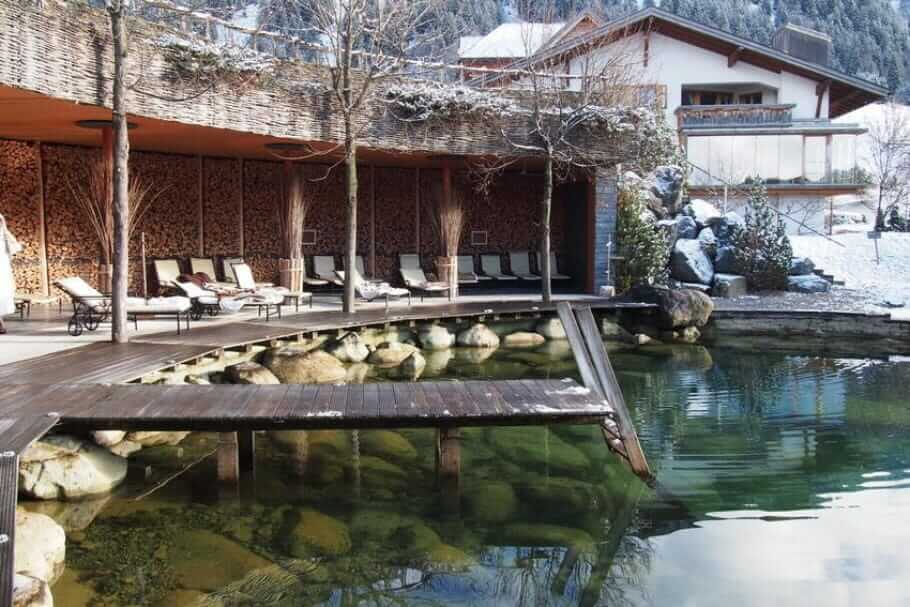 Various saunas such as earth and biosauna, Dampfkamillengrotte, brine grotto or Tepedarium invite you to do so. Overall, a very successful ambience, in which also numerous applications of massages on lymphatic drainage to Ayurveda and Whole body cosmetics are offered. In addition, there are offers for special target groups such as pregnant women or teenagers.

For example, I've tried out the innovative JuBeWell application, in which radio waves are transmitted to the body to stimulate cell metabolism and fat burning, such as the Jungbrunn Spezial Signature Treatment with its own body care line made of rock crystal salt, Tannheimer dandelion honey. Presumably you have to do both treatments more often to have an effect. A total of 50 activity and relaxation programs are on offer, including aqua fit, yoga, qui gong, mountain biking, tennis, hiking, golf or Nordic walking. A personal trainer can be booked on request. 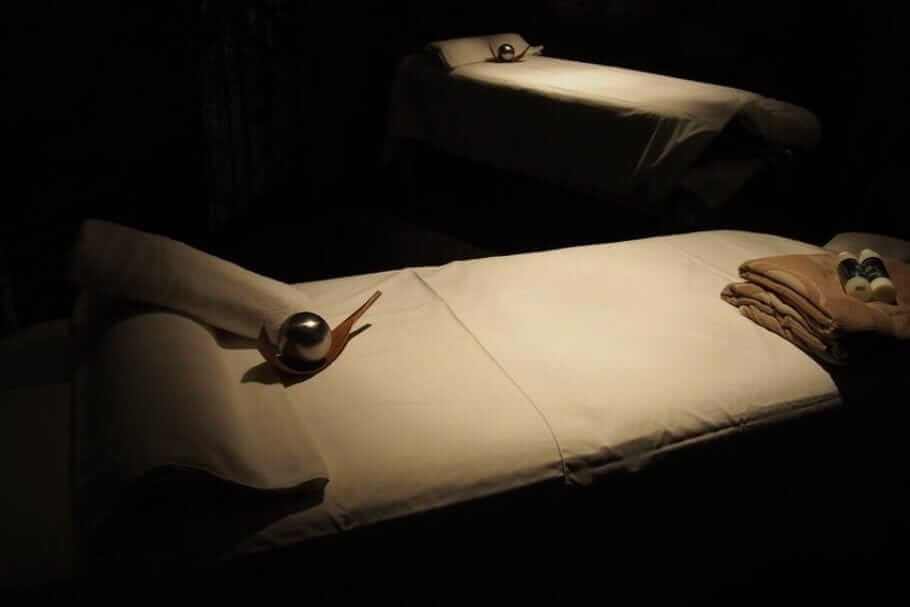 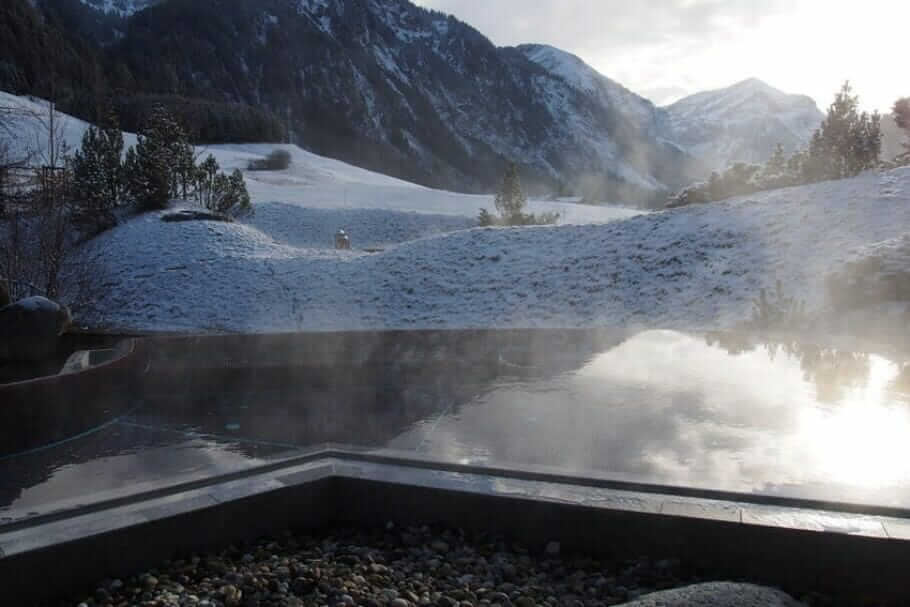 This has two reasons: On the one hand, the hotel with 95% occupancy is permanently booked, on the other hand, according to the opinion of the owners Wellness and meetings do not fit together and groups bring restlessness into the house. 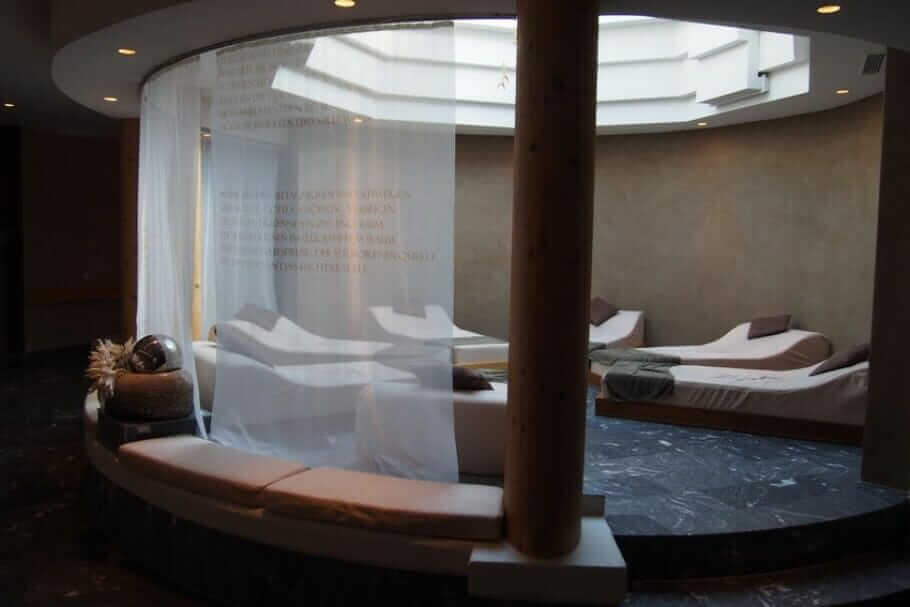 Therefore, there are only two meeting rooms with daylight and terrace, beamer, flipchart, screens and audio equipment are also available, but the corresponding rooms are usually used as gymnasium rooms. The large, modern, light-flooded Alpine lounge can also be used for meetings, but it is a transit area and can not be closed.

At all, it is impossible to book the entire house. Groups should therefore book at least one year in advance. And only small meetings up to 15 persons will be accepted. An exclusivity that you can afford. 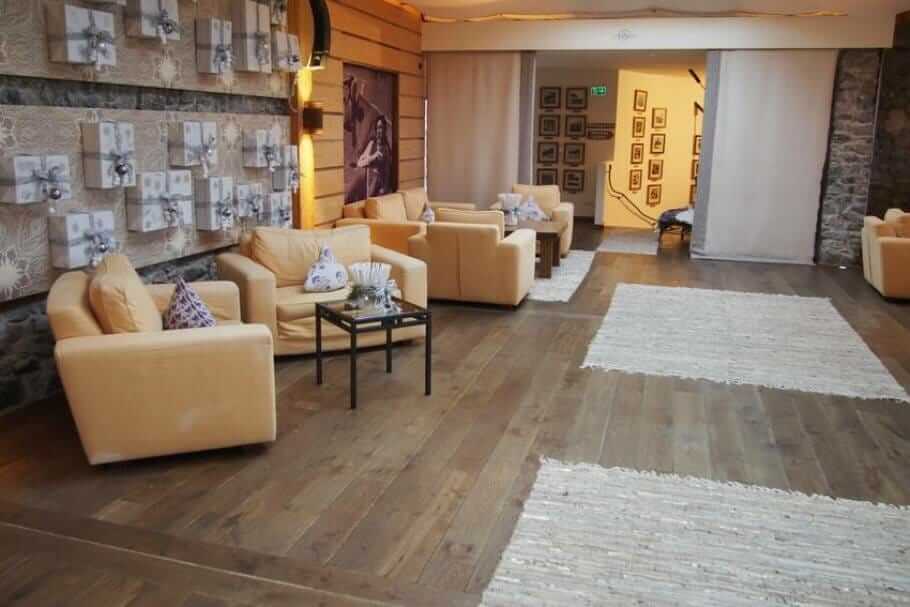 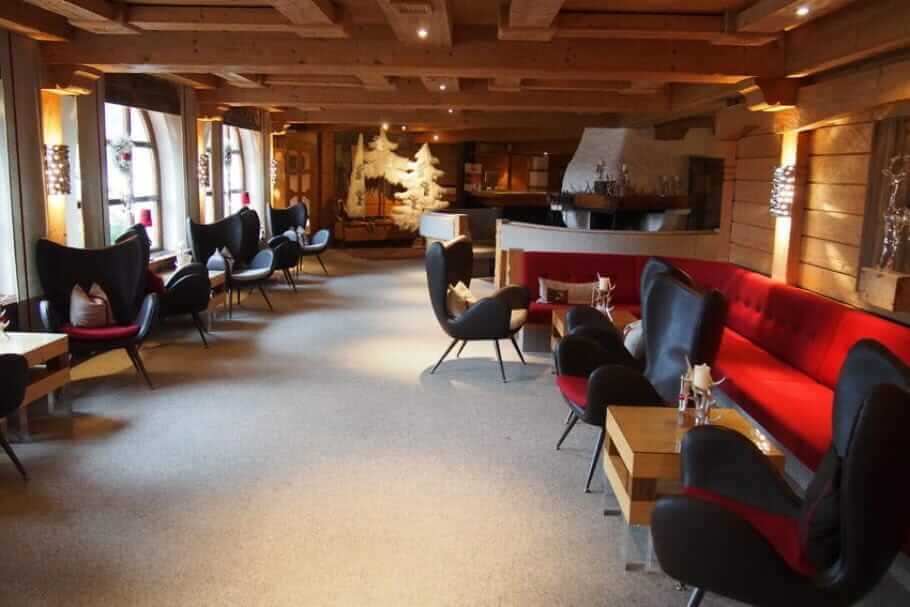