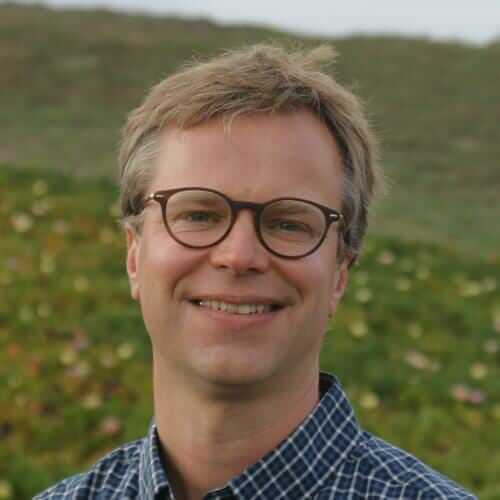 Konstantin Guericke is a co-founder of LinkedIn and makes his meetings while hiking. In the interview, he explains why this is so and how hiking is more productive.

Konstantin Guericke, son of a North German teacher couple studied at US University Stanford. Together with Reid Hoffmann, Allen Blue, Eric Ly and Jean-Luc Vaillant, he founded 2002-2003, the LinkedIn LinkedIn Marketing Network. 2006 to 2008, he was a manager at StartUp Jaxter and also worked as a LinkedIn consultant. Since then, he sits on boards and advisory boards of various technology companies and is a mentor to young entrepreneurs at Stanford University. Since 2012, he has partnered with Earlybird, a Berlin-based venture capital firm.Company , which invests in StartUps from Europe.

Mr. Guericke, how did the idea of ​​organizing meetings during hiking?

Of course I went as a child with my parents a lot of walking, for example in South Tyrol, have also made a hiking badge. There was already a certain reference.

Later in California I had a lot of work and very little time for sports at some point. At that time I often met with a co-founder Reid Hoffmann in the “Peninsula Creamery” in Palo Alto.

There the breakfast was very good, but unfortunately also quite greasy. We found this in the long term not ideal. We had also thought about a meeting room with practice bikes, but then rejected again. So we came to move our meetings on the trails.

Did the idea for LinkedIn also turn into hiking?

I remember that we talked about certain design ideas. But, of course, several people were involved in LinkedIn and it was a longer development process because there was not a hike.

In most hiking meetings, the focus is not on ideas.

What is it then?

It's usually about building trust. I think that if you walk together and maybe share special experiences, that already welds you together - as is the case when eating together.

In my career, I have gone through very different positions: I was founder, manager and investor. Accordingly, the nature of the objective also varied.

What do you prefer when hiking?

Very important were the hiking meetings for me during my time as CEO of Jaxter: We often talked about strategy and personnel questions when hiking. Also in the context of my mentoring work I can use the hiking well.

Here I speak with students from Stanford and give them feedback on their career plans or startup ideas. Or I go hiking with StartUp founders, in which we want to potentially invest with Earlybird, also there of course it is about building trust.

However, hiking is not as well suited for board meetings. In principle I have however still no topic found, in which it would not work.

Is not there a medium for presentation and the usual PowerPoint slides?

Sometimes someone is looking for something very concrete, and then I look at it briefly.

If someone wants to show me a product, then we do it at the beginning or end. But for the really important things you usually do not need a PowerPoint or demo.

Do not you forget all the good ideas?

I usually do not look for ideas, but try to help my colleagues. So of course I do not have to remember that much myself.

When I got important information, I usually remember it. As we humans think spatially, it helps me to remember the places where something was said.

If I try to remember something, I go through the path again in my mind ("Exactly, we talked about it shortly after we saw the rattlesnake"). Everything is always the same at meetings, and I tend to forget things. Sometimes I write something down afterwards when I have a walking meeting right afterwards.

How exactly do hiking meetings go? I imagine this is difficult if, for example, there are no PowerPoint slides or meeting minutes ...

Oh no. Sometimes people want to show me their app on the way, but I find that if they can not explain it to me, then there will also be problems with marketing, as most consumers will get a picture within 10-15 seconds decide whether it is worth investing more.

How often do you make such meetings?

I do it two times three or four times a week, but usually two to three meetings one after the other, so the 10 Wandermeetings in the week.

How do you choose the hiking trail?

There are several factors, such as the condition of the conversation partner: If he has a good physical condition, I choose a track with greater height differences. The way is not supposed to be overloaded, but rather comfortable.

Of course it can happen that the conversation partner has overestimated - then you have to shorten a hike sometimes.

Where is the hike?

80 percent of my hikes take place in two places, even if this is perhaps not so interesting for me. What is crucial, however, is that the conversation partners feel comfortable.

The route should be broad enough, for example, to allow several people to run side by side. If my conversation partners want to show me something on the Internet, we need WLAN, so I like walking in a park.

There are also public toilets, on which my conversation partners can then afterwards freshly and change for their next meetings in the business outfit.

And how many participants are usually there?

Two to three participants are ideal and up to eight are no problem. I then of course search for ways on which you can run at least to third next to each other.

60 Percent of the meetings I only make with one person, 20-30 percent with two. I spend very little time with larger groups. Sometimes they are journalist groups, for example.

How does it work with several people - sometimes you have to run in a row ...

Four people next to each other are no problem - you just have to choose the right path. With eight people, it divides a bit in two or three subgroups, but it is much more natural to configure differently on the way than sitting.

Larger groups, however, are not so favorable, because I have to change constantly while walking and do not have so much time to talk with each one.

Are walking meetings better, worse or just as useful as meeting at the table - and why?

For me, they are better, and most of the conversation partners say they find it better than to squat in the office. Some people do it more often, but most of them are soon back in their old trot. I do less than one or two sitting meetings every month.

If I have something to sell, then I also suggest walking meetings, and they are usually accepted. But if the other person does not want it, then of course you will be guided by your preferences.