Sina Lehman is an online editor Lehman writes primarily on the topics of careers, jobs and education.

Language skills for an international career: Top 6 of the most important languages

Cross-country language competencies have become a decisive factor for many people in the areas of jobs and careers. But which languages ​​are most in demand and which industries are best suited for an international career? We give an overview. 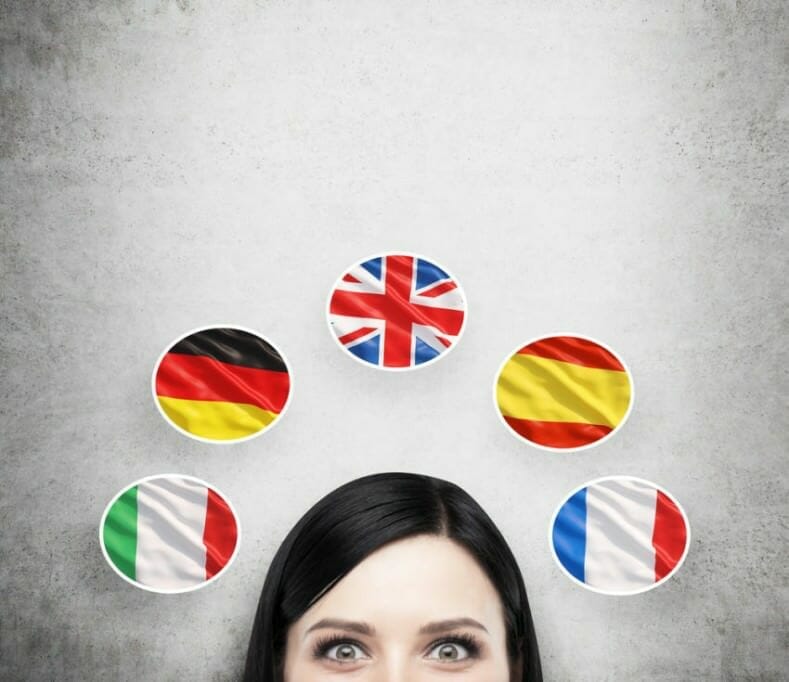 Which languages ​​are the most important for an international career?

In a study by the “Economist” and the language travel provider “Education First”Over 500 international executives were interviewed, over 50 percent of them in Company with an annual income in excess of 500 million US dollars, how foreign language skills are important to them. Among them, the manager of the Human Resources Department of ABB (Energy and Automation) in Switzerland and the Vice President of RW³ (Training for International Relations in Corporations) in the United States.

A total of 64 percent of respondents said there are still problems with communication with foreign companies due to language barriers. Multi-lingual employees are particularly sought after in finance, consulting and the IT industry. linguistic proficiency are therefore not to be underestimated for the career, but the question arises which languages ​​are most important for an international career.

Especially in the field of economics, no language is more important than English. It can even be said that without English, an international business career is almost unthinkable. Fortunately, there is a large selection of language schools, which are also very targeted Business English - about within the framework of language travel - can be learned.

As English is the international language of business, good knowledge of starting a career all over the world. Especially the areas of corporate consulting and management in general benefit from good English skills, as the exchange is usually held in English, if the mother tongue of the respective country is not mastered and used.

One can argue about whether Spanish or French should take the second place, the numbers but the Spanish wins by far. The language is spoken worldwide from 400 to 500 million people. Spanish is mainly spoken in Europe, Central and South America.

As far as an international career is concerned, the opportunities here are growing steadily, especially in the USA. Meanwhile, about a sixth of the population has Spanish roots and there are whole branches of Latin American workers. For example, the social professions, such as hospitals or nursing homes, work primarily with people whose mother tongue is Spanish. So if you want to work as a doctor in the USA, Spanish knowledge can be a great advantage. The same applies to the areas of politics and international management, since here the relations with the Mexico bordering the USA are an important factor.

Surprisingly on the third place the Japanese lands, the after current studies at 4,33 percent of the international vacancies in Germany is assumed. In total, Japanese is spoken by approximately 127 millions of people around the world, including 200.000 in the US.

In Germany, there are now far more 1000 larger Japanese companies that maintain relations with Japan and the USA and place positions in international management and trade. It is well-known in this respect that technical companies are celebrating great success in Japan and with whom the country is also internationally in demand.

French is ranked fourth among the most popular languages. Particularly in Europe, French learning helps to start in international jobs. The language is spoken on four continents by approximately 141 million people, with particular emphasis on Europe as an internationally important labor market.

Especially in France, knowledge of mother tongue, whether in everyday life or with regard to an international career, is highly appreciated. In addition, French is the working language in the EU's Brussels institutions. Thus, if an international career is pursued at the European Court of Human Rights or in general in EU policy in Brussels, French knowledge is indispensable. This also applies to the European Court of Justice in Luxembourg. French is also the second official language in some African countries.

If you consider that Germany is by far the most important trading partner of Italy, there are opportunities in the area of ​​international careers and international management. An important starting point is, for example, “MERCURIO”, the German-Italian business association that establishes and deepens business relations between the states.

The Russian belongs to the Slavic language family and should be a great challenge for the German language through Cyrillic writing. However, Russian is spoken by about 240 million people around the world, whereby acquired knowledge promises good opportunities as far as the international career is concerned.

In terms of international trade and international management, relations with Russia 2012 had a high point with a turnover of 80 billion euros. Although the figures have declined somewhat in recent years, stable economic relations still exist. As is known, the Russian economy is particularly strong in the oil and natural gas sectors, so if you are looking for a career in these fields, you should think about acquiring Russian skills.

In an increasingly globalized world, English skills are often no longer sufficient for a career in foreign trade or international management. Particularly larger companies in Germany and also worldwide rely on networking with foreign partners.

However, this also includes employees with excellent knowledge of foreign languages, which are offered by languageCourses, eLearning offers have been deepened. Anyone who can communicate here has already made an important step towards the goal of an international career.

9 responses to "Language skills for an international career: Top 6 most important languages"