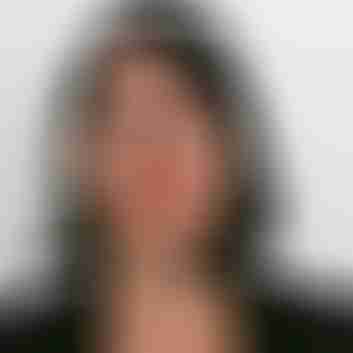 Foreign languages ​​are indispensable for professional success. In the EU alone, there are 23 official languages ​​more than 60 language communities with regional or minority languages. Heidrun Englert, second chairwoman of the German inlingua training center, speaks about the importance of foreign languages ​​in an interview.

Heidrun Englert, born 1961, is a Master of German Linguistics. After several years as a study and course consultant at inlingua Munich, she took over the training center in Stuttgart where she taught herself at the beginning. Since 1998, she has been the second chairman of the Arbeitsgemeinschaft der deutschen inlingua Trainingscenter. She speaks German, English and Spanish.

Mrs Englert, what role do language differences play in the EU? Do not the different languages ​​hinder the growing together of Europe?

Yes, the diversity of European languages ​​literally inhibits the understanding between peoples and is one of the biggest problems with the idea of ​​a common labor market.

For example, many Southern Europeans are attending German courses. They bring with them qualifications that are desperately sought in our country, but they often do not speak a word of German, which, of course, involves many difficulties at the workplace.

How do companies help foreign professionals to integrate?

Fortunately, in terms of welcoming culture, 2012 has changed with Germans Company done quite a bit. Many support their employees from abroad with linguistic integration.

But despite these problems, languages ​​and dialects are, of course, a protective asset, they have a lot to do with cultural identity.

What does that mean for the future?

I think the future lies in bilingualism. This means that children are already learning a second language in their kindergarten and elementary school alongside their mother tongue, which they later use throughout the European labor market.

This can be English or another language. Due to the economic development, German is currently strongly in the trend.

Are not the other languages ​​automatically replaced?

I do not think so, but of course languages ​​change and some disappear as well. This has always been the case and this will always be the case. I recently heard a Brazilian, a Turkish girl and an Italian speaking at the school.

Her only communication bridge was her only a few lessons of old German. Sometimes new dialects arise from such conversations, for example, think of the so-called Kiezdeutsch. Languages ​​are not rigid, but lively and that is quite wonderful.

How important is language learning for integration?

It opens people to each other, so it is one of the most important components of the integration work.

As a tip from the expert: Is there a key sentence that should be mastered in every language?

We recently asked the same question in Team discussed. The romantic colleague called the classic "I love you", the pragmatic colleague thought "I'm hungry!" Is important. I think you should know greeting phrases in order to be able to establish contact with people.

How old is your oldest student, how old are you youngest?

I know from an 89-year-old, who attended an English course in our training center in Kiel. In general, retirees come to us relatively frequently, who want to go through once more after the end of their professional life.

Lifelong learning has thus already arrived in the minds. Our youngest language students in kindergartens are four years old. Many parents now want their children to be raised bilingually.