Is communication in “real” life better and more genuine than communication on the Internet? The discussion about Facebook, Fakenews and data protection may suggest this. But is that really true? 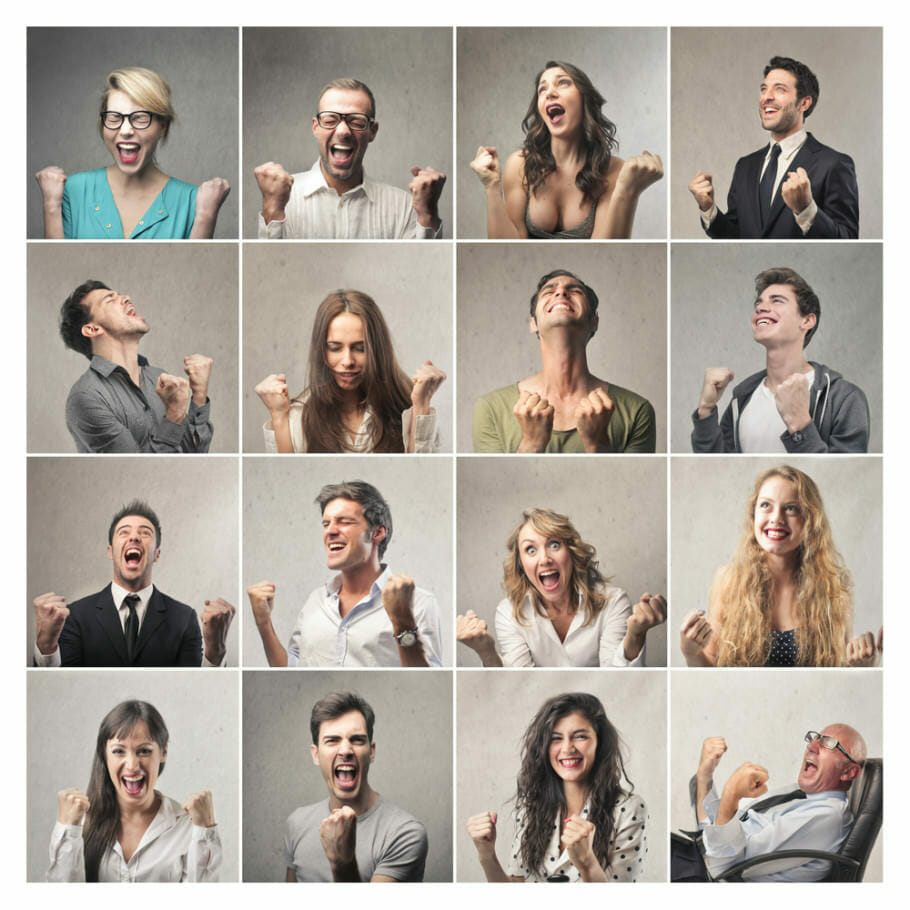 Content - More knowledge, PDFs books and personal advice here Hide
Identities on the net - playing with the fake news
How real are you in “tinsel”?
On Twitter you are much funnier
We all get a picture
Can the online identity make our offline self happier?
Online behavior affects one's own personality

Identities on the net - playing with the fake news

Of course it is easier to hide behind a role on the internet. However, at least as much to the falsification contributes to the perception of the opposite. Fakenews are not a completely new invention.

Amina Abdallah Araf al Omari was 2011's flagship blogger from regime-suppressed Syria: The lesbian young woman spoke directly of the riots in her homeland. Until she was picked up by Syrian police and disappeared, as she read on her blog. But all that was not true. In fact, an 40-year-old married white American who studied in Edinburgh, Scotland, had turned out to be Amina. He wanted to support the dissidents in Syria with the fake blog. In the end, the IP of his betrayed him eMail-Address.

Apart from the fact that with this deception he made the real Syrian sources less credible, the story shows one thing above all else: how easy it is to fake his identity on the Internet, at least for some time. However, it is still not the case that there are fake identities on the Internet. As already stated, most people act roughly congruent with their real personality - even if some of them use a pseudonym.

How real are you with “tinsel”?

2011 the event advanced "What's happening? Love.”To one of the big crowd pullers at the blogger conference re: publica 2011. Probably because it was about a topic that everyone can have a say in: love and flirting. What was really exciting, however, was the discussion between Daniel Decker, active on Twitter as @kotzend_einhorn, and moderator Teresa Bücker about role play and communication behavior on Twitter.

While Bücker took the view that people who are very smart, nice and eloquent on Twitter are usually in reality, Decker had other experiences: the self-confessed muffle can express himself much better in writing than verbally and therefore had to do it himself Listen to successful online contacts: "You are much funnier on Twitter ... somehow you are a completely different person."

His explanation for this:

“Even if you act under your real name on the Internet and hide as little as possible, it is of course still the case that you [...] create a character. This can of course also happen in real life. But the difference is that on Twitter, before the first meeting, you exchanged much more intimate and much more extensive exchanges than when you meet at a party like this. That's why the image that the other person has already made is completely different. "

And he disillusioned finds that between the communication on Twitter and in real life, but there are big differences: Twitter, so his experience, just is not the chance for timid to find the life partner.

We all get a picture

That's the point: people get a picture of each other when they talk to him. The image is made up of what someone says - but unconsciously from the gestures, the facial expression and the tone of voice. Exactly these characteristics are missing in the communication in social networks, because one communicates in the social media usually in writing. However, as a result we lack important information that our conversation partners unconsciously communicate to us through personal dialogue through voice, gestures and facial expressions.

In 1967, the American psychologist Albert Mehrabian found out in two studies that the effect of a message depends only 7 percent on the content of what is said. 55 percent are determined by body language and 38 percent by voice, intonation, intonation and articulation. But what to do if we miss this 93 percent of communication - for example, if we just tweet with people or at Facebook chat instead of talking to you personally? Then we have to think about this information and, whether we like it or not, we may tend to form an image that has little or nothing to do with reality - depending on how well we really know the person we are talking to.

Therefore, social networks should always be part of our communication - they should not replace personal communication. If this does happen, there is a danger that we may be misrepresenting ourselves to our interlocutors, either intentionally or otherwise. However, the extent to which people's images of themselves in the internet differ from real people obviously depends heavily on personal satisfaction.

Can the online identity make our offline self happier?

The media psychologists Sabine Trepte and Leonard Reinecke from the Hamburg Media School have examined the selection of avatars in computer games in several studies. The data shows that most people in avatars in play scenarios with male requirement profile mainly with positive masculine properties, such as size and strength, outfit. In play scenarios with a female requirement profile, however, positive female characteristics predominate. However, the subjects usually favor same-sex avatars.

And: The happier a person is with himself, the more his avatar resembles him. On the other hand, if you are rather unhappy with your life, you paint your virtual world all the more beautifully - and the sooner your avatar is different from your own person.

Conversely, avatars and online behavior also have an effect on their own personality. Trepte and Reinecke also found out that people who reveal a lot about themselves in social networks are more open and communicative after six months, and even more in real life To have friends.

The results of the Honkong Chinese Nick Yee go in a similar direction: As part of his doctoral thesis at Stanford University, he proved that people who have a particularly good-looking and therefore sexually successful alter ego on the net at some point in real life be more open about their private lives and more likely to have sexual contact faster. Apparently, online success has made her more courageous towards other people.