Disclosure & Image Rights: Innovation Norway paid for our research trip to Norway. Image material was created with a camera provided free of charge by our sponsor Olympus, which we checked as part of the test until it was unusable.

Destination report Hurtigruten for conferences and seminars: By ship through Fjord Norway {Review}

The Hurtigruten is considered to be one of the most beautiful shipping lines in the world. 13 ships depart from a total of 34 destination ports along the Norwegian coast, from Bergen to Kirkenes - past fjords and picturesque landscapes. Are they also suitable for conferences? 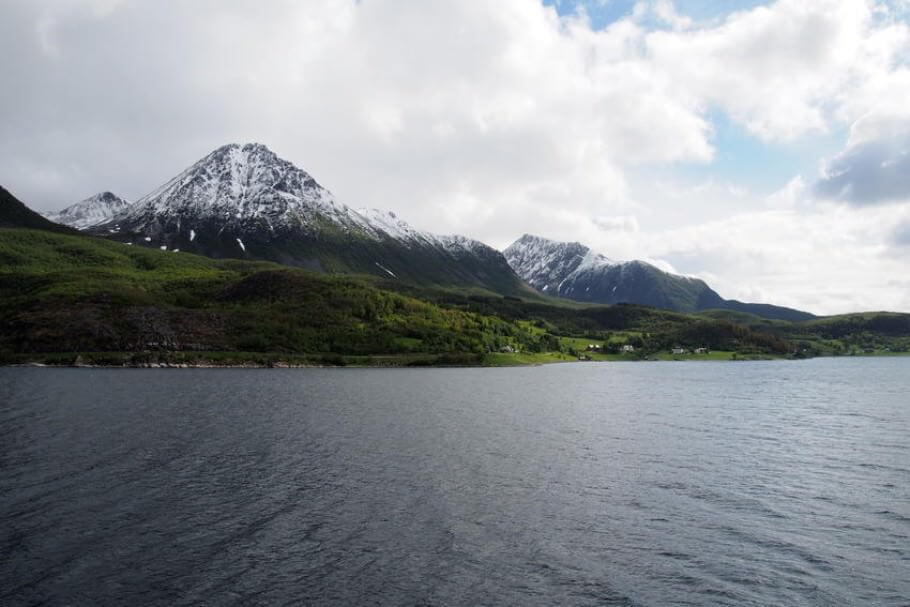 Since 1893, the combined cargo, passenger and cruise ships depart the coastline of Norway between Bergen and Kirkenes in six and a half days. On the way there are the Polarkreis, the Midnight Sun (if it shines), and in winter the northern light to admire.

In summer, the ships also pass the Trollfjord and the Geirangerfjord. During this time, travelers have unique panoramic views of islands, fjords and coastal areas - certainly the best and best way to discover this great country. 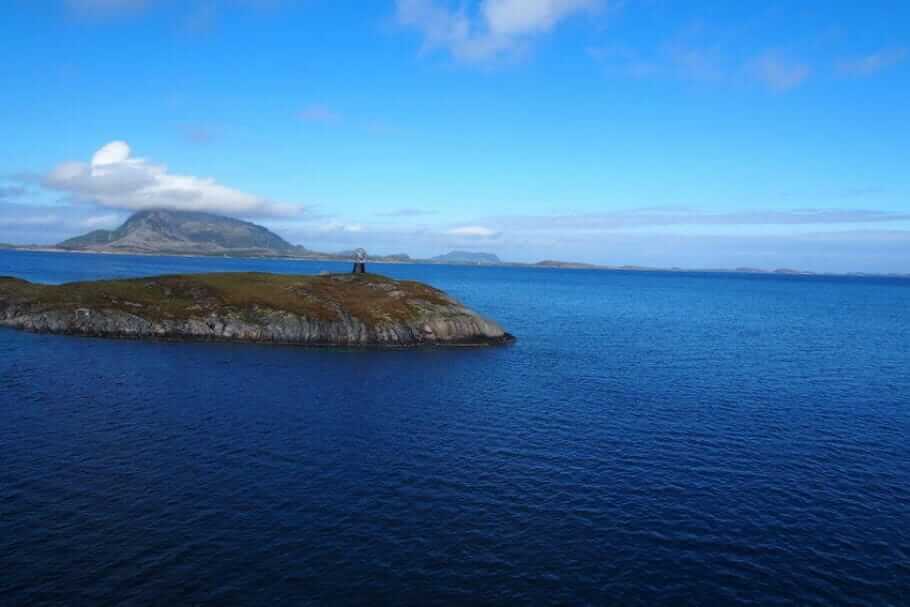 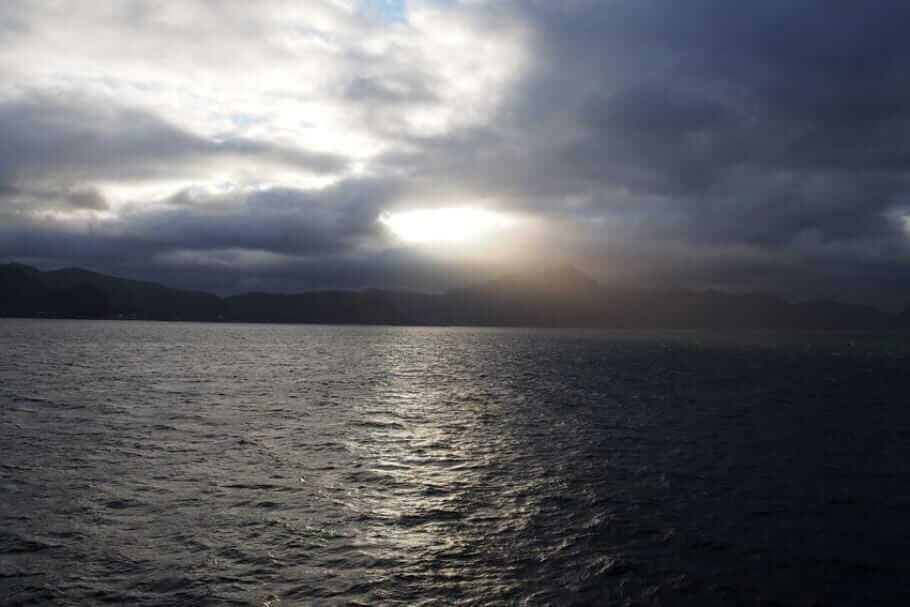 History of the Hurtigruten

The original function as a postal ship, however, became obsolete: 1984 was closed this year on board ships. By the way, I had an opportunity to visit the bridge during the mooring in a harbor.

By the end of the 70 years, however, the Hurtigruten was the only source of supply in the winter months for some places along the route and were therefore subsidized accordingly by the Norwegian state. 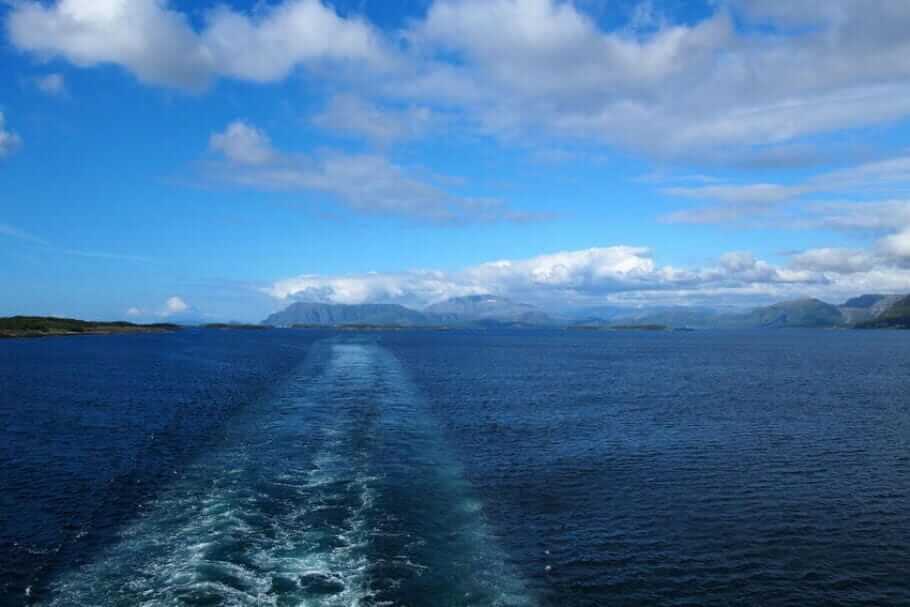 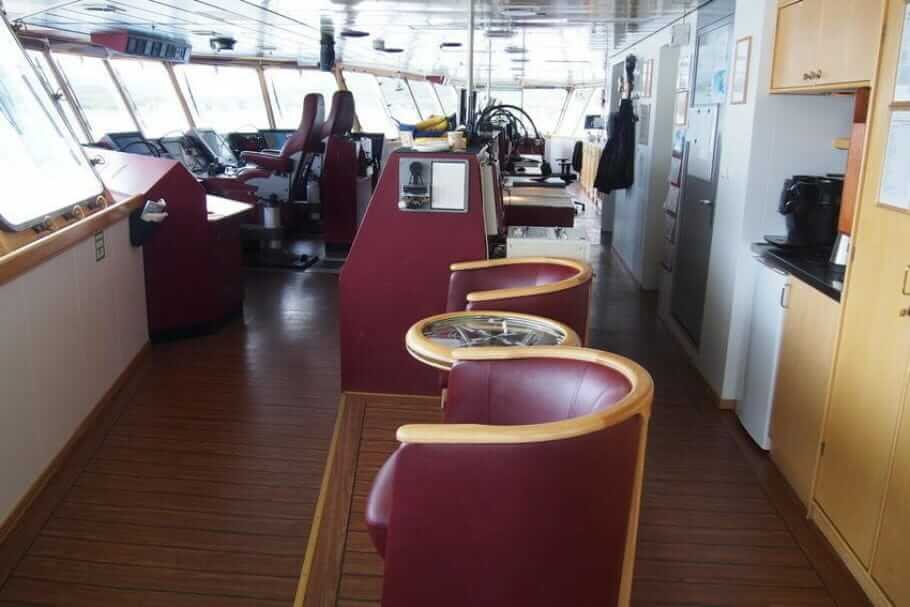 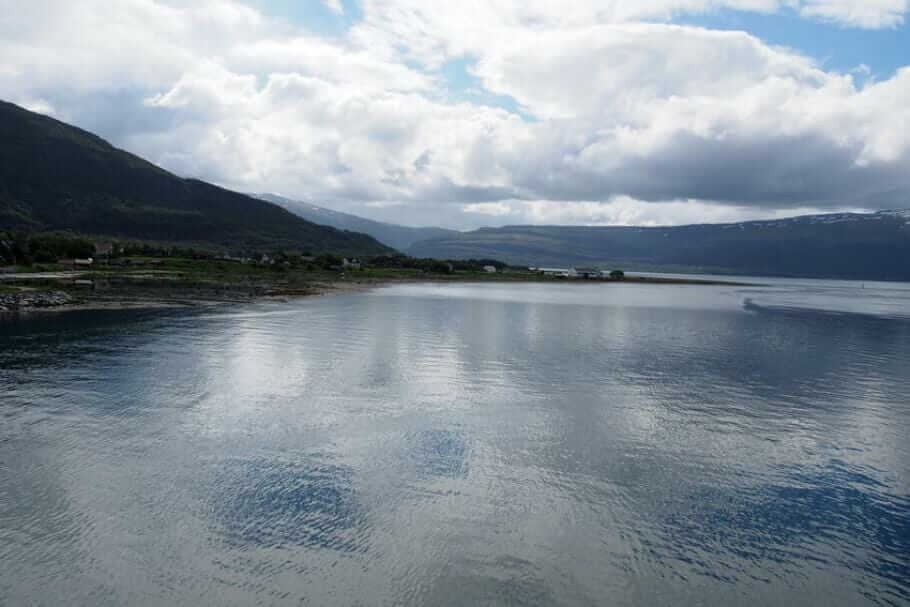 Then the road network was expanded, just the north was better ermer by aircraft and the economic importance of the Hurtigruten decreased.

Even if today's international tourism is the most important source of income, ships still transport freight and commuters from port to port. For example, when traveling to dei Lofen, the six-hour crossing from Bodø is certainly the most convenient way of getting there, which locals also like to use, at least in the off-season. 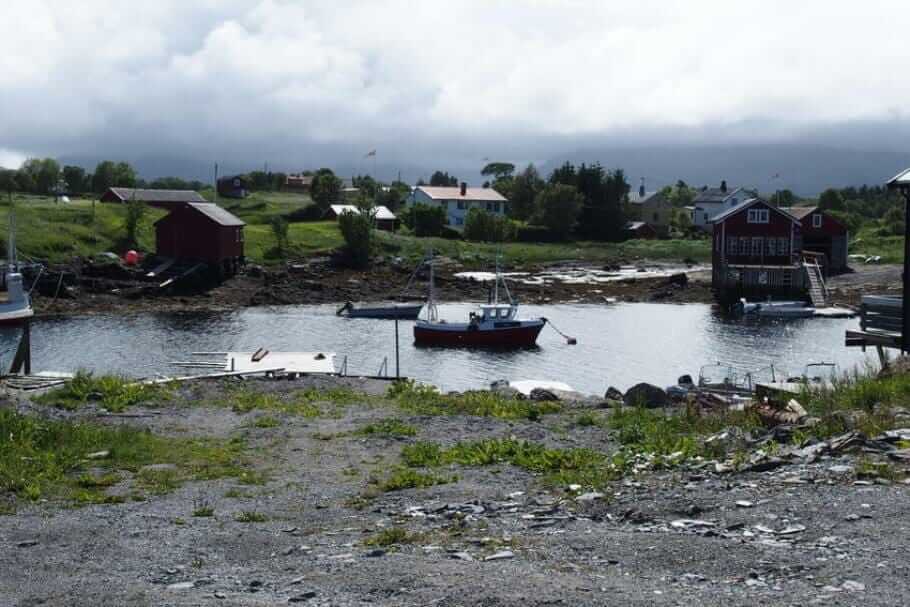 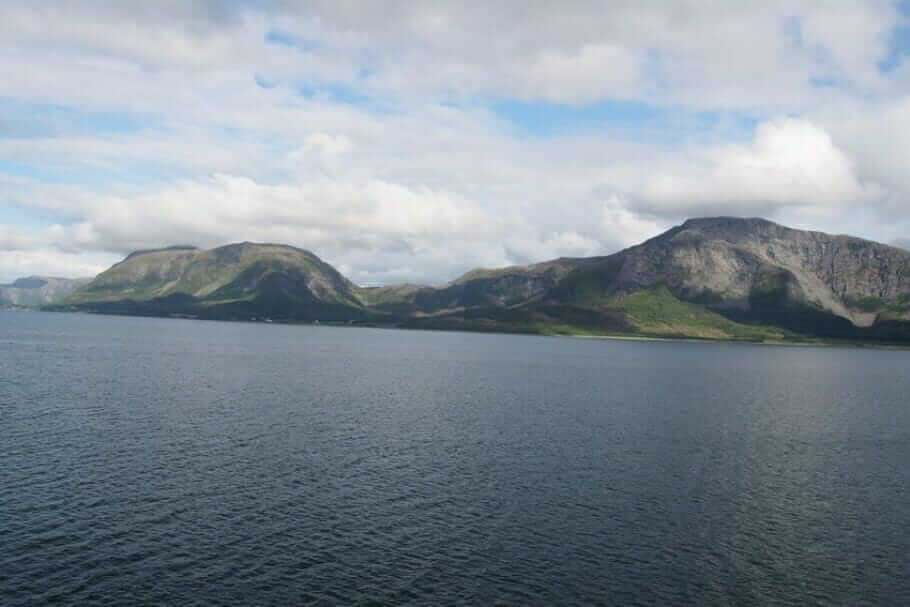 The fleet of the Hurtigroute consists of six ships. I took a closer look at two of them, the MS Nordkapp on the Tromsø - Svolvær route and the MS Polarlys on the Svolvær - Trondheim route.

For international event planners, it is advisable to start shipping in one of the four coastal cities of Ålesund, Trondheim, Tromsø or Kirkenes. The cities have flight connections and are therefore best accessible.

The MS Nordkapp, built in 1996, has 458 beds and space for 622 passengers on seven decks. Very nice is the panoramic salon on deck 7 and the sundeck - if the weather is good.

On deck 4 there is not only the restaurant in the stern, but two conference rooms with a size of 65 or 83 square meters. Depending on the seating arrangement, they can accommodate 50 or 100 persons. 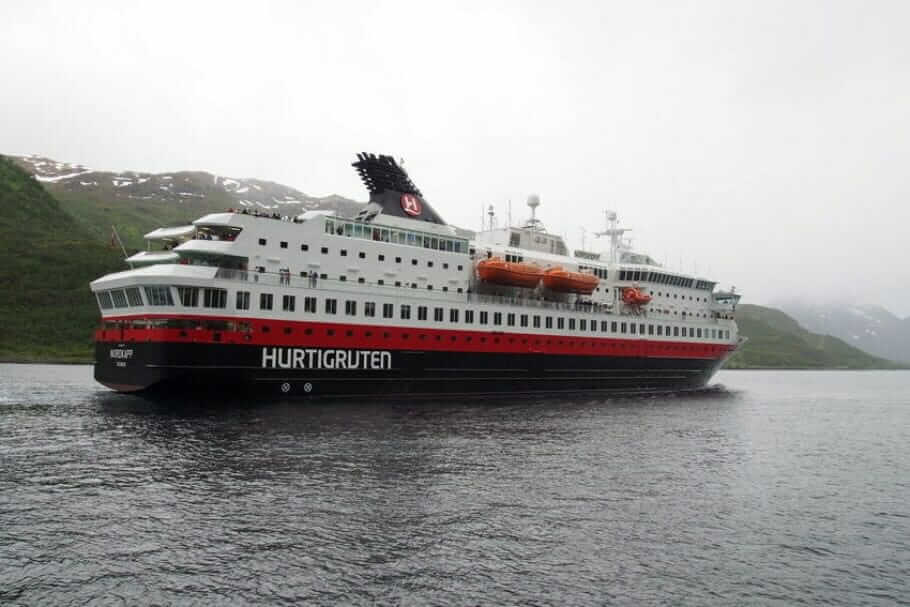 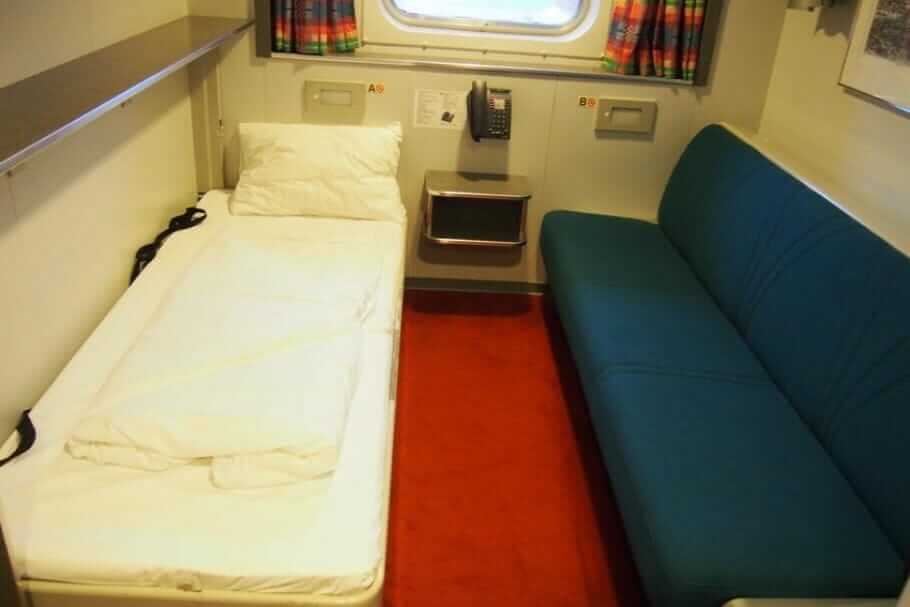 The 1996 built MS Polarlys also offers slightly more capacity: It has room for 473 passengers with 619. Again, the restaurant is located in the stern of Deck 4, while on the same deck in the bow are four conference rooms of different sizes - 22, 26,5, 60 and 61 square meters.

The smallest room has a maximum capacity of 12 people, the largest can hold up to 60 persons. In addition, the two small and large rooms can each be combined into one room - and then offer space for up to 40 or 130 persons. 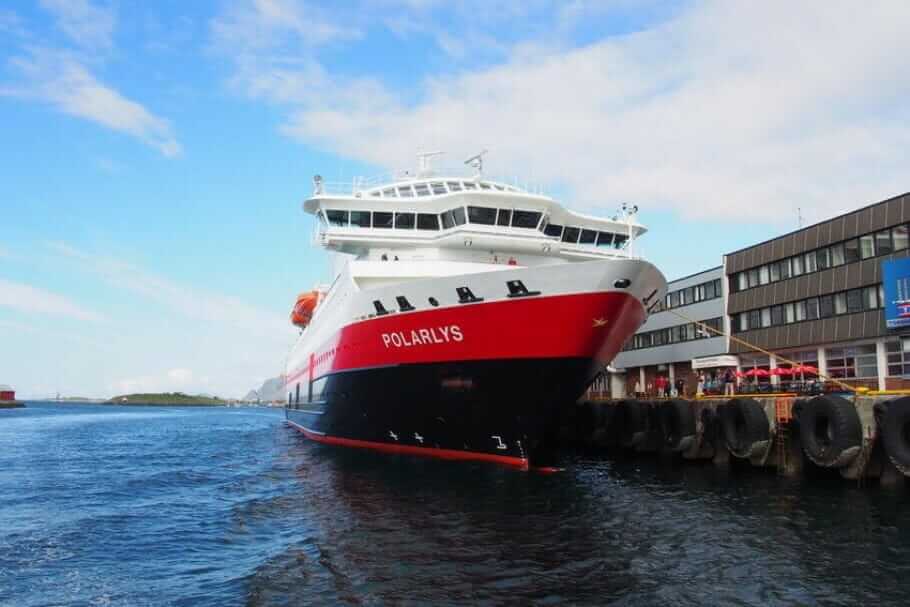 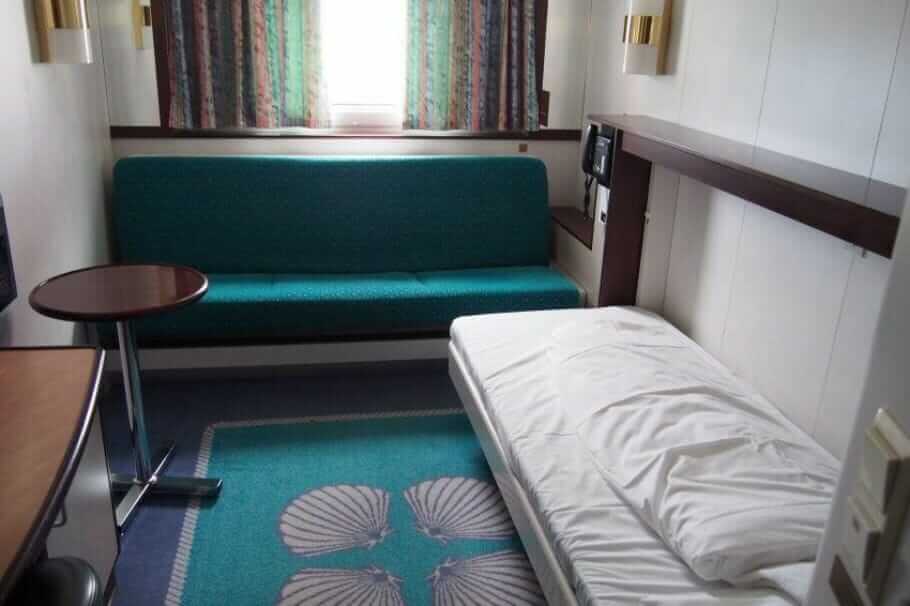 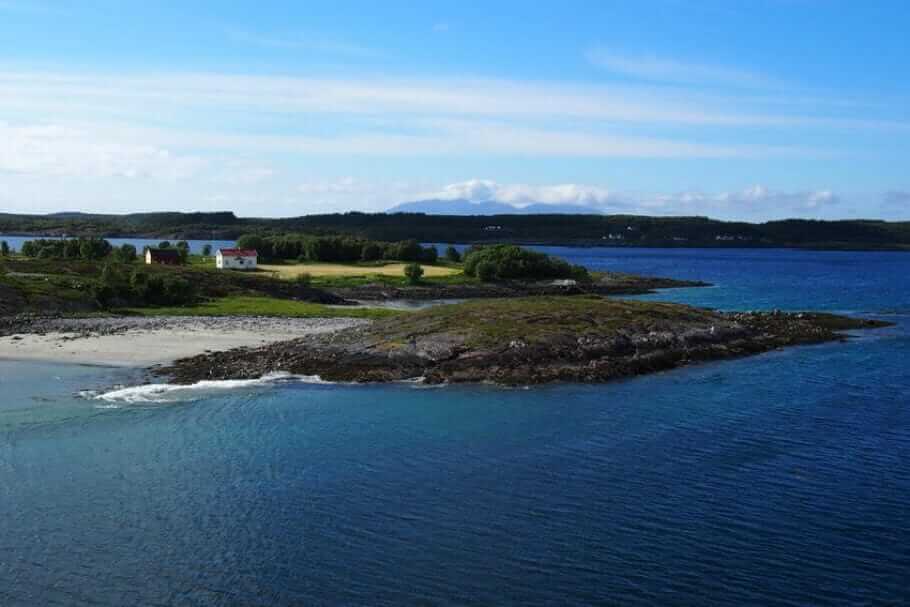 The meeting rooms are equipped with professional meeting technology. However, the WLAN is not always available or its quality depends strongly on the position of the ship. In the vicinity of the port, the WLAN quality is naturally better.

The price per person (for 2014) starts from 155, - Euro indoor cabin in winter. The price includes cabin, 3 meals and the conference room. For the use of the rooms the conference fee has to be booked for all participants. A single meeting room (without lump sum) can not be booked. 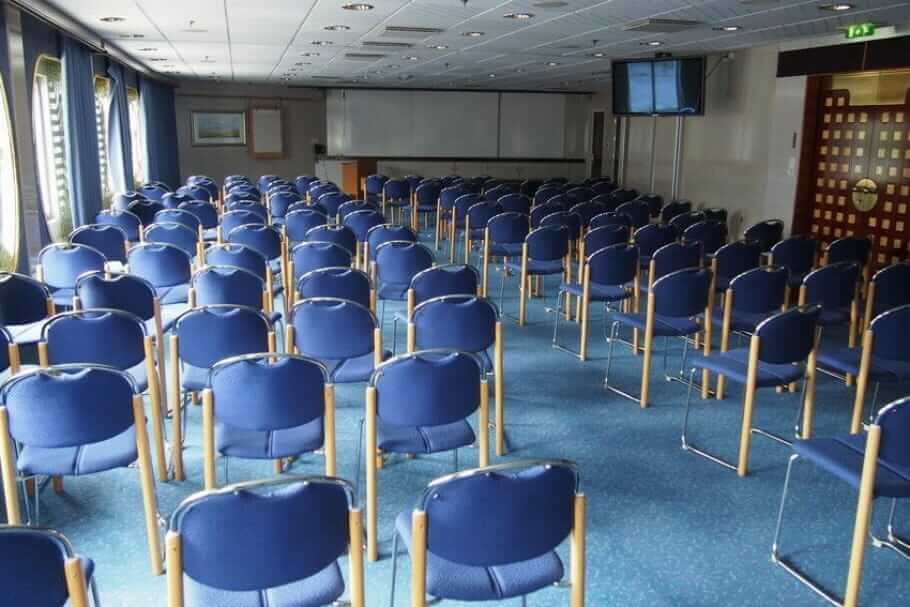 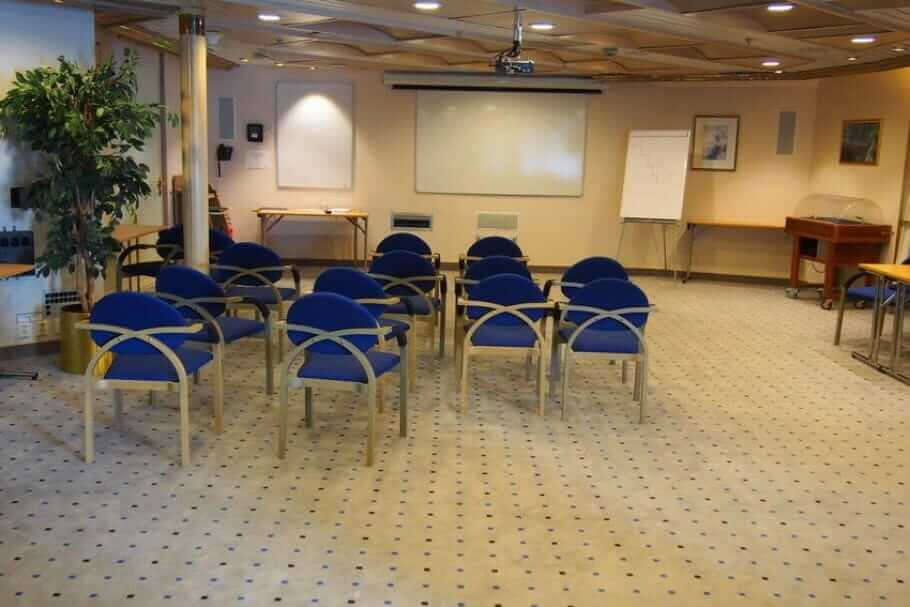 It is usually fed in the restaurant, where you have to share the very rich breakfast and lunch buffet with other guests. Here tables can be reserved at the set meal. For small groups can certainly be eaten in the conference room, if desired.

Also, the quality of the food varies from ship to ship, depending on which boss is currently working on the ship: In principle, that is Concept ABC School Joke Oud “This is how the coast tastes,” where guests are served the food of the respective location, much more interesting than on many other cruises. However, despite the cooperation with Andreas Viestad, Norway's best-known TV chef, I do not find the concept very successful. The execution in particular lacks sophistication. 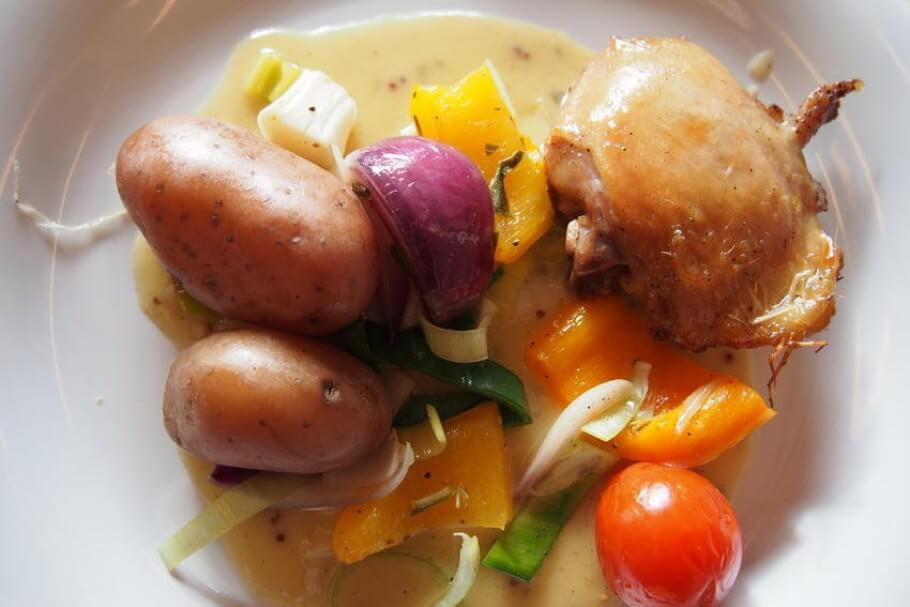 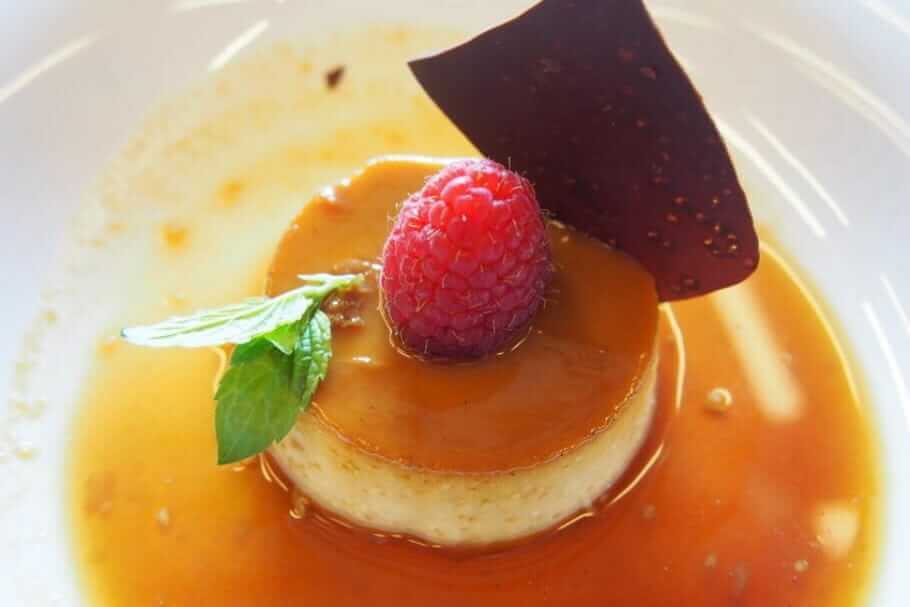 Apart from that, the ships are quite different, which should be taken into account at the travel date: on the MS Nordkapp, for example, there are outdoor jacuzzis, on the MS Finmark there is even a swimming pool, on the MS Polarlys only sauna and gymnasium.

In addition to the shipping, the Hurtigruten organizes excursion programs on land. During the winter months, Arctic Adventurers can look forward to dog sledging trips, snowmobile safaris and reindeer sledding trips. From November onwards we go on to the northern lights on the mainland. 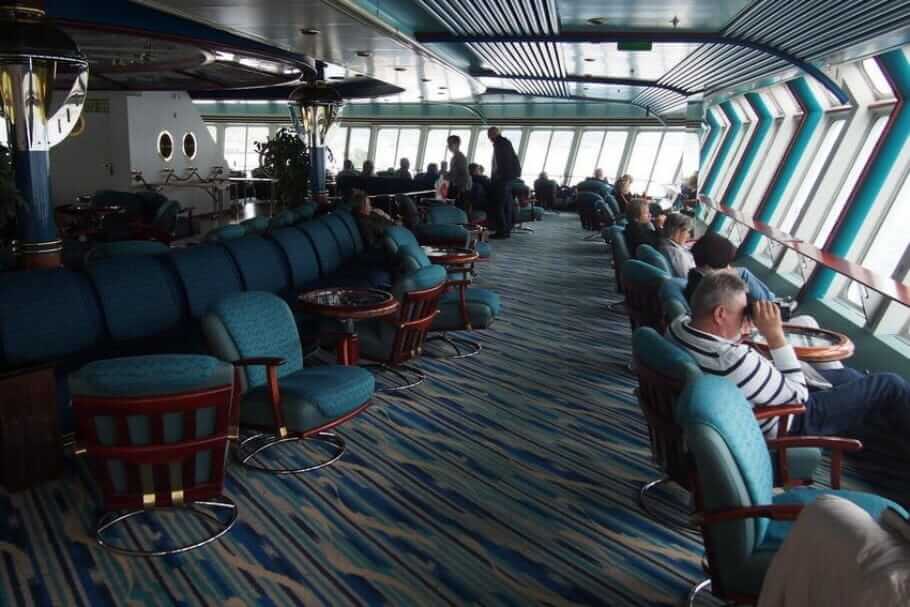 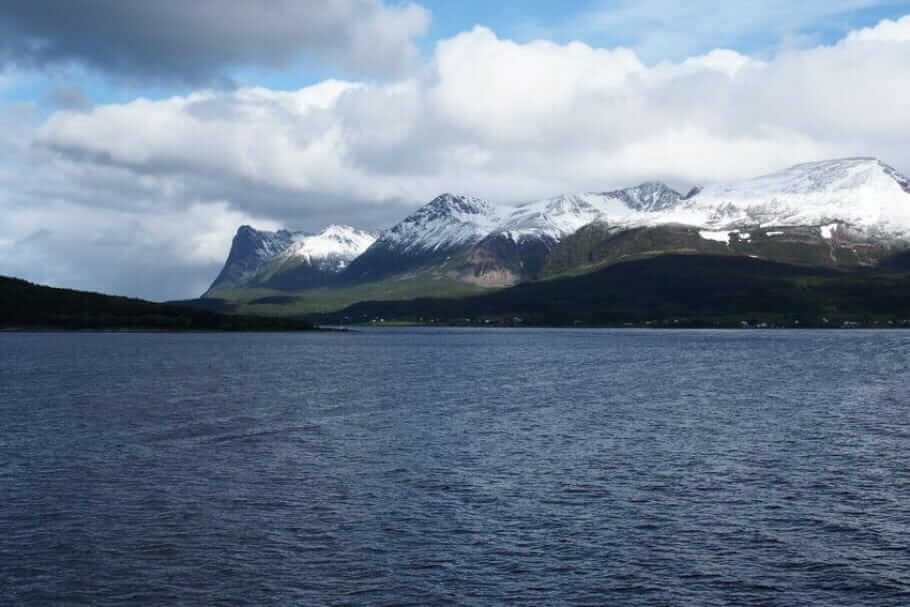 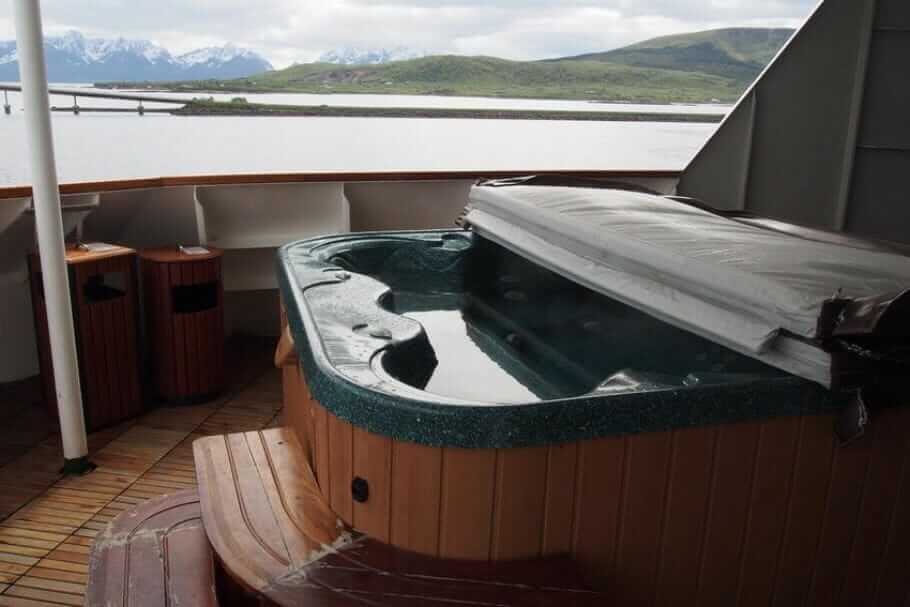 I participated in a sea eagle safari in front of the Lofoten Islands in June: Quasi James Bond rip was the change of the whole group from the moving ship on a likewise traveling excursion ship. Very picturesque was the visit of the Trollfjord, an 2 kilometer long and at the junction only 100 meters wider of the lateral arm Raftsund and could observe how our Hurtigrouten ship turns in the fjord around its own axis. 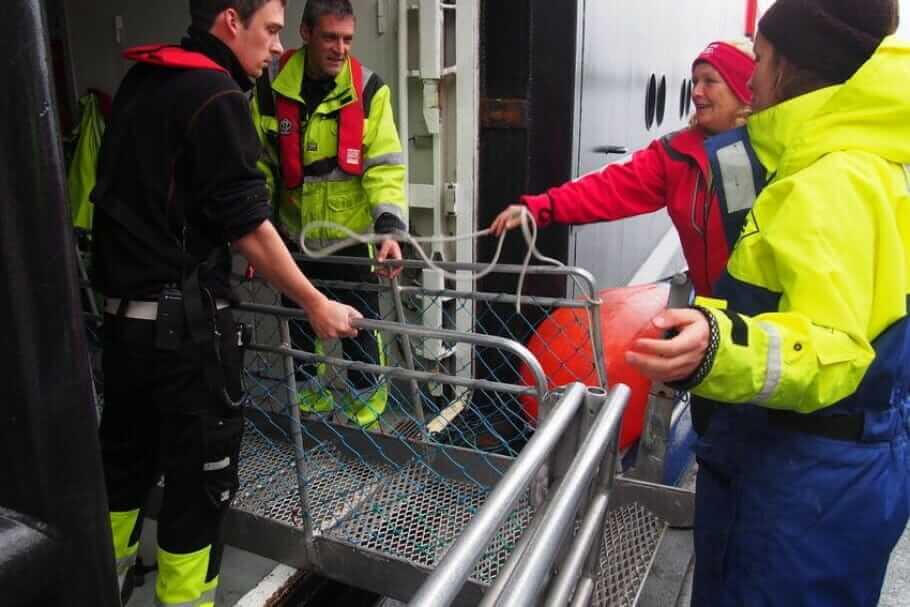 Also highly recommended was the excursion to the UNESCO World Natural Heritage Vega archipelago in the Nordland region, which includes some 6.000 islands, spars and archipelago and is considered a dream destination for ornithologists. The islands, which are ideal for hiking and cycling, are also very scenic and charming. 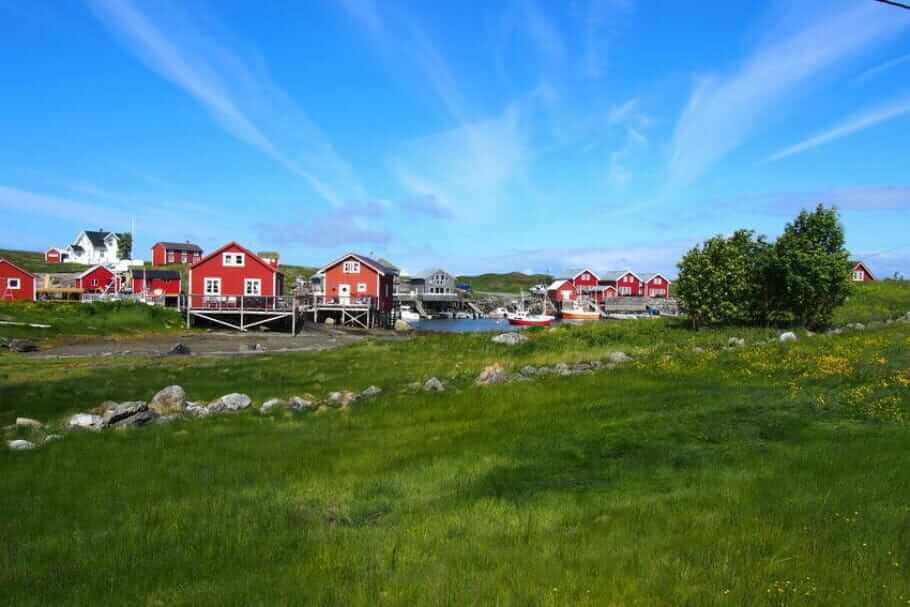 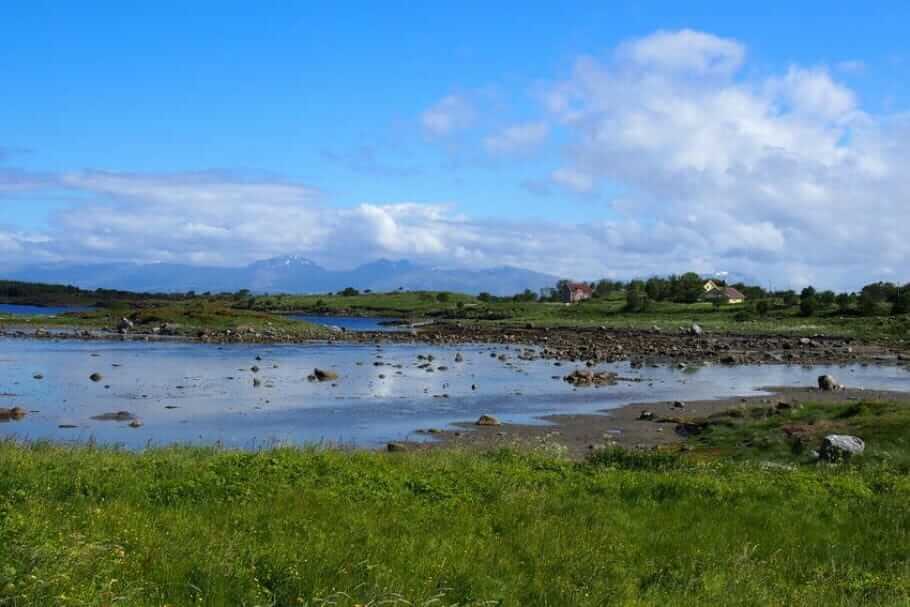 The excursions must be booked in addition to the price. In addition, no separate excursions are possible for groups. In general, there is a disadvantage here: That everything is a bit too organized and structured - especially in the high season. At the same time, however, there are no opportunities for groups to take meals individually or book trips individually. An exclusive travel experience is not possible here.

For international event planners, it is advisable to start shipping in one of the four coastal cities of Ålesund, Trondheim, Tromsø or Kirkenes. The cities have flight connections and are therefore best accessible. 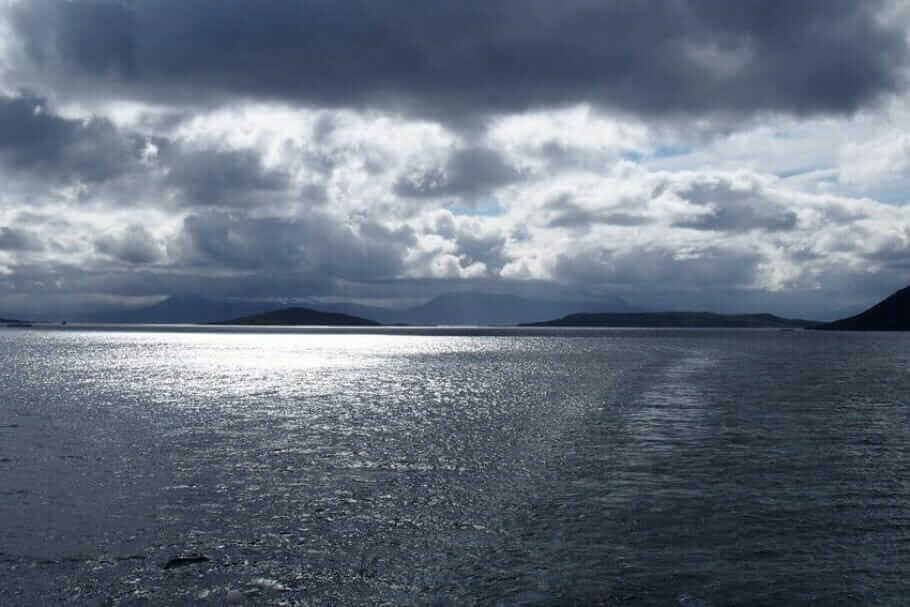 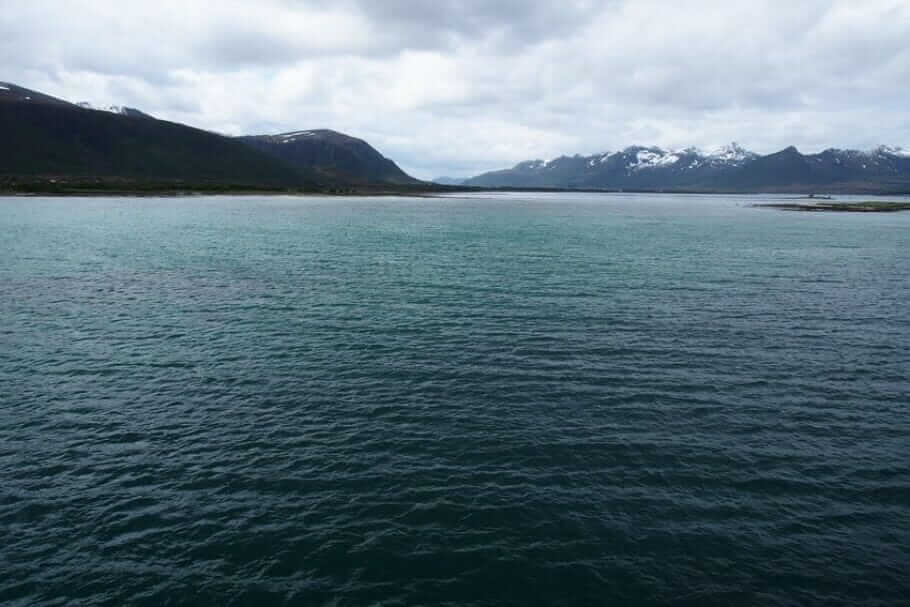