Friendships with colleagues in the workplace: 10 Tips for dealing with the private in the job

Friendships in the workplace are a difficult topic, which is inherent not only in various studies, but also in the frequency of interview requests that we get for ZEIT or MAXI, for example. Correct handling of the topic is particularly important for prospective managers. 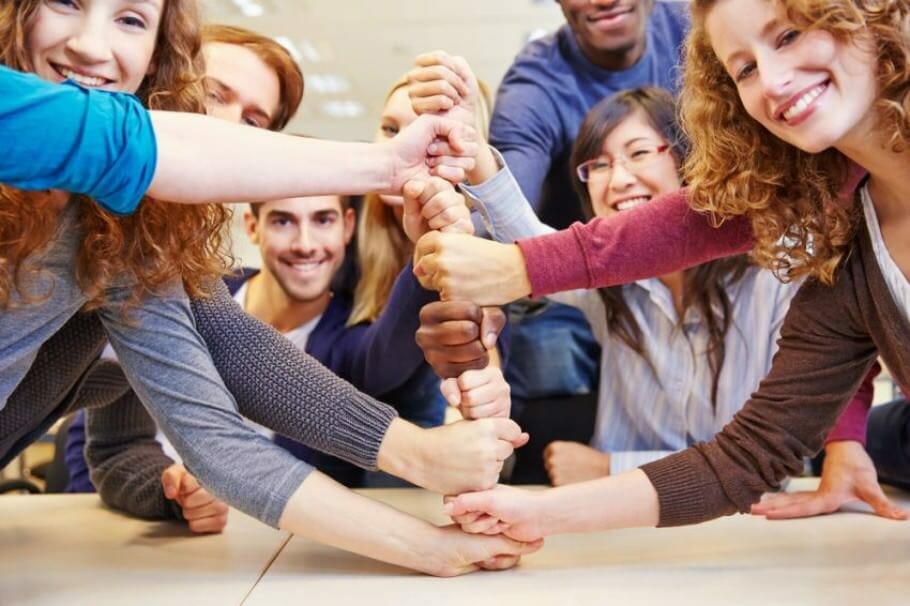 Friendships in the workplace - and not just in Germany - are still viewed with mixed feelings. On the one hand, studies show that working with friends is good for the working environment and makes it more productive.

Such an investigation at Columbia University, which showed that colleagues who liked each other and helped each other were much more productive than those who were dedicated to the job. For this reason, StartUps in the course of the New Work designated working culture promote joint leisure activities such as holidays, sports and parties

Leisure - better not with colleagues?

On the other hand, the mixing of professional and private life is accompanied with much skepticism - not always wrongly. The sales director of Google, which has decisively kicked off this trend, does not participate in the game, as she said in an interview. Excitingly, I found in this context the statement of the Google Sales Director Fionnuala Meehan, She explained to me in an interview in Dublin:

So I do not spend my free time with colleagues. It is important to me that I have a different life besides Google and for example eat dinner with my family at 18 every day. Therefore, it is time for 16 or 17 clock for me. I do not work at the weekend.

The Gallup Institute, for example, found in a survey of around five million employees that 30 percent of employees have a so-called best friend in the office. More than half of them, namely 56 percent, are fully committed to their work.

Of the remaining 70 percent, only eight percent were enthusiastic about their job, 63 percent did service and 29 percent even noticed negative comments about their job. A survey by Monster.de also shows that just over one third of all employees separate their private life and job strictly.

What benefits do friends bring to work?

The connection between friendly feelings, working atmosphere and increased performance is evident: those who understand themselves well with their colleagues have more fun and are more productive. Nevertheless, caution is sometimes required - because friends can be chosen, colleagues can not. As conflicts of intercourse and intercourse are mixed, conflicts can arise.

It becomes problematic, for example, if the one wants more than a collegial relationship, but the other does not. Or if Tischnachber likes to tell piquant details from his private life, which one would rather not hear. As most people want a harmonious day of work, they are unsure whether they can put such colleagues in the way.

And what problems arise?

Another problem is envy, which is the result of a sudden career of fellow colleagues - and the other does not. Or when private information is misused to gain a professional advantage.

Depending on the intensity of the relationship, one should also address such negative feeling, because to a certain extent such behavior is normal. In a normal working relationship, on the other hand, a substantive conversation about the new situation is enough.

Is a knit separation of private life and work day meaningful?

In turn, however, it is not useful to separate private life and professionalism. Apart from the fact that this is now becoming increasingly rare, conflicts can hardly be avoided in the long run. On the contrary, whoever avoids the need for private contacts is soon seen to be unsympathetic and is mutually exclusive, which in the long run also hurts the career.

And one more thing to note is that, thanks to the flexible working methods, frequent location and workplace changes, there is less and less opportunity to establish and maintain intensive private relationships outside the profession. In addition, one is inevitably talking about the work with which one is spending his day. If you do not make a compensation there will be a big problem when you lose a job.

10 Tips for dealing with friendships at the workplace

Friendships in the workplace can make working easier, but can also lead to conflicts. 10 tips for proper handling.

5 responses to "Friendships with colleagues at work: 10 tips for dealing with private matters at work"