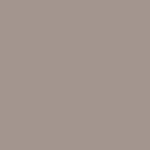 Jan Thomas Otte is a consultant for Accentur, journalist, coach and research fellow at Princeton University. Jan Thomas Otte works as a correspondent in the expert network Constart.com and works as a consultant for Accenture in Zurich. He writes in the magazine about people in the balancing act between career and character Career insights, Theology student at the University of Heidelberg qualified in economics and psychology at the universities in Augsburg, Erlangen and Princeton (USA). At the same time, a journalism education was added to the Konrad-Adenauer-Stiftung. He is a Research Fellow at Princeton University, Woodrow Wilson School for International Relations and Public Affairs. And the Faith at Work initiative at Professor David Miller. All texts by Jan Thomas Otte.

OPINION! Business ethicist Professor Dr. Josef Wieland: "Ethical investments are important, but the 'how' is not yet clear!" 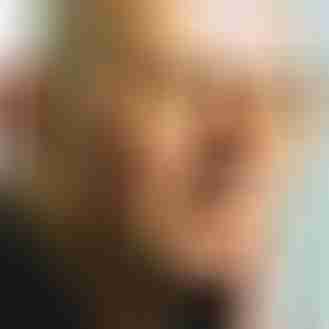 Josef Wieland is Professor for Business Administration at the University of Applied Sciences Konstanz. Specializing in business ethics, morality is the business card of every company. Especially in the banking sector. In an interview he explains why sustainability should not just be grafted on!
Josef Wieland is particularly through the developed by him Concept ABC School Joke Oud of governance ethics, which ties in with Niklas Luhmann's systems theory and the approach of new institutional economics with regard to transaction costs. Wieland initially trained as an industrial clerk and then worked in industry for ten years. He studied economics and philosophy at the University of Wuppertal. After graduating with a degree in economics in 1985, Wieland worked until 1990 at Bernd Biervert's “Market and Consumption” chair in Wuppertal, where he received his doctorate summa cum laude in 1988 for his thesis “The discovery of economics”. From 1990 to 1995 Wieland was head of the business ethics research center at the Westphalian Wilhelms University in Münster. In 1995 he completed his habilitation in economics at the University of Witten / Herdecke on "Economic Organization, Allocation and Status". Wieland has been teaching at the Konstanz University of Applied Sciences since 1995.

Mr. Professor Dr. Wieland, can ethical investments (re) establish something like justice?

The idea is good and right. Only the "how" has not really been clarified. Investing in ethically sound stocks and funds is only a fraction of the market volume worldwide and especially in Germany. So far a limited thing.

Why are banks involved in ethical investments?

I suspect that it is often about the reputation of the banks and the financial markets, “branding” the good, especially in the face of the crisis. Banks are measured by their customers by their products, not by their guiding principles.

This applies globally and regionally. Which funds are invested in? What about energy and water? Are there loans for socially weak people? How is table movement supported? That's what society wants to see. Until then, social investments remain a communication strategy.

"Banks are often far too passive"

Let's stick to a concept. What does sustainability mean to you?

At any rate more than the continuity of business. This would be only the part of the economy, one-sided without the ecological and social component. It is about the provision of social prosperity. Banks are the backbone of our society, and they are often too passive.

Some institutes are already boldly engaged today, the savings banks and cooperative banks with their regional promotion contract. But we should pay more attention to the development of sustainability before our own doorstep.

9 responses to “OPINION! Business ethicist Professor Dr. Josef Wieland: "Ethical investments are important, only the 'how' is not yet clear!" "