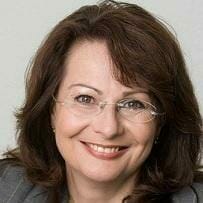 Roswitha A. van der Markt is a management consultant and executive coach for HP, Siemens or SAP.van der Markt studied humanities in Munich, Amsterdam and Pretoria and has more than 25 years of international management experience, including as a managing partner of the world's leading management consultancy Accenture. She holds an Executive MBA from Harvard University in partnership with MIT, Sloan School of Management (Boston, Mass.). She is also Commercial Manager (Babson College) and winner of the German University Software Prize. Roswitha has been working since 1998 van der Markt as an executive consultant and coach for first and second level executives as well as an author and business speaker. Her international customer and experience background includes companies such as Accenture, Siemens, Fujitsu, Infineon, HP, Oracle, SAP, Allianz, BT, GE, Telekom, as well as outstanding medium-sized companies. As an expert in business transformation, change management, leadership and human performance, as well as strategy and organizational development, she oversees mandates in Eastern and Western Europe and the USA. She also held lectureships at Ludwig-Maximilians-Universität, Munich Otto-Friedrichs-Universität, Bamberg, the Technical University, Dresden, the IE Business School, Madrid and was project coach of the IEWS (Institute of EastWest Studies) and UNESCO for multi-national projects on the economic and democratic development of Eastern Europe She describes herself as a digital baby boomer and has been working as a digital nomad for almost 20 years. More information at rvandermarkt.com/

The end of the classic career: rise, descent, change?

In times of digital transformation, careers and careers are even less “plannable” than before. The traditional successful model of a steep managerial career up to the top floors has become fragile. Previously impressive hierarchical titles are no longer meaningful and offer no guarantee of success. Instead, there are evangelists who even step down from a CEO position. A disruptive change in our thinking about career and success is necessary. 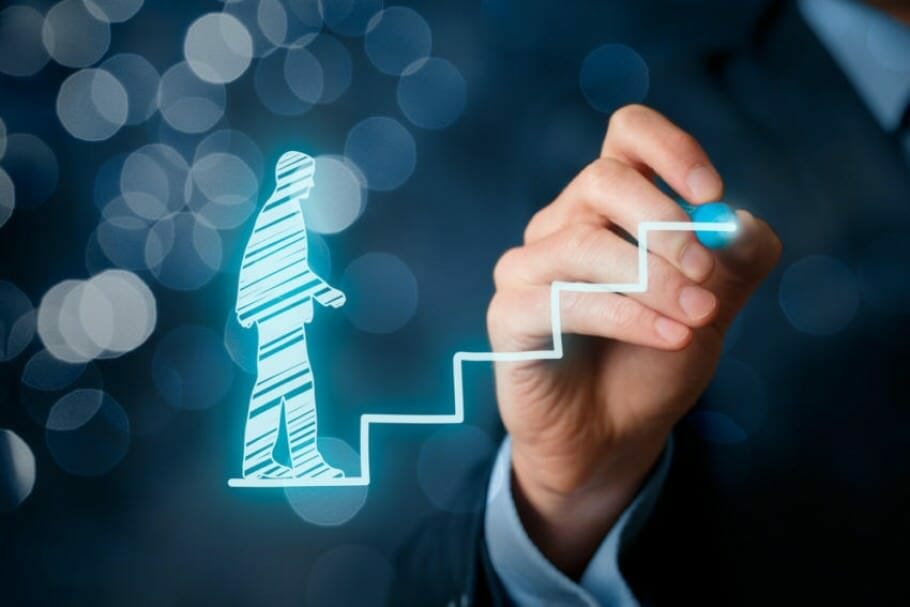 The world of work 4.0 breaks with almost all basic rules of previous management and organizational theories, but above all with our thinking about “regulated work”. This topic has been with us for a little over 2-4 years. But where do we actually stand in this process. We are still a long way from inbound and outbound networked organizational structures, self-organization to democratic corporate management.

Rigid structures with established hierarche levels, as are still common in most groups, are only slowly changing towards agile project and decision-making structures. This requires a release of old patterns, trained over decades.

The digital maturity of German companies fluctuates considerably - from a few surprisingly hierarchical, even patriarchal, companies through a variety of different forms of the penetration of digital communication and cooperation in teams with participatory leadership style up to to very few companies with democracy, such as Haufe-umantis AG, where managers and roles are elected by the employees themselves.

The need for change is being seen happiness

For companies surveyed in 7000 countries surveyed, the Deloitte Human Capital Trend 130 noted that the redesign of the organizational structure and thus the adaptation to the needs of digitization and the New Way of Work with 2016% is the top priority followed by 92 % to eliminate leadership gaps and with 90% amazingly high with a focus on corporate culture. The study shows the central problem areas changing to innovative organizations

Well, this was a global study on 130 countries. The innovation trend index 2016 shows a different climate in the German economy. More than 35% of German surveyors surveyed said they had already boycotted innovation out of fear. More than half, 54% of the employees of German companies fear a loss of power and only 10% of respondents were able to state that innovation ideas could overcome the hurdle of power at all.

This clearly shows that, in 90% of German companies, innovation is failing at the hurdle of power, for fear of loss of power and status, and only a slight lack of faith in the possible implementation of 11%.

The quest for excellence - our only career model

Why isn't this surprising? Why is it so understandable and understandable that you don't want to give up power and status? - For decades, indeed centuries, our striving, our model of thinking has been shaped by the striving “upwards”.

Success was achieved when you completed your apprenticeship, graduation or diploma as one of the best and was then hired as quickly as possible in a renowned company, which looked after the further education as well as the development of the employees. In the best case, the classic career went linearly upwards, in the same company loyal and integrity step by step the career ladder.

With the position of top manager, perhaps still a DAX company, you are still one of the “crème de la crème” of the German economy. This cannot be topped, this is success, not just a career, but also life-success, because everything else in life had to be geared towards this top position.

This clear model, which is clear to everyone, is now slowly breaking down, but there are still no crash barriers or lighthouses, such as we can define success and career.

For decades, the manager vs. the professional expert career has been played in performance and talent management. A professional career as an expert was indeed respected, also valued, but always only second choice.

Being a senior manager did not only pay off financially, but was also endowed with more power and status. Therefore, many have chosen the way to a manager's career, although they have not felt called upon to do so. Anyone who wanted to be successful, wanted to move and be well looked, had no other option. This success was important not only in the professional field, but also in the family and friends circle.

The fact is that the Gallup 2015 survey showed bad grades to executives: 47% said they had been promoted because they were very successful and very experienced in their previous position without leadership. Leadership competence was hardly decisive for this.

This system is now taking revenge. Because both the selection of high potentials, the career models, the entire job descriptions and performance management are based on these principles. Only the performance of the individual is measured, not that of one or more teams.

The change from a line position to a project responsibility is still seen by many headhunters and HR managers as a "descent" that has to be justified, even if it concerns globally relevant projects of a company. It is still judged by the range and depth of leadership.

At Microsoft, managers from other companies have long had to accept that they don't get a great title or status label. “It's more of a decline in my positioning: don't I lose my image there?” were frequent objections. But at Microsoft, managers of global projects are often “more important” than colleagues with a more traditional leadership designation.

Thinking models of the past of success and career

Not only is digital transformation too slow and too cautious to meet the rapid change in the market, but our thinking models of success and career, leadership and management remain in the past.

Unfortunately, most managers have neither the courage nor a concrete idea of ​​how they can implement the radical change in corporate culture that is propagated everywhere. One can also doubt whether they want at all. Most large corporations have been run almost consistently by traditional manager types of the past decades. They would clearly lose power and contradict the status for which they have fought for years. "Disruptive innovation for the sustainable good of companies and society - that is far from being anchored in all management minds". (Stephan Grabmeier, Chief Innovation Evangelist, Haufe-umantis AG)

But even if managers want to, they often have little chance in corporations and some industries. Trade unions and works councils hinder almost any change, so far they have not dealt with the necessity of digital transformation. They have become stuck in the past and are still boycotting job rotation, the necessary further training in digitization and continuous change:

They spy on employees to see if their actual job exactly matches their job description and snub the manager responsible with the statement: “The man is a mechanic. Why does he have to carry out digital tasks. It has nothing to do with IT. That has nothing to do with his job description. That must not be;" or culminates in the statement when presenting a necessary change program: "But that is the last change".

As long as essential action committees in our economy handle our business capacity, and also "employability of the individual", however carelessly and thus dangerously, neither radical nor rapid change can happen.

Here, we are all asked to work on a new, modern success and career thinking.

9 responses to "The end of the classic career: promotion, relegation, switch?"