The annual Students on Snow advertises with the slogan "Europe's highest job exchange". A few hundred students and representatives of Company like Bayer or Siemens had come together to have fun - and to tap job opportunities together. What happens? 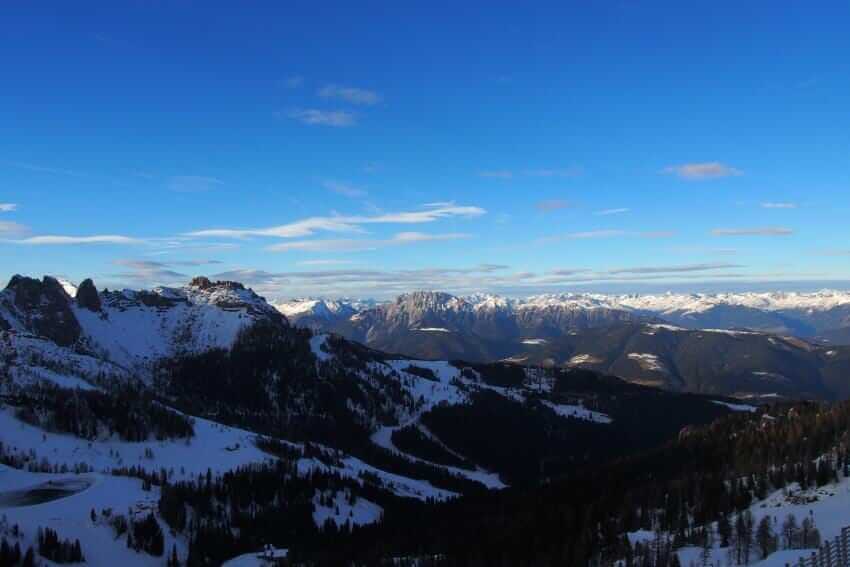 Content - More knowledge, PDFs books and personal advice here Hide
Living social media
Looking for a job while skiing - is that possible?
First-time non-committal learning
Like Facebook in live
Employer branding instead of employment contract
Trademark deficit as a marketing problem?
Which subjects are represented?
The matching has to be right
The mixing of private and professional makes many unsafe
When the student talks with the staff loosely over ski slopes

Only recently did I write about lived social media - and about Bjorn Troch, who as a social traveler had his travel route set by fans and followers for three years and also made part of his life public.

Today I would like to describe another aspect of the topic: the mixing of professional and private aspects when looking for a job. That already starts in Facebook when students interact with potential employers with their private accounts. As Europe's highest job exchange, the “Students on Snow” goes one step further: It wants to bring HR professionals and students together for skiing.

Looking for a job while skiing - is that possible?

Bright sunshine, at least until noon at 2, 110 kilometers of slopes, 30 lifts and party without end - the ski area at Nassfeld in Tröpolach, Carinthia, offers great winter fun. However, the 350 students are and representatives of six Company or economic regions did not come to the Students on Snow

For Europe's highest job market, as the title of the event, is about something else: students and potential employers want to get to know each other in an informal way. Can this work? At the invitation of the organizer SOS-Events, with whom we also cooperate in other areas, I was there and got a picture. 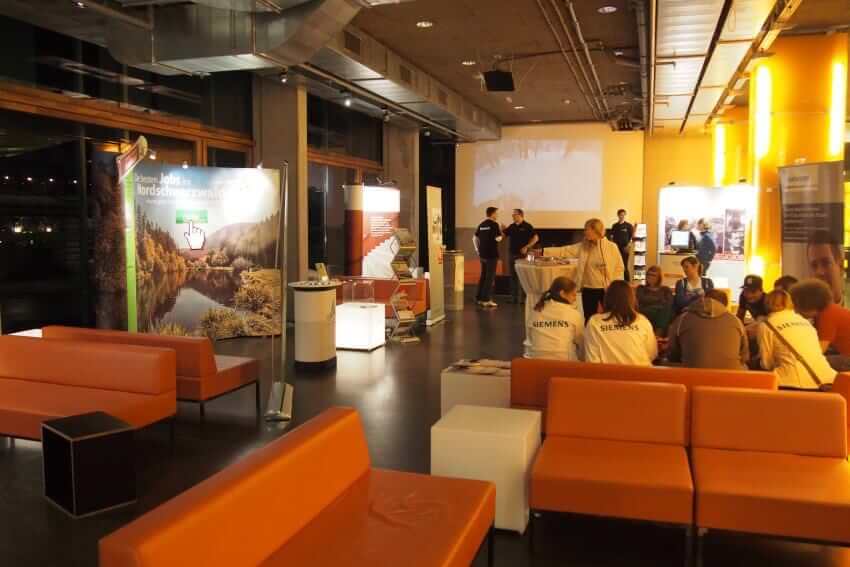 The organizers of this year 's program were well informed about the fact that there were fewer students and companies than last year. Good 12 hours were the buses with the students to Carinthia, quite long for two days of skiing, the longest journey from Frankfurt, for North German students inaccessible. A closer location is to be found next year

It quickly becomes clear that it is not a question of placing jobs directly. More like getting to know each other without obligation. Many students just want to party - and they do it boisterously and sometimes with alcohol until 6 a.m. Especially the first semester think that starting a job is still a long way off: “I am not interested in the job market at all, I'm only here for skiing,” one says to me a little defiantly. 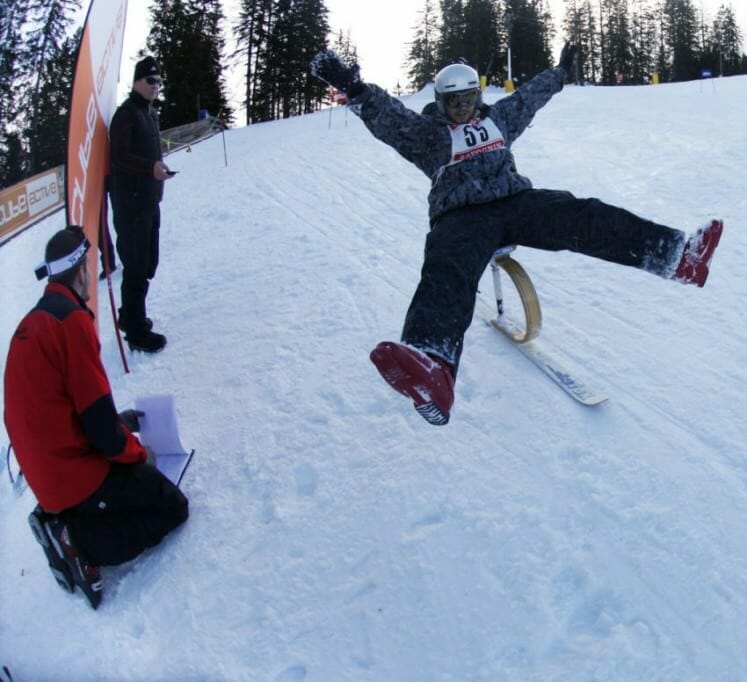 But the risk lies precisely: The companies naturally look closely at how someone presents themselves in this apparently non-binding framework. A little like Facebook in live. Only that the students are fully conscious, one would think, have entered a professional environment. The boundaries between work and private life are also blurring here.

The company representatives, who have built up their stands at the Cube-Hotel and at the top of the slopes at the Tressdorfer Alm, are also relaxed. But even if there are some talks besides the whole fun: 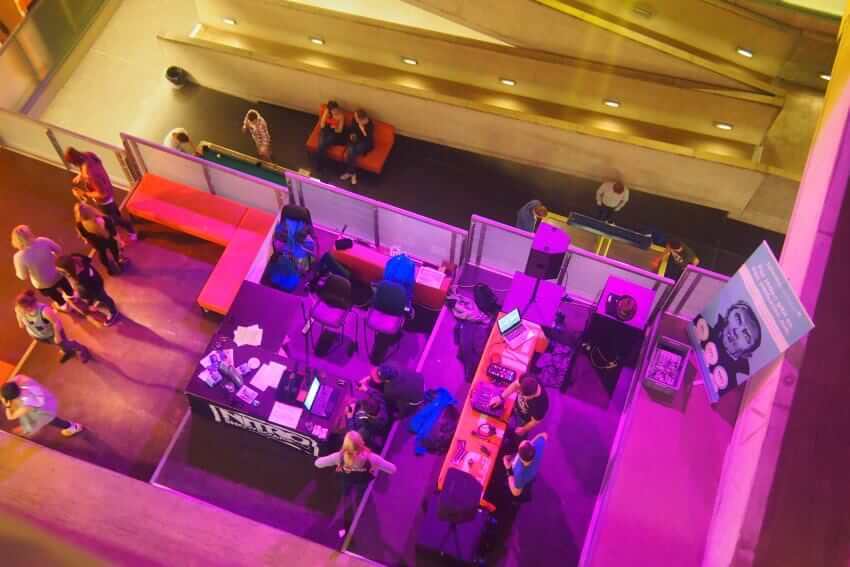 Employer branding instead of employment contract

Nobody will drive home here with a signed employment contract. Rather, it is about tapping the professional opportunities. One speaks about internships, contact persons in the company or the application modalities.

But if you ask the companies exactly, it's all about employer branding: The top forces of tomorrow should remember later when looking for a job, because at that time when skiing this cool company was XY - and then there apply. What the companies expect exactly, this is what the second part of our article is about. 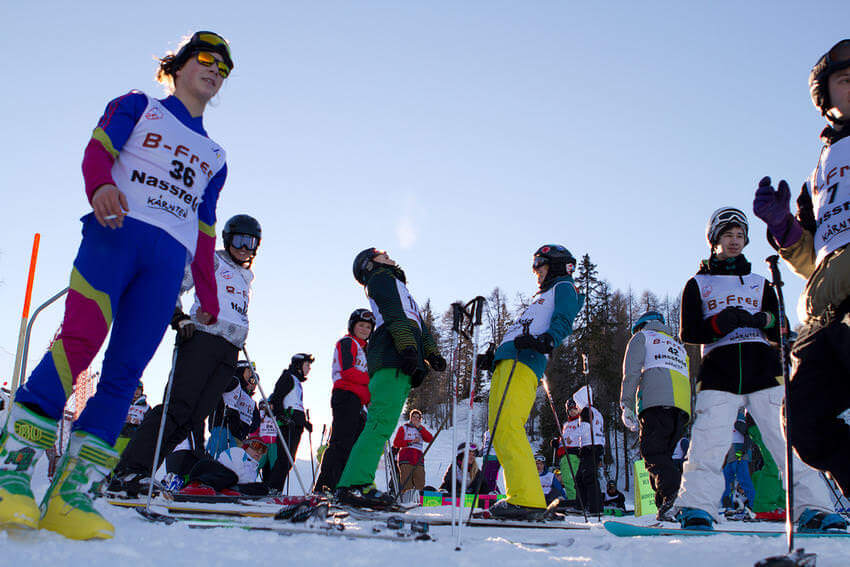 Trademark deficit as a marketing problem?

You could also say that companies on “Students on Snow” are less about concrete job offers, but more about employer branding. But what do you actually expect from “Europe's highest job exchange”? The less well-known companies hope to stand out more against the group competition than at large job fairs where they go under. That seems really necessary:

In fact, discussions with students show me that Siemens and Bayer are in the focus of interest and that the little ones are often not shortlisted as employers because the graduates do not even know what they are doing. Shortage of skilled workers as a marketing problem? Because the small, unexpectedly interesting things actually have to offer: The economic region of Heilbronn-Franken, for example, has the highest density of world market leaders in Europe - companies such as Würth, Audi, Lidl or Kaufland are located here.

Which subjects are represented?

And the SAP consultancy Ecenta based in Walldorf has only 180 employees, but also offers international career opportunities with branches in Dallas, Singapore, Santiago de Chile or Melbourne. In addition, you are not like many other companies focused on certain subjects.

In fact, students from subjects such as economics, mechanical engineering or business engineering are in fact here - the advertisements at the universities have been specifically coordinated with the desired subjects of the financial companies.

The matching has to be right

A basic problem of job fairs is also evident here: Matching must be right. And that's not so easy, because you first have to get into conversation. Perhaps this is also difficult because one or the other student has the very special and perhaps too high expectations of the discussions with the company representatives.

If, on the other hand, you are not shy and can market yourself well, the advantage is clear. It is precisely this: It was true that the students were able to send their CVs to companies beforehand, but they did not know how to approach the employers in detail. 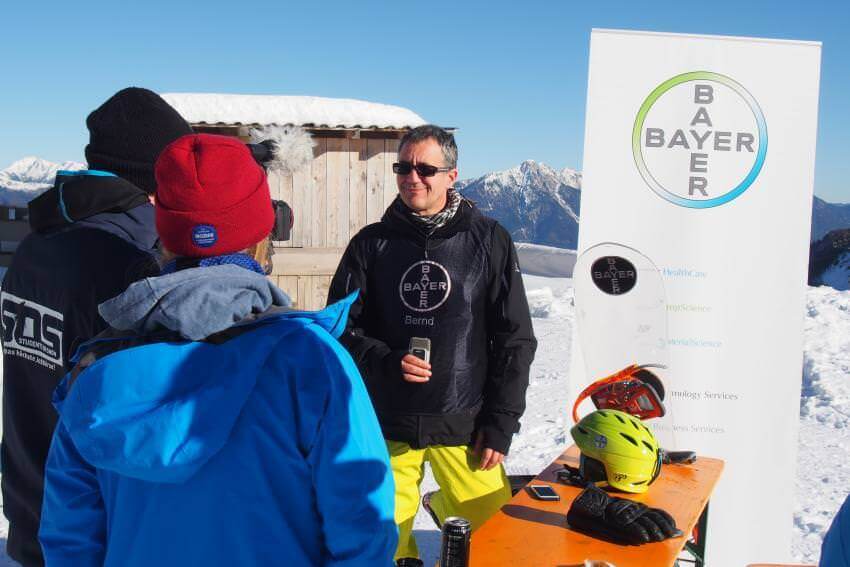 The mixing of private and professional makes many unsafe

But the companies make the unfamiliar frame uncertain: A Personalerin told me she would not just talk to the young people when celebrating. And that in the summer, at the Students of Sports, thanks to the numerous group activities, such as canyoning or climbing, worked better with noncommittal getting to know each other.

Perhaps a problem of the format: Skiing is not a team activity, but the group is distributed more. Even if the organizers have offered numerous group activities such as Zipfelbobrennen, Snowvolleyball, Skifox or Kicker Line - most wanted to go to the slopes. However, the University Cup, where the fastest of all participants was a woman, was very popular. 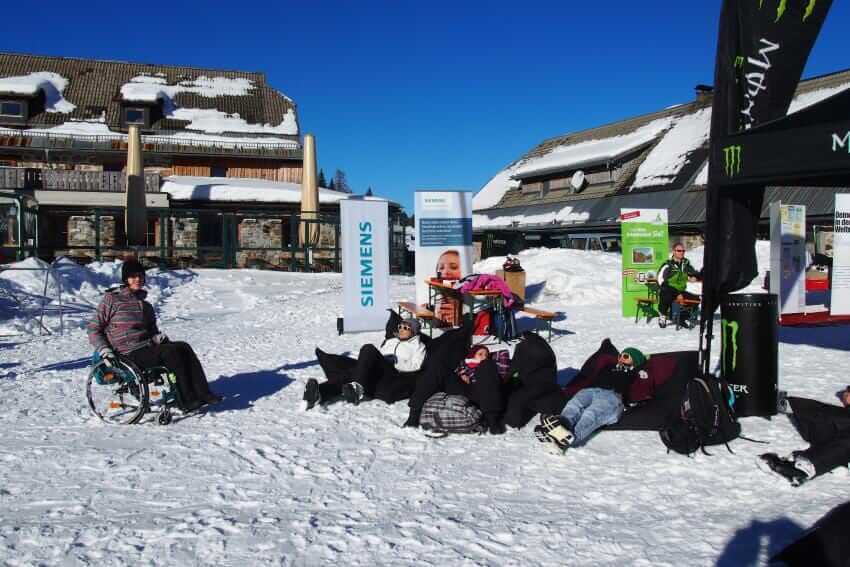 When the student talks with the staff loosely over ski slopes

However, once the matching hurdle has been taken, the event offers numerous advantages, as the event is an excellent opportunity for team building and deepening existing contacts:

Bayer had invited 25 students from the student association Enactus Munich in recognition of outstanding achievements for the ski weekend. And Siemens also invited ten students to a lunch to overcome the initial difficulties. You have to create conversation opportunities.

And when you see a student loosely with the staff of a large corporation about snow conditions and snowboards, then the plus of such a format shows up. Because then, not applicants and employers talk to each other, but two people who are enthusiastic about something. Even if this is not always the case: Should not it be the ideal thing for a cooperation? 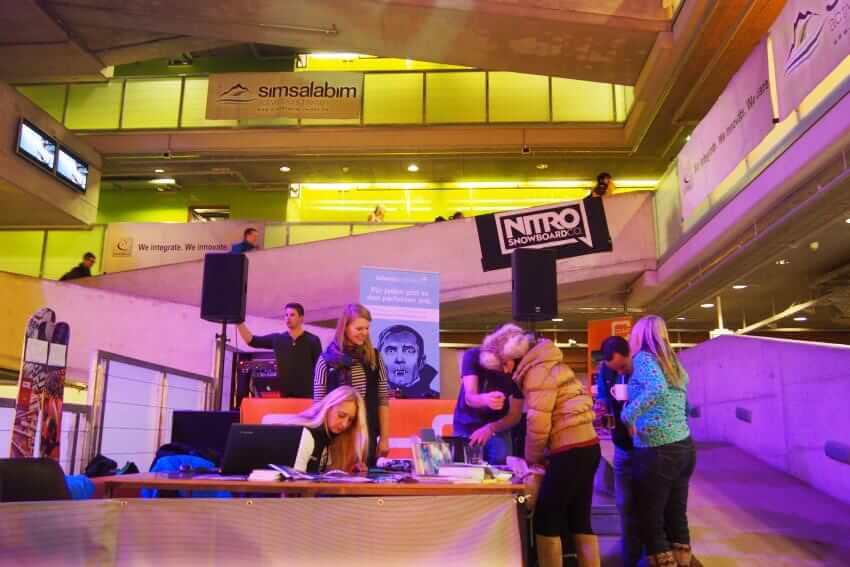