Charisma is crucial for success - especially as a company founder, as Elon Musk clearly demonstrated when founding Tesla. 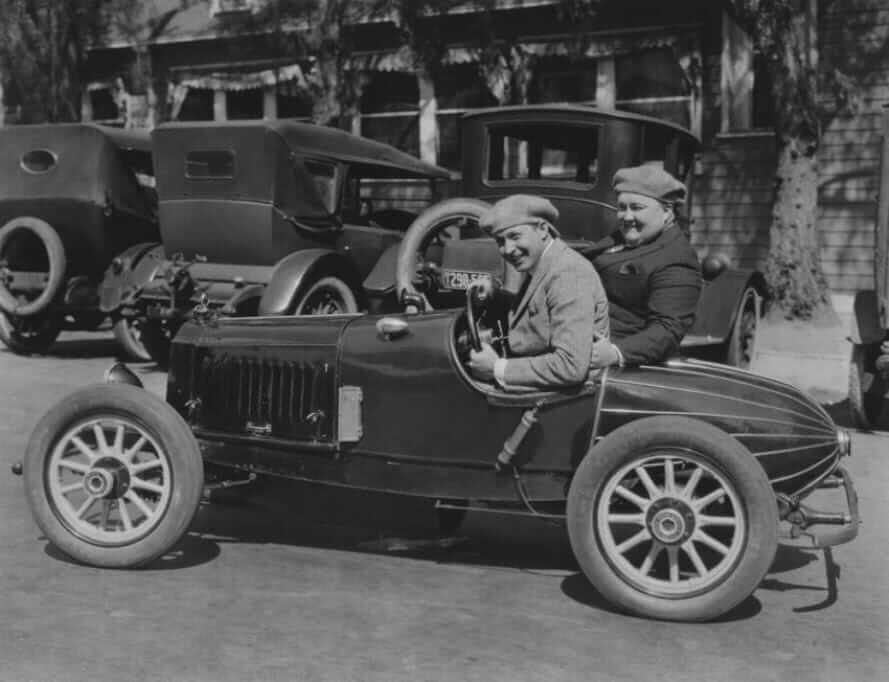 Content - More knowledge, PDFs books and personal advice here Hide
The founder's charisma
From the crazy idea to implementation
An idea is born
How an idea takes shape
The creation of a global company

Martin Eberhard and Marc Tarpenning founded NuvoMedia in 1997 and developed one of the first digital book readers, Rocket, with the company eBook, Working for NuvoMedia, the two men had learned a lot about the latest technology in consumer electronics and the vastly improved lithium-ion batteries that provided power for laptops and other portable devices.

The Rocket eBook was ultimately too far ahead of its time and did not become a great commercial success. At least it was innovative enough to arouse the interest of the Gemstar International Group, which among other things sold the TV Guide and technology for electronic program guides. In March 2000 Gemstar bought NuvoMedia for $ 187 million.

From the crazy idea to implementation

Having become rich in this way, the two founders stayed in contact even after the sale. Both lived in Woodside, one of the wealthiest cities in Silicon Valley, and occasionally chatted about potential new projects. “We came up with some crazy things,” says Tarpenning. “For example, we once thought of a modern irrigation system for farms and houses based on intelligent water sensor systems. But none of it seemed really convincing to us and we wanted something more significant. "

Eberhard was an extremely talented engineer with the social conscience of a benefactor. The repeated conflicts in the United States in the Middle East made him uncomfortable and, like many other people of scientific interest, around 2000 he began to view the problem of climate change as a dangerous reality. So he started looking for alternatives to fuel-hungry cars. He examined the potential of hydrogen fuel cells, but did not find them convincing. He didn't see much either Sense in a leasing model, as was offered by General Motors for its EV1 electric car. However, what aroused his interest were the all-electric cars from AC Propulsion that he had discovered on the Internet. Around 2001 Eberhard went to Los Angeles to visit the company.

An idea is born

"The building looked like a ghost town and as if they would close soon," says Eberhard. "I gave them $ 500.000 so they could build one of their cars with lithium-ion instead of lead-acid batteries for me." Eberhard also tried to persuade AC Propulsion to develop from a kind of hobby workshop to a commercial company. When these efforts failed, Eberhard decided to set up his own company to find out what could really be achieved with lithium-ion batteries.

First, he designed a technical model for his electric car in the form of a table. In it, he was able to change various components and check how they affect the design and performance of the car. He could modify the values ​​for weight, number of batteries, rolling resistance of the tires and air resistance and then calculate how many batteries he needed to power the various versions.

How an idea takes shape

It became clear that the SUVs, which were very popular at the time, were not good candidates, and something like a delivery van was also quickly eliminated. The technology seemed more suitable for a lightweight, expensive sports car that drives very fast, is fun and also promises a greater range than most people would expect. These technical specifications supplemented the considerations of Tarpenning, who had meanwhile dealt with the business model for such a car.

At that time, the Toyota Prius was becoming a fashion in California and was very well received by wealthy eco-enthusiasts. "We also found that the average income of EV1 owners was $ 200.000 a year," says Tarpenning. People who used to buy Lexus, BMW, or Cadillac saw electric and hybrid cars as a new kind of status symbol. So the two men got the idea to develop a product for the luxury car market that has a volume of $ 3 billion a year in the USA - rich people should have fun with it and feel good at the same time. "People are ready to pay for cool and sexy and impressive acceleration from 0 to 100," says Tarpenning.

The creation of a global company

On the 1. July 2003 Eberhard and Tarpenning officially founded their new company. A few months earlier, Eberhard had been to Disneyland with his wife. During the visit he had come up with the name Tesla Motors. He wanted to pay tribute to the inventor and electric motor pioneer Nikola Tesla, he also found the name simply cool. The two founders rented an office with three desks and two small rooms in a run-down 1960-era building at 845 Oak Grove Avenue, Menlo Park. The third table there was occupied a few months later by Ian Wright, an engineer who grew up on a farm in New Zealand.

He was a neighbor of the Tesla founders in Woodside and had them help him refine his investor advertising for a network technology start-up. When the hoped-for money failed to materialize, Wright joined Tesla. The three men initiated a few confidants into their plans - and received nothing but ridicule. "In a pub in Woodside, we met a friend who we wanted to tell what we ultimately decided on and that it would be an electric car," says Tarpenning. "You can't be serious," the answer was.