Text comes from the book: “Am I the fool here? How you are no longer available to the work mania ”(2013), published by Mosaik Verlag, reprinted with the kind permission of the publisher. 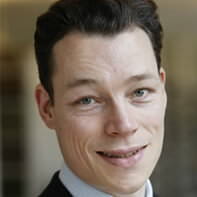 Martin Wehrle is a bestselling author and Germany's best-known career and salary coach. He successfully advises employees on salary, career and application issues. Under the umbrella of the career counselor academy, he passes on his experience and has developed the first systematic training for career counselors / coaches in Germany. His book “I work in a madhouse” has been around for over 125 weeks SPIEGEL-Best seller list. A wide audience also knows him from television, radio and magazines.

Efficiency Time Management Multitasking: Why Only Dragons Have Three Heads

“If you don't know where your head is, you could already have lost it,” says the aphorist Rupert Schützbach. And thus shows the basic problem of multitasking.

Anyone who reads the study on the subject could - headword multitasking - shout at the same time, shake their heads, curse and scare the preachers of multitasking out of their churches.

Because the thing with a head - that's exactly the mockery of multitasking: While it gives the impression of making people more effective, it costs effectiveness and conjures up errors.

How exactly do human workflows work?

University of California computer scientist Gloria Mark has worked over 700 hours to map the workflows of 24 people.

The processes of seven managers, eight programmers and nine analysts were examined. The study recorded every step, every movement, every disturbance and interruption to the second. The result was surprising and shocking.

Attention: work interruption: 25 minutes until you get back on the road

It was not only shocking that an employee was interrupted every eleven minutes on average. What was most shocking was what happened afterwards: It took 25 minutes before he picked up the thread of his original activity again! And then the question started:

It took eight minutes to submerge it again - and three more to tear it out again. Three minutes! At a time when it is barely enough to make a cup of coffee, the heroes of the modern working world are supposed to solve complex problems. Is it surprising then that there are always ruinous mistakes, such as those that plunged us into the banking crisis?

Especially since the employees have to formally tear themselves: Twelve separate tasks each of the workers observed by Gloria Mark had to do. People behave like drowning people: when they realize that they can not do it, they are struggling more and more violently.

They fall into actionism and repeat what has not worked, instead of trying out what might work; they are drowned in labor.

Researchers at the University of Utah in the United States have shown in a driving simulator that a phone call while driving lowers concentration by at least 40 percent.

Those on the phone made as many driving errors as drunks. Why should a stock exchange trader who is on the phone while chasing stocks act less drunk?

How Much Money Are Companies Losing From Multitasking?

The price for this madness is high, and not just in terms of health. In the US, 28 billion hours of work go up in smoke every year because employees are interrupted. This fun costs $ 588 billion.

As a precaution, nobody has collected these figures for Germany. Or is he still on the rise, but has not come to a result because of all the multitasking?

3 responses to “Efficiency Time Management Multitasking: Why Only Dragons Have Three Heads”