The best and most effective way to find a new job that fits your skills is to be recommended. Social media helps. Deciding is how to use it. 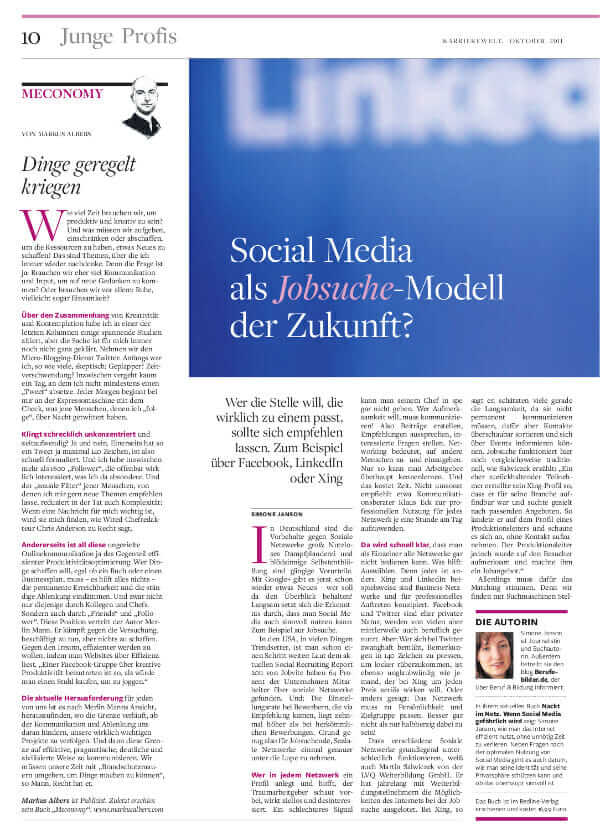 Reservations about modern forms of communication

In Germany, reservations about social networks are high: Useless steam chatting and stupid self-disclosure are common prejudices. With Google+ there is already something new - who should keep an overview? But slowly the realization is gaining ground that social media can also be used sensibly: For example, to find a job.

In the United States, in many ways a trendsetter, you are one step ahead: According to the latest Social Recruiting Report 2011 from Jobvite, 64% of the Company Employees found via social networks. And: The recruitment rate for applicants who came via a recommendation is ten times higher than for conventional applications. Reason enough for job seekers to take a closer look at social networks.

Anyone who creates a profile in each network and hopes that the dream employer will drop by will look aimless and disinterested. You can't give your boss a worse signal at all. If you want attention, you have to communicate! So create contributions, make recommendations, ask interested questions. Networking means approaching and responding to other people. This is the only way to get to know employers at all. And that takes time. It is not for nothing that communications consultant Klaus Eck recommends spending one hour a day on each network for professional use.

It quickly becomes clear that as an individual you cannot operate all networks at all. What helps: Choose. Because everyone is different. Xing and LinkedIn, for example, are business networks and designed for a professional appearance. Facebook and Twitter are more of a private nature, but are now also used professionally by many. But: Anyone who makes a compulsive effort on Twitter to press comments in 140 characters in order to get across easily is just as unreliable as someone who wants to look serious at Xing at all costs. In other words, the network has to match personality and target group. Better not to be half-hearted!

Martin Salwiczek from LVQ Further Education GmbH knows that different social networks function fundamentally differently. For years he has explored the possibilities of the internet for job searches with further training participants. At Xing, he says, many people are particularly appreciative of slowness because they do not have to constantly communicate, but can sort contacts in a manageable manner and find out about events.

Finding a job here is still comparatively traditional, as Salwiczek explains: “A rather reserved participant created his Xing profile in such a way that he could be found for his industry and looked specifically for suitable offers. So he landed on the profile of a production manager and looked at it without making contact. However, the production manager became aware of the visitor and made him a job offer. ”

The matching has to be right

However, the matching must be correct. We only find job advertisements and applicant profiles with search engines because they are provided with the appropriate titles and keywords. Job search only works so quickly and practically if you can also enter suitable search terms in the fields - for example with clearly defined, easily understandable job titles. This is a problem for more and more people. Career counselor Svenja Hofert knows about the difficulties of finding suitable jobs in job markets.

Because there are often different names for the same job: "What kind of job am I looking for if I want to work in marketing with a supporting role? The corresponding job can be advertised as a marketing assistant, but also as a project assistant or chief secretary. ”According to Hofert's research, however, it only becomes really difficult for highly qualified positions that require specialist knowledge. Because: "The same activities in the area of ​​sustainability could be found under 'academic staff', 'manager sustainability', 'staff sustainability' and 'expert sustainability'." 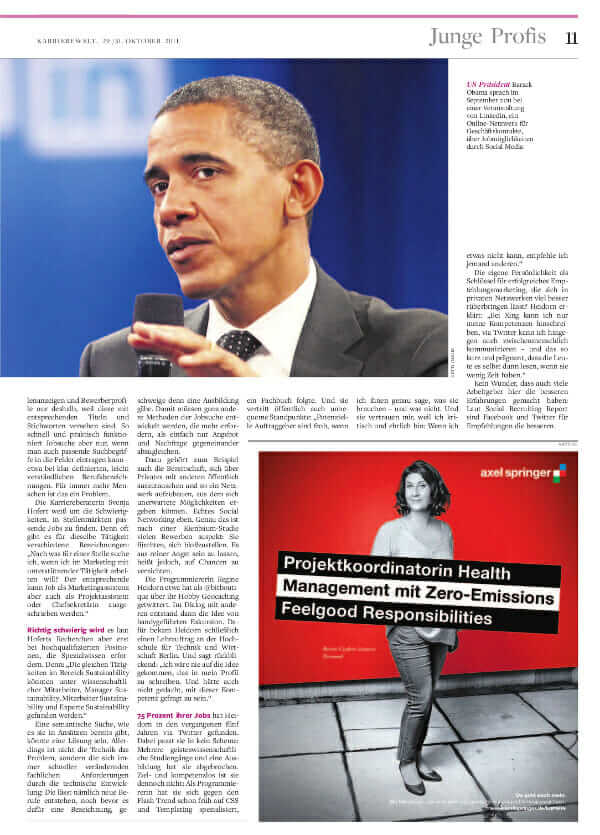 Semantic search as a solution?

A semantic search, as it already exists in the beginning, could be a solution. However, it is not the technology that is the problem, but rather the ever faster changing technical requirements due to technical development: This creates new professions even before there is a name for it, let alone training. This means that completely different job search methods have to be developed that require more than simply comparing supply and demand.

This includes, for example, the willingness to exchange publicly with others about private matters and thus build a network from which unexpected opportunities can arise. Real social networking. According to a Kienbaum study, this is precisely what many applicants suspect: they fear to be exposed. To leave it out of pure fear, however, means to give up real chances. The programmer Regine Heidorn, for example, tweeted about her hobby geocaching as @bitboutique. In dialogue with others, the idea of ​​a cell phone-guided excursion came up. Heidorn finally got a teaching position at the Berlin University of Applied Sciences. Looking back, he says: “I would never have thought of writing this on my profile. And I would not have thought that this competence would be in demand. "

Heidorn has found 75 percent of her jobs via Twitter in the past five years. It does not fit into any schema: it canceled several humanities courses and an apprenticeship. However, she is not without goals and competence: As a programmer, she specialized in CSS and frontend development and templating at an early stage against the flash trend, followed by a specialist book. And she also publicly takes uncomfortable positions: “Potential clients are happy when I tell them exactly what they need - and what they don't. And they trust me because I am critical and honest: if I can't do something, I recommend someone else. ”

Your own personality as the key to successful referral marketing, which can be conveyed much better in "private" networks? Heidorn explains: "At Xing I can only write down my skills, but I can also communicate personally via Twitter - and so briefly and concisely that people read it even when they have little time." No wonder that many Employers have had better experiences here: According to the Social Recruiting Report, Facebook and Twitter are the better sources for recommendations than business networks - and thus point the way to the job search of the future.