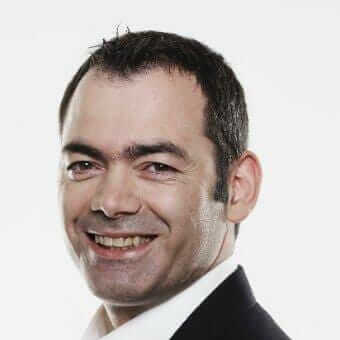 Christian Aubry is the managing director of Edenred Germany. In 1987, Aubry began his career with the French hotel group Accor and from 1998 took on management positions in international sales and as Revenue Management Director Central Europe. From 2004 he headed the Accor service division Germany / Switzerland. After successful mergers with Calicado GmbH and Quasar GmbH, Aubry was a member of the supervisory board of Accor Hotellerie Germany from 2006 to 2009. In 2010, Accor Services under Christian Aubry became the independent company Edenred with the specialized competence centers Edenred Employee Benefits, Incentives and Rewards as well as Public Benefits in Germany.

{Study} The digitization of the world of work

Today the results of the Edenred-Ipsos barometer 2015 are published. We present the most important results in advance. The focus is on the question of how workers are affected by increasing digitalization. 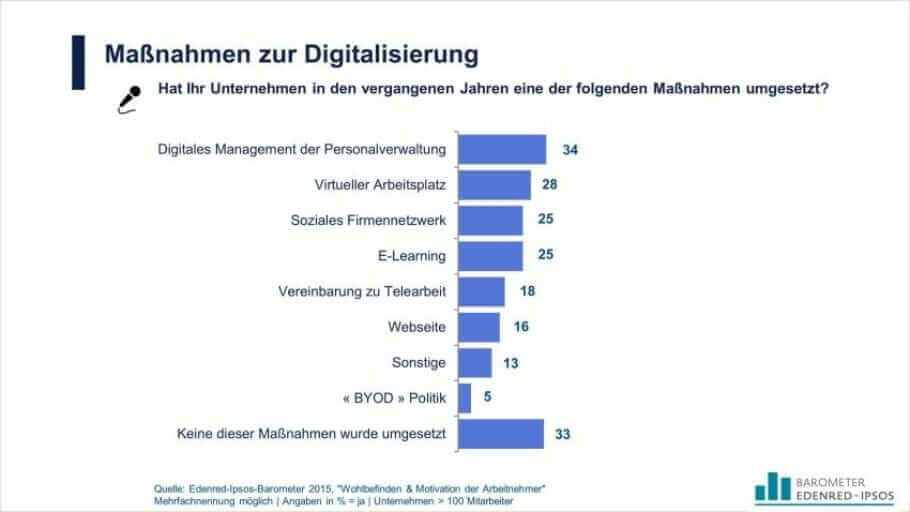 What is the Edenred-Ipsos barometer

Since 2008, the market and opinion research institute Ipsos has been carrying out the online survey among employees on well-being and motivation at the workplace on behalf of Edenred. For 2015, 13.600 employees were interviewed in 14 countries, including 800 in Germany. The study clarifies the following questions:

We found that digitization has taken hold in almost all areas of the company. We wanted to know for how advanced workers look like Company with more than 100 employees keep their employers.

Overall, 51 percent of respondents think the company is well positioned in terms of digital progress. With a European average of 54 percent, the result for Germany can keep up well.

Which instruments are used?

And what digitization measures are involved? 34 percent of respondents stated that an electronic system for personnel management had been introduced in recent years.

In second place, with 28 percent, virtualization of workplaces is taking place - for example, through virtual desktops or telephone conferencing equipment. In third place are the establishment of a social network as well as the offer of eLearning (each 25 percent). 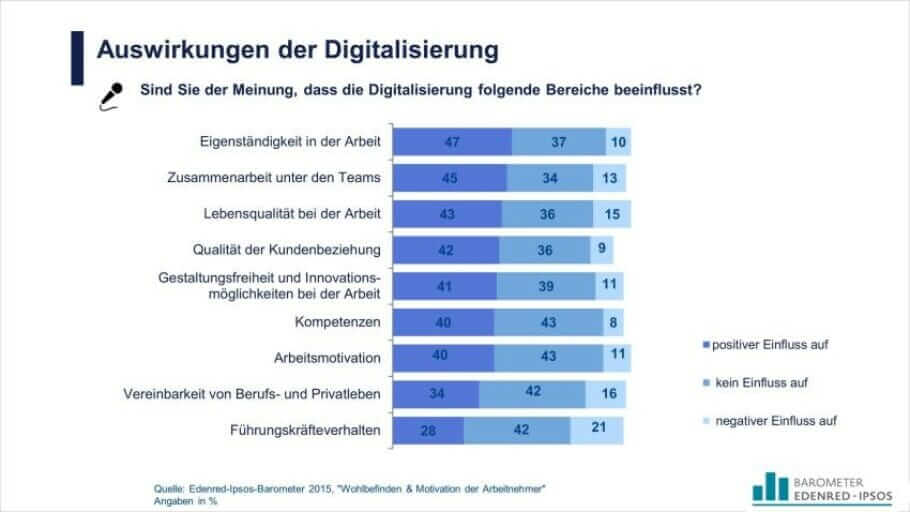 Often no influence can be detected

In addition, we wanted to know how German employees evaluate the digitization at the workplace. The result: they are open to it and the corresponding impact.

Almost half (47 per cent) of the interviewees indicate that self-employment is improved. 45 percent believe that collaboration between the teams within a company is profitable, closely followed by the quality of life at work (43 percent).

However, we can also read from the results that many employees still have no influence - neither positive nor negative. Only for 16 percent of respondents, the progressive digitization has a negative impact on their professional lives.

Leisure and work are blurring more and more

In addition to the attitude towards digitization, this year also asked for the so-called blurring effect. Compared to 2014, the study participants have the feeling that they are being challenged outside the working hours by the job. Last year, 71 percent of the respondents (74 percent) used to work in their free time.

In management positions this is the order of the day with 90 percent. This inevitably leads to stress. As a result, the stress factor has also risen with 2015 beyond 6,3's working load: from 6,6 to 1 - on a scale from 10 to XNUMX. 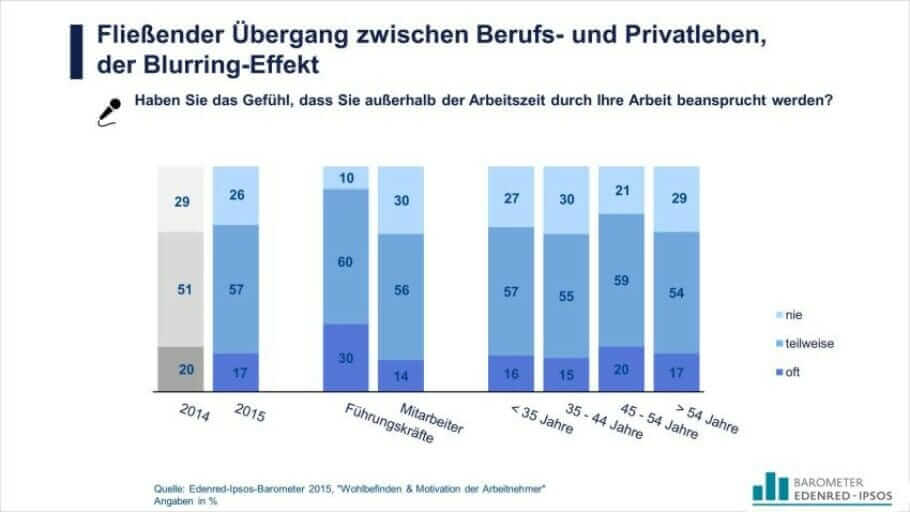 Conclusion: Digitization should be done with caution

As far as digitization in the workplace is concerned, the following quintessence can be drawn: There seems to be a lot of potential in terms of equipment for jobs - both in Germany and throughout Europe. Especially after a large proportion of workers are open to increasing digitization.

However, many workers also complain about stress - the effect of digital progress does not necessarily have to be countered. For companies, the question arises, therefore, of how to limit the blurring of the boundaries between work and leisure with a view to the health of employees.

9 responses to "{Study} The digitization of the world of work"