{Study} Digitization of the world of work in German companies: Terrifying status quo

The digitization of our working world is currently one of the most discussed topics in the HR scene, in Company , at trade fairs, conferences and events. Because it presents companies with fundamental structural challenges. But what is the current state of affairs? A study by Host Europe and YouGov provides the answer. 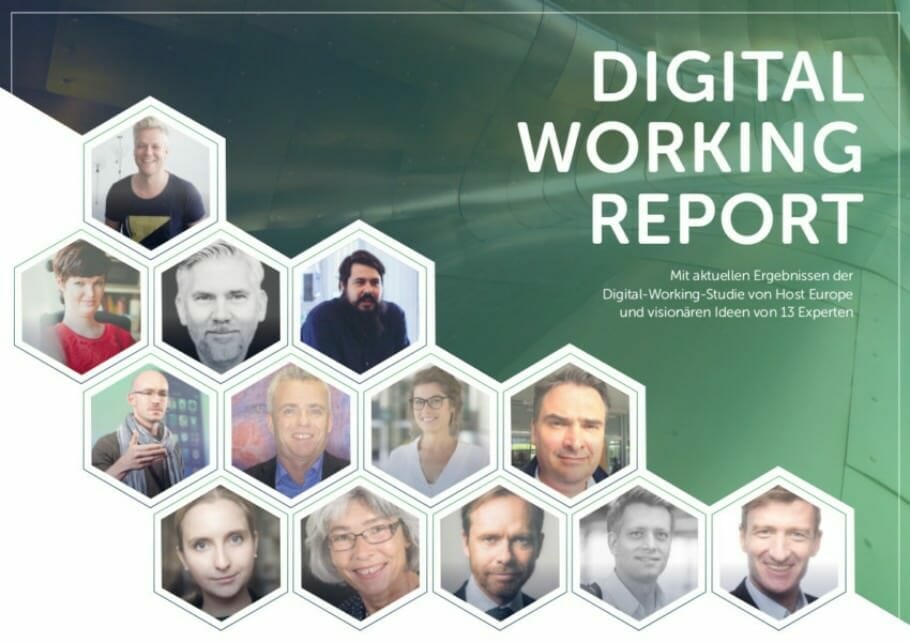 How digital transformation is changing the world of work

Digital change is not easy for German companies, as it poses decisive challenges for managers and employees alike: bosses and managers have to give up power, because networked work requires completely new structures. And the employees have to take responsibility and organize themselves.

Teams work across national boundaries and time zones, staggered in time, using cloud services that are accessible from anywhere. This way of working is completely beyond the control of bosses, who were used to the fact that their employees of 9-17 clock were practically tangible before their nose. And also many employees in the self-organization of their work unsettled.

What is the status quo in Germany?

Digital work in German companies is not always on the stand, which is propagated to the outside world. Many companies that I know have taken the topic of digitization a great deal and are even active in this area as an advisor - but they work internally The question of how often an employee is allowed to work in the home office, violent power struggles and Exhaustive (in terms of control) from.

So how is the state of digitalization in Germany actually? Answers and inspiration are provided by the current one Digital Working Report, Host Europe, in collaboration with YouGov, has asked 1.000 employees and created an inventory of the digitization of German office workplaces. In addition, the report visionary ideas of 13 can be found in prehistoric minds from different disciplines, their individual vision of the future of work.

“Every employee decides for himself when and from where he works: in the office, from home or in a café. It is not the presence that counts, but the result. In our new company headquarters in SchwaBING, we have also been showing employees, partners, customers and other interested parties how we imagine working in the present and future in an office since October 2016. The fact that not all employees have a permanent seat in the new company headquarters and that not everyone finds a place at the same time takes account of the developments in the new world of work. ”

And there are even more examples: Stefan Pfeiffer, responsible for Marketing Collaboration and Workforce Solutions at IBM Germany, reports on the work of a networked project manager that makes purely digital physical meetings superfluous. For Dr. Claus Boyens, Managing Director of Host Europe GmbH, is the creation of “Digital Convenience”, a clearly defined digitization strategy with a well-thought-out choice of tools, the core task of company management. And Dr. Peter Geissler, Head of Digital Workplace at Communardo Software GmbH, describes the use of digital helpers, so-called bots, in their knowledge work:

Business Intelligence evaluates data, prepares it graphically, and gives us recommendations and orientation, which up to now have been regarded as a special expertise of colleagues.

That sounds like everything, great, easy and extremely progressive - if only the bad numbers were not there. Unfortunately, they speak a completely different language regarding the digitization process in companies. For example, digitization often suffers from employee acceptance: 45 percent of those surveyed simply do not want to do some tasks digitally, and 22 percent are hampered by legal regulations and 16 percent even by the technical equipment.

According to the study, the average workplace consists of a landline telephone (83 percent), writing materials and office accessories such as paper and pens (73 percent) as well as a stationary computer (68 percent) and Internet connection via LAN (51 percent). Fax machines (49 percent) are much more common than laptops, smartphones, tablets or equipment for video conferences.

This can be found in many employees in the home office, where workers are sometimes much better equipped than their employer: Here laptop, smartphone and Wi-Fi are basic equipment. Even tablet, access to cloud storage and headset and webcam for video calling are more likely to be found in the home office than at an office workstation.

For me, the aspect of privacy and data security is particularly exciting - after all, that's just why I have mine recently eMails, address and calendar data has been moved to its own server at Host Europe with host exchange connection.

The study now reveals that IT security is a matter of choice in mobile and home offices. After all, 70 percent of respondents report that their workplace in the office with current antivirus program and their mailbox are protected with spam filters, in the home office it is 75 percent.

However, only 56 percent of the work data - whether office or home workplace - is backed up with a backup. 64 percent do not have password protection for their mobile devices. Mobile devices are not equipped with antivirus software in 71 percent of cases. And only a minority of 25 or 23 percent avoids risky behavior by turning off the personal hotspot and the Bluetooth connection when they are not needed, and disabling automatic reconnection with public WLANs.

Overall, the Digital Working Report shows very clearly that there is still a lot of catching up to do in terms of digitization in German companies - be it in terms of the technical equipment in the offices or on mobile workstations, but also in terms of the corporate culture and the mindset of executives and employees concerns.

I was personally shocked that the status quo in many companies is technically at such a low level. There is still a lot to do here for the digital pioneers.