Text comes from the book: "Why it is so difficult for us to do the right thing: The Psychology of Deciding, Letting Go and Changing" (2011), published by BusinessVillage Verlag, reprinted with the kind permission of the publisher. 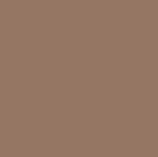 Winfried Neun is an innovation consultant, business economist and psychologist. As an innovation consultant, Winfried Neun has been helping companies with change processes since 1991. He is the founder and managing director of KOM® Kommunikation- und Managementberatung, a specialist author in well-known print media as well as in the television sector and is an advisory board member in various medium-sized companies. Nine studied business administration and psychology. All texts by Winfried Neun.

Every jeck is different - this also applies to decision-making processes: An essential reason for different behaviors and attitudes toward change lies in our personality.

It began five million years ago

It began five million years ago, the miracle of today's Homo sapiens. With the upright gait he differs from his previous conspecifics and by the rapid growth of the brain, he was quickly superior to his previous relatives.

The growth of the brain was thereby only possible by changing the diet from vegetarian to carnivorous. Because only meat had the proteins and energy quantities, which enabled a fast brain growth.

The growth was rather sudden and not, as Darwin had once assumed, in a slow selection process. About 200.000 years ago the time of the primates and thus the time of the Australopithecus began. The line of Homo originated from this primal ancestor.

Starting with Homo habilis, which means “the skillful person”, followed by Homo erectus, the first erect person, and finally we ourselves, Homo sapiens sapiens, who first appeared about 100.000 years ago in Asia and North Africa and about 40.000 ago Years ago in Europe. These evolutionary spurts led to today's brain mass, which in adult humans averages around 1.200 to 1.400 grams.

The training of our brain halves

Starting from the brain stem, the brain has progressively developed to its present size. In particular, the axial division into a right and a left brain is noticeable. The halves of the brain, however, are connected by a so-called middle bar.

The two halves "communicate" with each other via this connection.

What are the two halves of the brain?

The left brain is the center for language, digital thinking and mathematics, and the right side ensures that we can get pictures into our heads, develop feelings and realize analogue thinking processes.

The "Communication“Between these halves is extremely important, because only when this connection is intact can we think, feel and communicate.

The division of our brain

But how does our brain affect decision-making processes? And how exactly do they go? This bipartition of our brain, 1978 was discovered by Roger Sperry in the US and was the first step towards an allocation of functions in our brain.

In addition, it was also found that in the case of a separation of the middle limb in some epilepsy patients, a noticeable reduction in the symptoms occurred.

As part of a training session, I ask the participants every now and then to draw the term "operationalization", that is, to represent it graphically on a flipchart, with the result that up to now, after 20 years, no participant has ever managed this.

It looks different with the term “tree”. Here the participants very quickly draw a more or less clear picture on the flipchart.

It depends on the experience memory

What is the difference between these two terms? The term “tree” is picked up on the left side of our brain via the language center and sent directly to the right hemisphere via the said central bar.

There the right half very quickly finds an "experience image" in its experience memory - also called extension memory because it is so oversized.

If the image is missing in the head

In the case of the term “operationalization”, the process is the same, but the right hemisphere cannot visualize this term. It lacks a simple, clear picture in the head as this word is an abstract term.

As you can see, our brain must always translate the words heard into images, because pictures say more than a thousand words.

Man is an eye animal

We are "eye animals", which means that we save almost everything in the form of images.

If these pictures are not delivered to us, because, for example, a speaker uses too many foreign words or abstract terms, then we feel bored or even overwhelmed.

Why our brain is unique

Why do some people decide more creatively than others? Ned Herrmann wanted to get to the bottom of this puzzle on the basis of the discovery of the two brain halves - and came to astonishing findings.

He found that our brain is not only shaped by two halves, but by four areas that are shaped in the course of personal development - the theory of the “unique brain” was born.

7 answers to "Making decisions: Methods & processes in the brain"