The inhabitants of Davos can experience each year in January, such as Theresa May or Hollywood stars like Kevin Spacey at the World Economic Forum live. The special secret of Davos lies in its relaxed atmosphere. 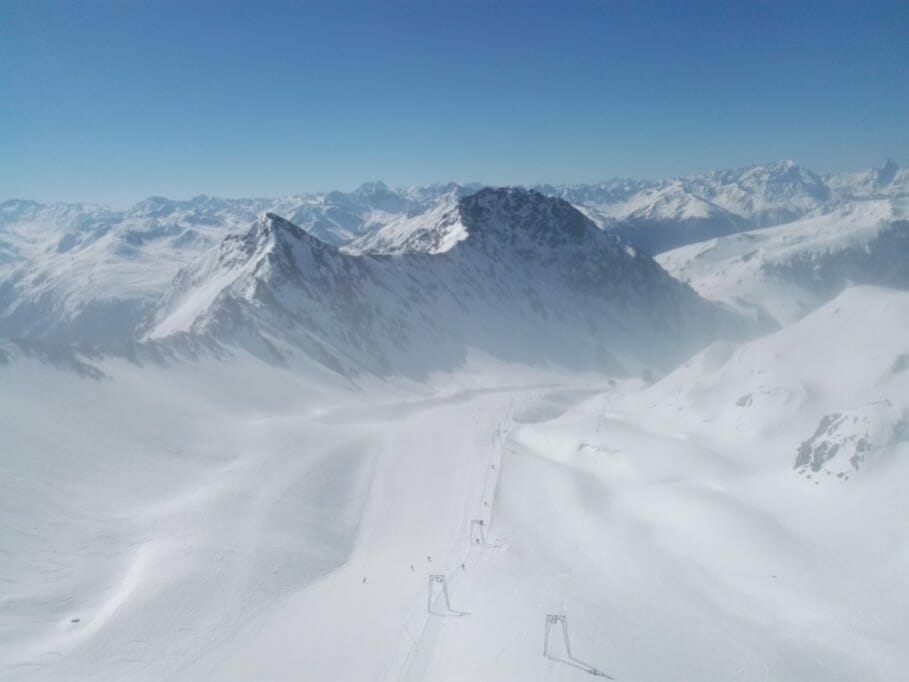 Content - More knowledge, PDFs books and personal advice here Hide
World Economic Forum: The residents of Davos join in the event
Safety measures
In the suite by John Kerry and Bill Clinton
With Schimon Peres into the 13. century
Celebrities on the ski slope?
Hiking like Prince Charles
Almost untouched nature

World Economic Forum: The residents of Davos join in the event

I have 2014 Garmisch-Partenkirchen in the run-up to the G7 summit, this year Davos, since 1971 the venue of the World Economic Forum. And he could see great differences:

While in Garmisch Partenkirchen - and again in Hamburg in the run-up to the G20 summit - the population is not involved in the events and the local shops fear economic losses due to high security measures, the inhabitants of Davos could slowly in almost 50 years to the get used to the great effort that the World Economic Forum and many other conferences mean. 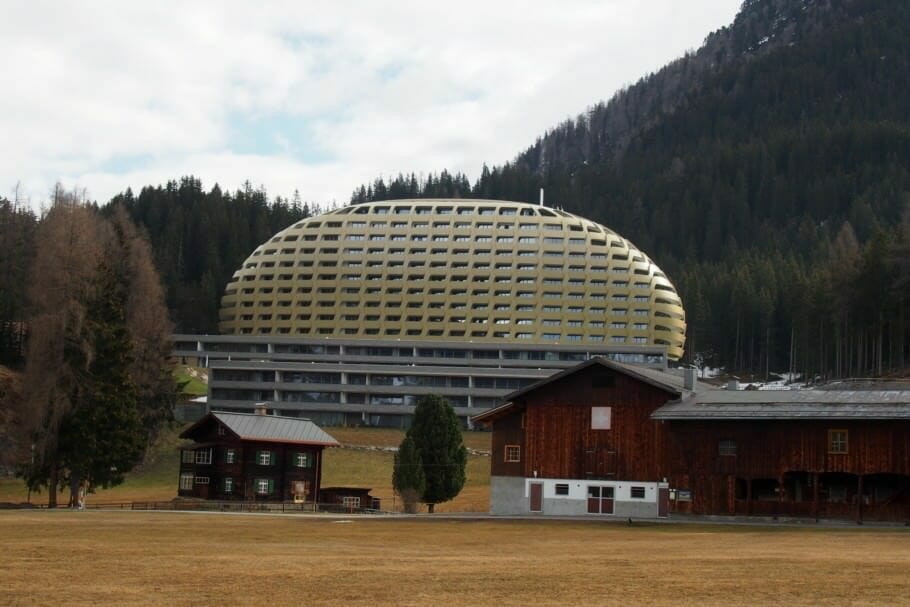 While there are security measures and in one place with 13.000 residents, large conferences with 3.000 participants are simply important. Nevertheless, of course, the bus transport, the school enterprise and the business life in Davos, for example, continue during the Worldeconomicforum. However, the access routes are of course strictly controlled which is quite simple because of the special situation:

Davos lies on over 1560 m ü. M., it has an access road and a train line, which can be reached in about two hours Zurich. The population is therefore sensitized to the congress business and partly lives on it: about 650 full-time jobs in the city depend directly or indirectly on the congress location Davos. 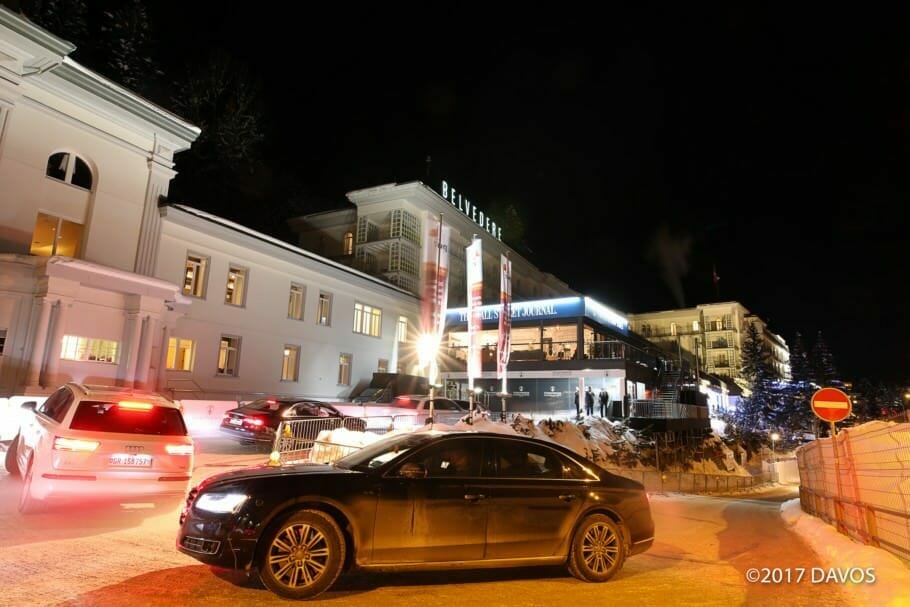 In the suite by John Kerry and Bill Clinton

The Steigenberger Grandhotel Belvedere alone employs three people for the World Economic Forum. The US delegation, such as ex-Secretary of State John Kerry, who regularly stayed in the Presidential Suite, or Bill Clinton's only visit to XFUM on WEF, also lives here every year. That too is a difference to the G2001 summit - an interview with his host: Animations in the room allocation can not afford, the place is simply limited. How did Donald Trump like it?

The Grandhotel Belvedere still has 96 rooms, 30 suites and 8 meeting rooms, some of which can also be combined so that the largest to hold 250 people. During the World Economic Forum, the water in the pool is also drained and used for events. In addition, the hotel has its own chalet, the Dischmahütte, which can be booked for up to 40 persons eg for Swiss evenings. Highly recommended is also the gourmet food in the restaurant Belvedere. 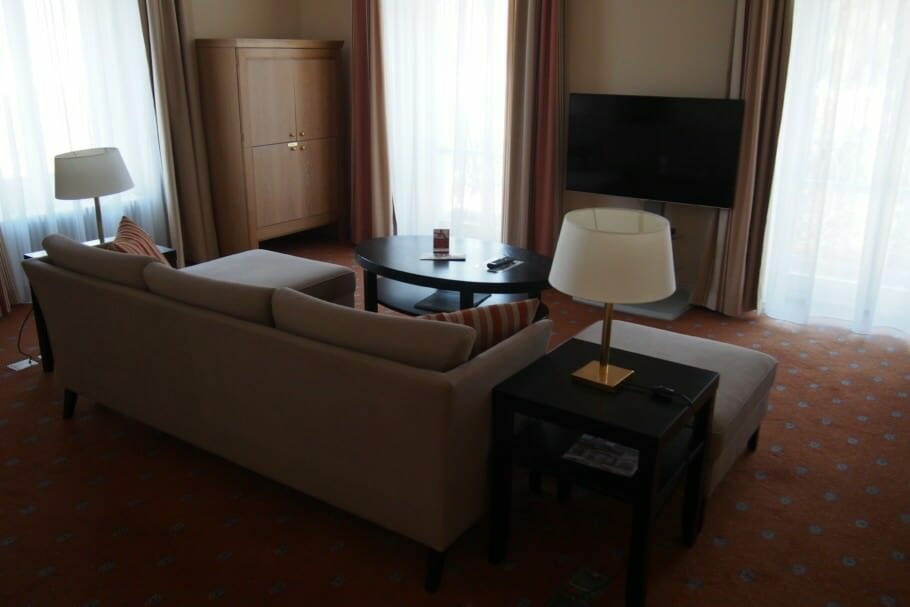 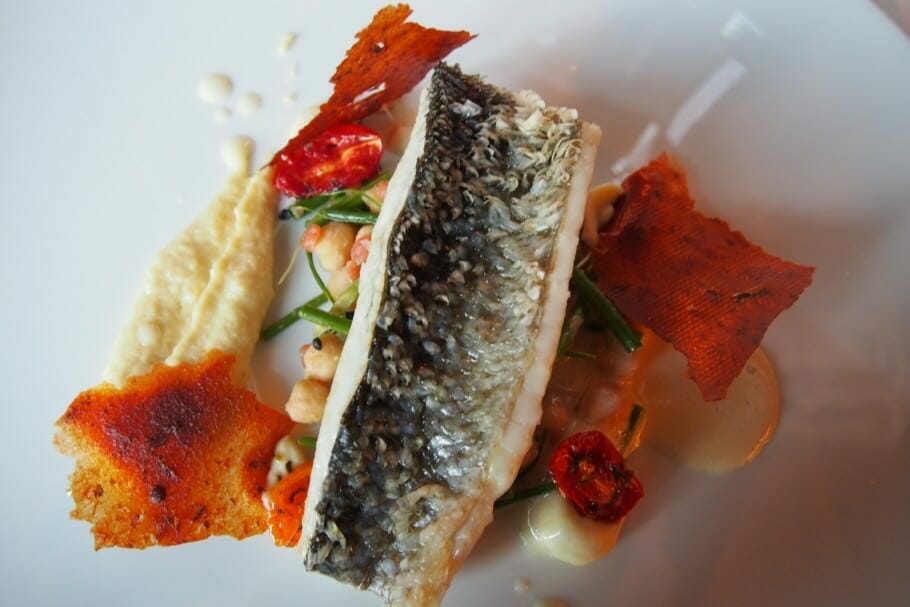 With Schimon Peres into the 13. century

In contrast to the Belvedere, the Hotel Seehof, although also a five-star hotel, is extremely down-to-earth. It has 100 rooms and suites as well as two meeting rooms for up to 80 Persone, as well as the Arvenholz-Stuben or the Panorama-Restaurant for events up to 250 persons. During the World Economic Forum, the former Israeli President and Nobel Peace Prize winner, Shimon Peres, was a frequent guest. 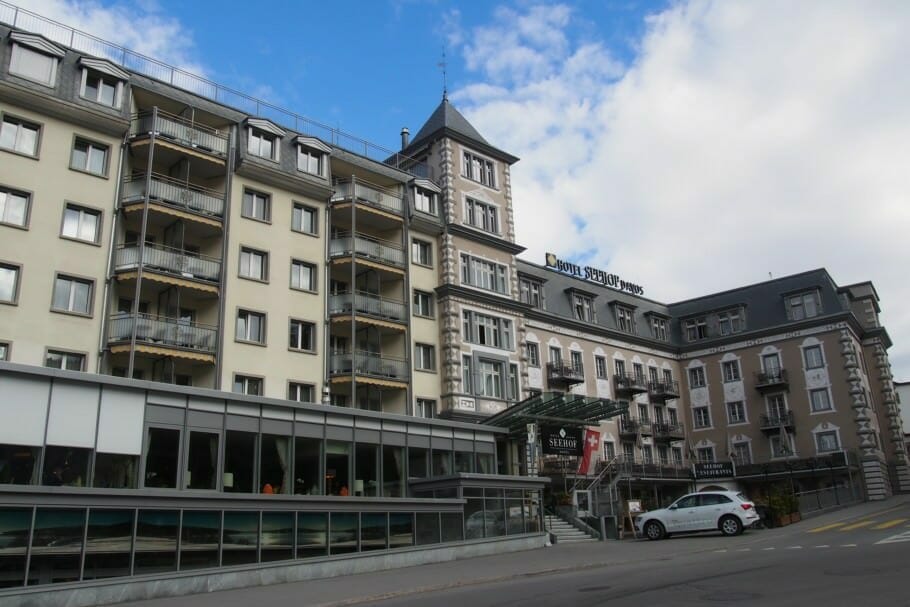 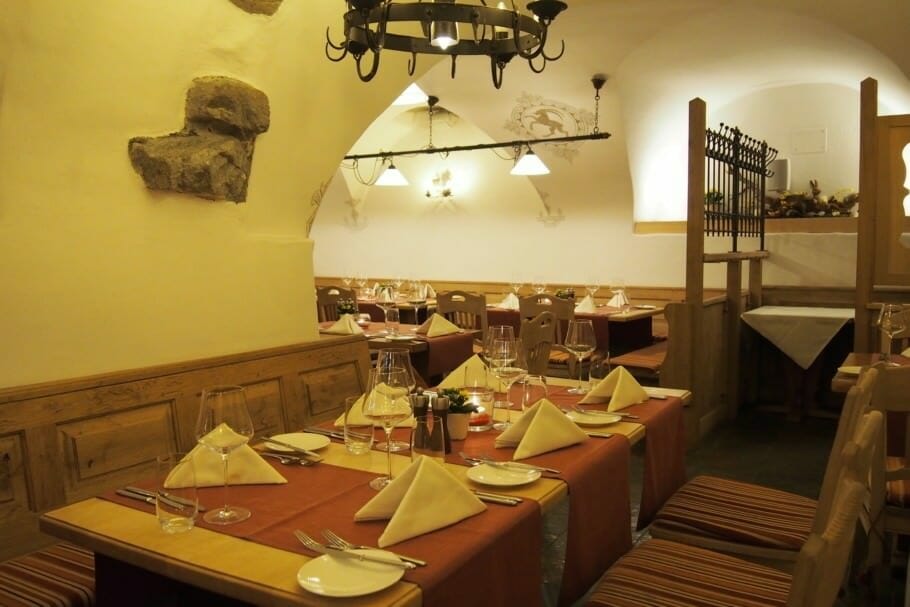 But the history of the house extends to 13. Century, which is still visible today in the vaulted cellar and the quaint, cozy restaurant Chesa. Corresponding to the ground and also very good here is the kitchen, which, in addition to Swiss specialties, also includes Wiener Schnitzel or Burger. Because the Seehof would like to be a sporthotel for private customers and particularly families apart from the congress business.

The third five-star hotel in Davos, the futuristic InterContinental, is an entirely different story. It is an ideal James Bond location in the form of a golden egg. With its 216 rooms, it is designed entirely for conference guests, which is why it does not have an official 5-star classification. The helipad is located just below the hotel. 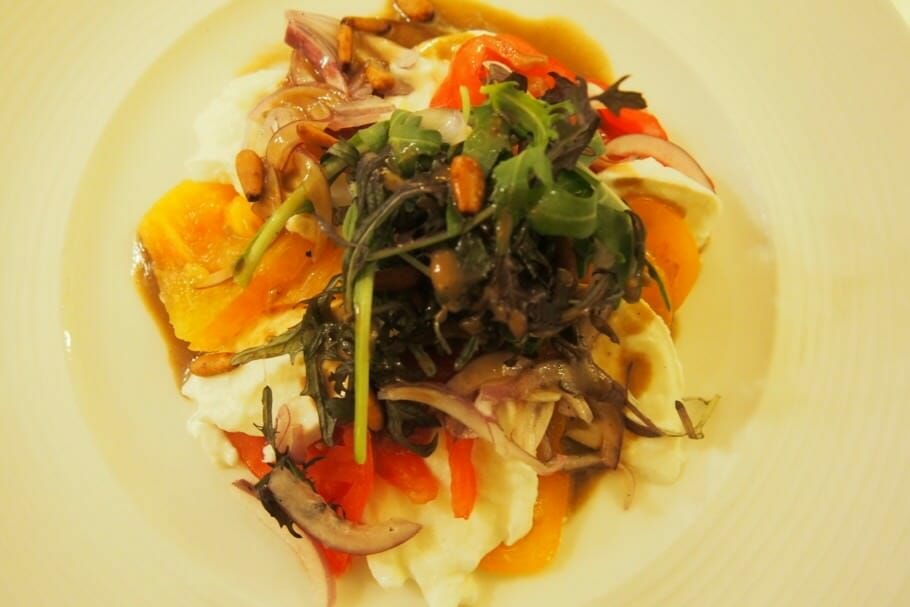 Celebrities on the ski slope?

Is it possible to find the many celebrities who come to the World Economic Forum in Davos on the ski slopes? The answer is no; Although the ski slopes are open this week and hardly traveled. Many of the visiting personalities simply have no time for such activities, only one or the other wife may take the opportunity to take private lessons on the comparatively lonely ski slope.

That's a pity, because the environment of Davos has literally invites you to relax and linger from stressful conferences: Even the journey by Rhaetian Railway over Landquart up to Davos is a feast for the eyes. If you continue from Davos Platz on the Rhaetian Railway to Filisur, you cross Landwasser Viaduct, a 65 meter high and 136 meter long railway bridge that has been a UNESCO World Heritage Site since 2008 and at the same time the landmark of the railway company. Closer to Davos lies the Wiesner Viaduct, 89 m high and 210 m long - below in the photo. 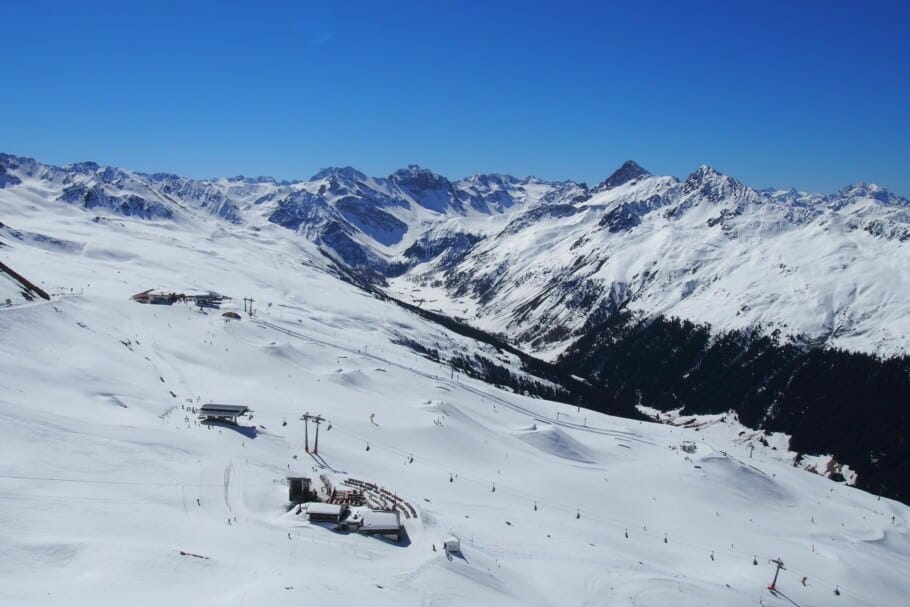 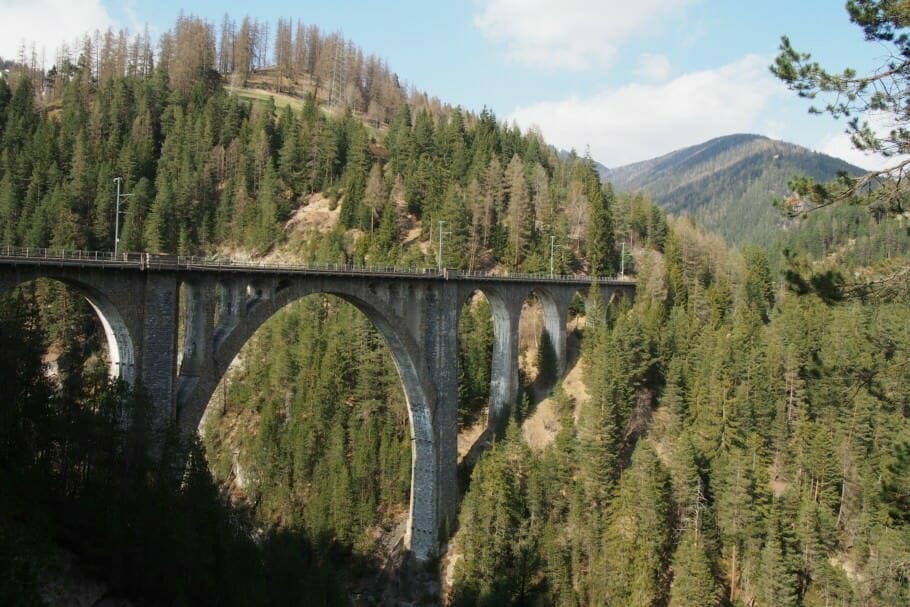 On the way from Zurich to Davos you can also get to Klosters by the 12 KM, where the English heir to Charles regularly visited the family hotel Walserhof. Klosters is, in contrast to the urban Davos, a quiet village with 3.800 inhabitants, in which one can also walk excellently away from traffic, while the 400 m. higher Davos is more known for its ski slopes. 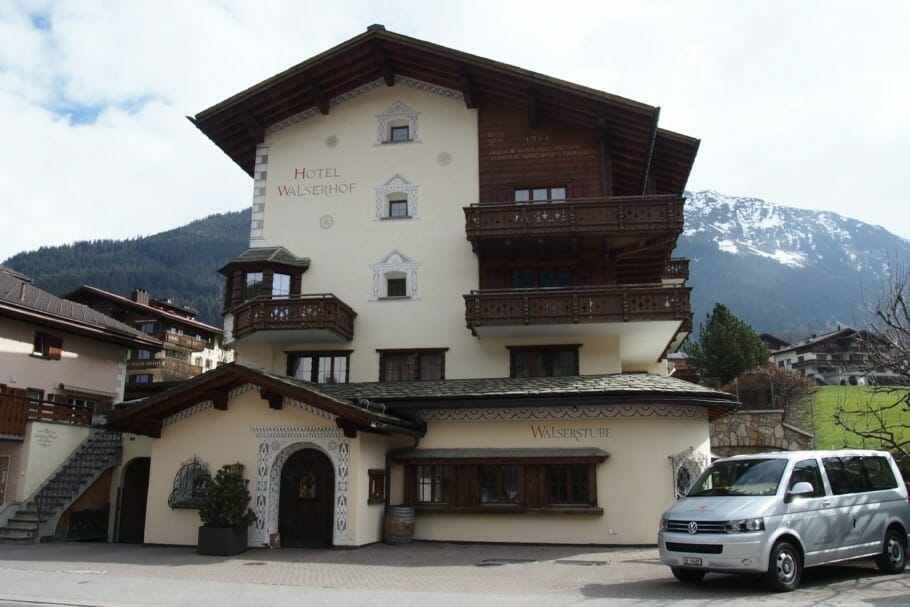 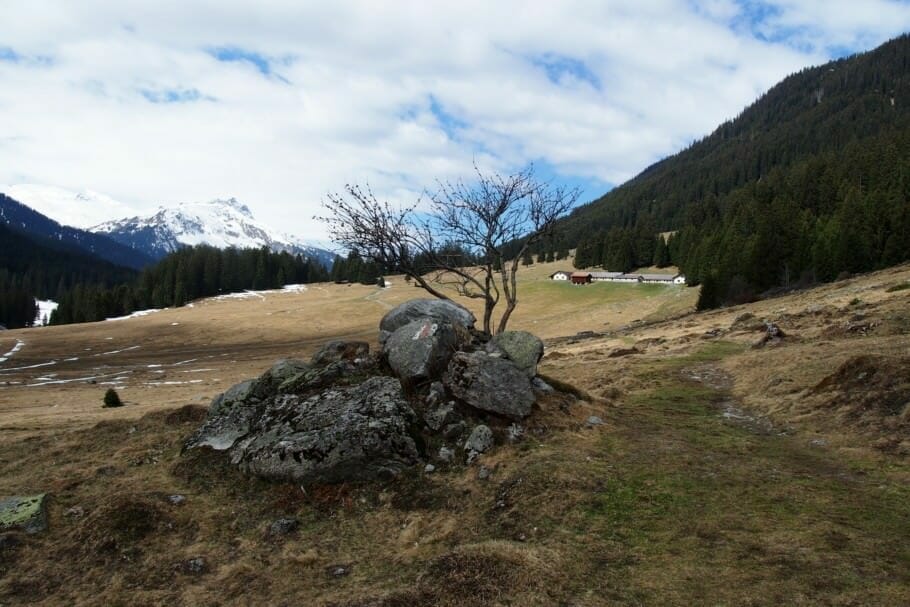 In fact, the ski slopes on the 2850 m.ü.M. high Parsenn with 102 slopes kilometers and the 2590 m.ü.M. high Jakobshorn with 12 tracks and ski lifts still in operation and the snow-capped mountains together with the otherwise springy weather offer an imposing backdrop.

But other sports such as mountain and e-biking, rock climbing, tennis, golf, rafting, stand-up paddling can be excellent in Davos, yes there is also a wakeboarding facility on the lake. And even in winter you can on specially signposted winter hiking trails, very nice walks undertakefrom the Ischalp, the middle station of the Jakobshorn down to Clavadel and further back to Davos - unfortunately they cross the ski slope in some places, which makes hiking a bit uncomfortable. 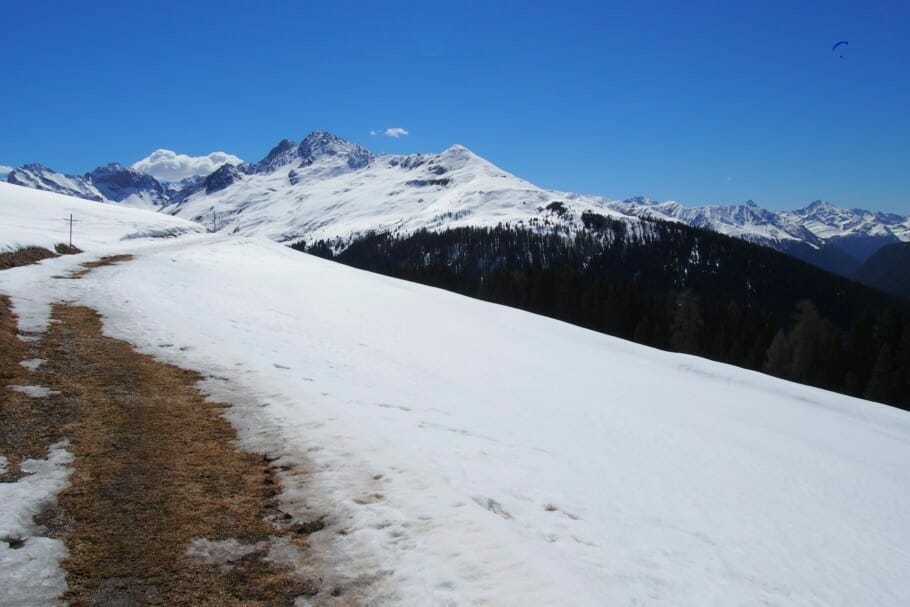 Here, at Clavadel, is also the picturesque Sertigtal valley, a side valley of the Landwasser valley, through which leads a narrow traffic-poor street, which can be used also by the Postbus (year-round) or horse sled (in winter). A cross-country ski trail leads through the valley.

In Sertig Dörfli there is a listed Reformed Church, two restaurants, and the Walserhuus, a modern mid-range hotel, which is also suitable for a little more secluded events. From there you can hike in a northerly direction to a waterfall at the foot of the Sertig Pass or to undertake challenging mountain hikes, such as the 2739 m.ü.M. high pass to Engadin. 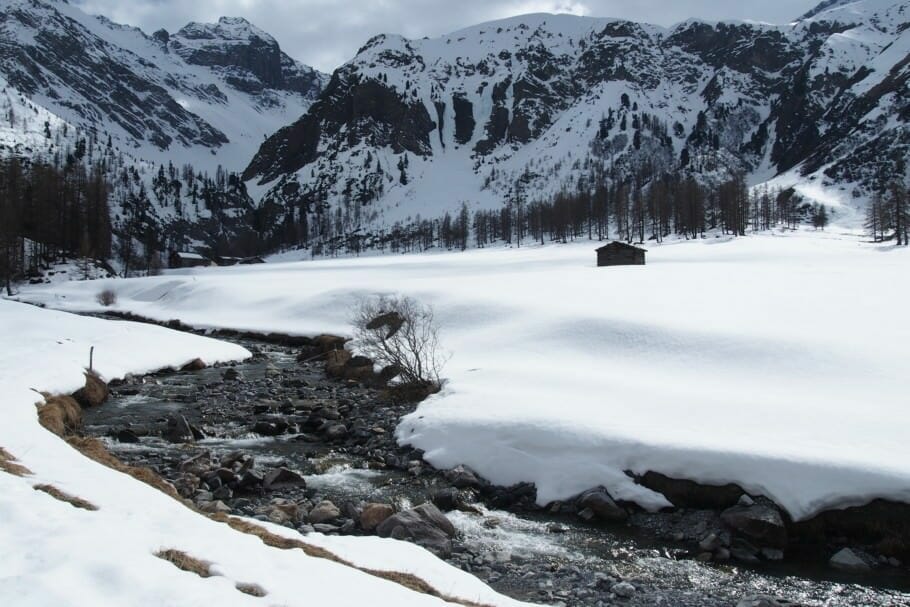 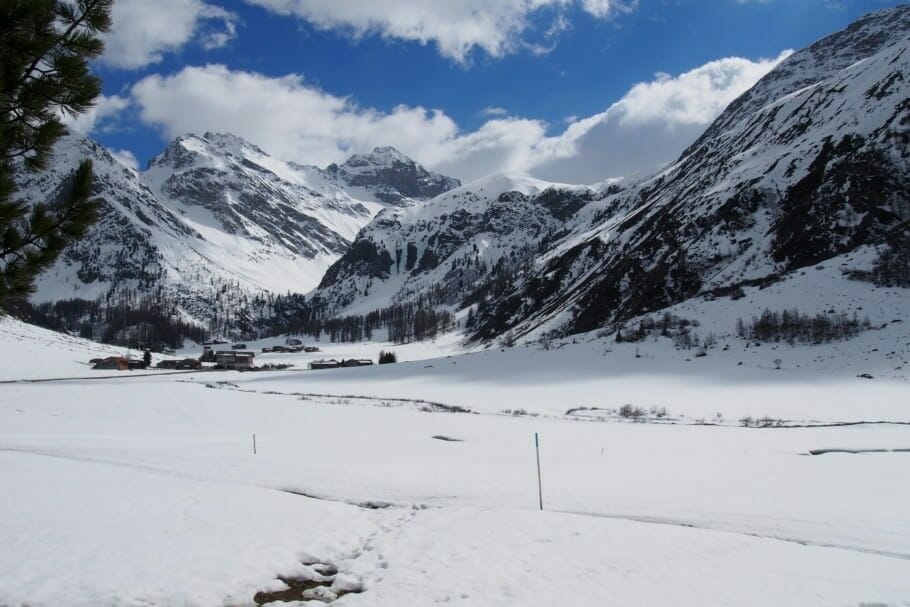