There is a social paradigm shift in the world of work. In the past, jobs in the luxury sector were cool, in times of climate change and the refugee crisis, ethical jobs are required. Because giving makes you happy! 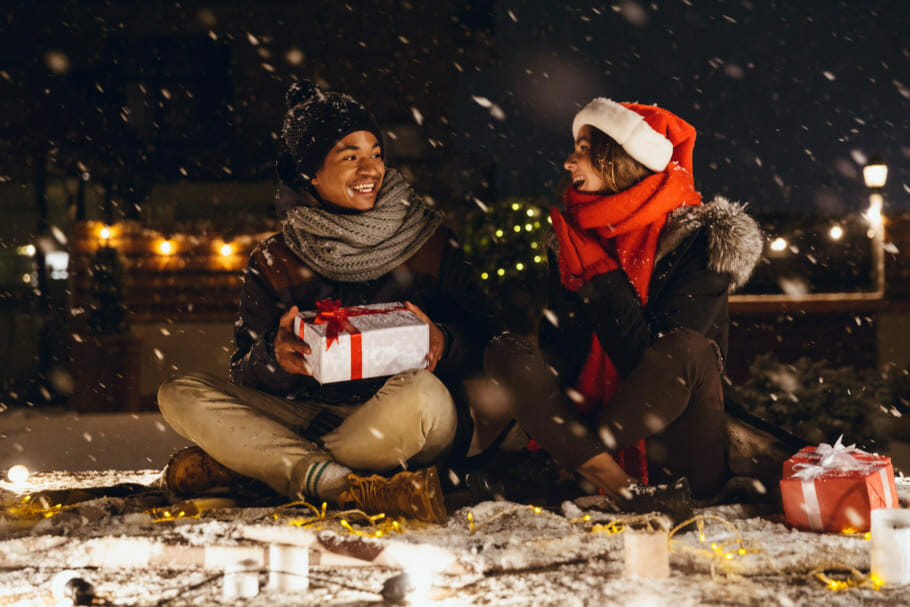 The Rio Olympics: between waste and poverty

No other event stands so much for this social paradigm shift, the contrast between luxury and poverty like the just ended Olympics in Rio: insane expenses on the one hand, slums on the other. The star chef Massimo Bottura, in which a meal usually costs 600 Euro, therefore provided a remedy in a very special way:

From the food rests of the Olympics he prepared menus for the poor as part of the project RefettoRio with his team 1500. An unprecedented action with a lot of positive feedback that raises the question: Is so much luxury still modern in times of global crises? And is a supposed dream job in the glamor area still cool and desirable? A look behind the scenes:

Is working in the luxury industry cool?

One who is familiar with the subject is Libertée Guillot-Sestier. As Sales Director at the five-star Hotel de Paris, Saint Tropez, she is also responsible for the organization of events.

This often means overtime and weekend work. Her conclusion is therefore sober: "In Saint Tropez in particular, customers have the most unusual wishes - and it is expected that they will be fulfilled."

Do not be second-class

This was exactly the reason for Vincent Christen to turn his back on the industry: in 8, he always hired as a skipper in several sailing yachts. The supposed dream job turned out quickly as a nightmare:

He could fill a book with bizarre experiences. Instead, he founded his own company eBike Riviera Tour, with which he rents eBikes and offers guided bike tours. “I just didn't want to hunch back as a 'girl for everything' and be treated badly. Nobody should feel like a second class person ”, he describes his experience in the luxury industry.

Christians thus confirm the impression of the Olympic Games: wealth without lasting, social impact quickly appears hollow and empty. So if you want to work in this industry, it's a good idea to take a look behind the scenes.

Because voluntary work can boost your own career tremendously: Because not only do they do well on their résumés, they can also be a real benefit for their own skills and personality if they are willing to learn from them.

Just like Anja Müller from Berlin. When she was young, she wanted to be active against poverty, but not just to send money, but to determine what would happen to her. When she met King Hassan Mohammed during a visit to Ghana, she became the co-founder of “the Coin group - tCg Foundation” with him.

"The name should show that you can achieve a lot even with small donations," explains the trained media designer, who has learned exactly that from her volunteer work: That you need patience to achieve goals in small steps.

“We are currently building a school in Ghana. Convincing sponsors is hard work, but with every refusal I think that someone else will be found, ”says Müller about the acquired frustration tolerance, which now benefits her as an editor as well as her management skills.

"I've become more confident and can make decisions more easily," says the 32-year-old. But your biggest motivation is to make others happy. For this she also likes to sacrifice evenings and weekends.

The ability to motivate others

Velika Lawrence is also involved. After completing her psychology studies at Queens College, the native New Yorker moved to the Caribbean island of St. Lucia, her parents' home country, and now runs the Rainbow Bridge Project, founded by the Italian Carla Pescini, to improve the starting conditions for children on the island want.

This includes, for example, fighting against prejudices in the family and motivating the children to develop their own ideas for their professional future.

Your personality as the most important career factor

This ability to inspire others also benefits her when she performs as a singer. "Everyone should look inside themselves and think about what they want to do," says Lawrence.

Volunteering in Germany is also important and useful. The refugee crisis has been one of the most controversial issues in recent years. Like any crisis, it also offers opportunities: it brings many companies new sales and creates startups. But new ideas are also emerging within established companies.

In a press release, the job portal Monster.de writes:

“Many new jobs now have to be created and filled as quickly as possible in order to register, advise, care for and accommodate incoming refugees. We would like to make a contribution in the search for these employees. We have decided to publish vacancies created as part of refugee aid on monster.de free of charge. In this way we can also make our reach available to small aid organizations, municipalities or associations as a job exchange. ”

Great idea from which especially organizations benefit, which so far rarely have the budget for a professional HR marketing. The offer of Monster.de applies to newly created positions in the field of registration, advice, care and accommodation of refugees.

It includes a job advertisement on Monster.de and Jobpilot.de, which is also optimized for mobile phones and tablets. Standard with 60 days duration, an automatic update of the setting date after every 14 days. The ad that companies can post themselves is active after one hour.

Which jobs are searched?

The Federal Office for Migration and Refugees wants to create thousands of new jobs. Among other things, clerks and German teachers are sought. Many companies benefit from increasing demand. Daimler boss Dieter Zetsche even spoke of a new economic miracle and called for the hiring of refugees, of which many employers now report positively.

In addition, numerous exciting start-ups and initiatives have emerged: The Kiron University, founded by two students, offers refugees a free online study course, which they can continue from the third year on at a partner university. In addition, Kirion cooperates with the non-profit job platform Everjobs to make the transition from studying to working as easy as possible.

This goal is also pursued by the job exchange Workeer, which was created as a bachelor thesis: It brings refugees together with potential employers. Refupreneur.eu wants to turn refugees into entrepreneurs and support them in crowdfunding. As one of the basic problems in finding a job is the German language, Find German for Refugees supports refugees and employers with a German course search engine and advice.

Even though the Ankommer-Scholarship of the Federal Government promotes projects only half-heartedly with contributions in kind equivalent to 12.000 Euro, here too some exciting ideas have emerged: Avenir, for example, wants to simplify the bureaucracy in hiring refugees as a network, CodeDoor wants to teach young refugees how to program and Stitch by Stitch are setting up a tailor workshop with professional, escaped seamstresses - just to name three of the fourteen selected initiatives. They all have implemented what constitutes entrepreneurial thinking: using the crisis as an opportunity and meeting it with creative ideas. We need more of that.