Angela Merkel was elected Federal Chancellor four times, making her the first woman in Germany to serve as head of government. The US magazine Forbes repeatedly voted her as the most powerful woman in the world. 8 tips from her on women and career. 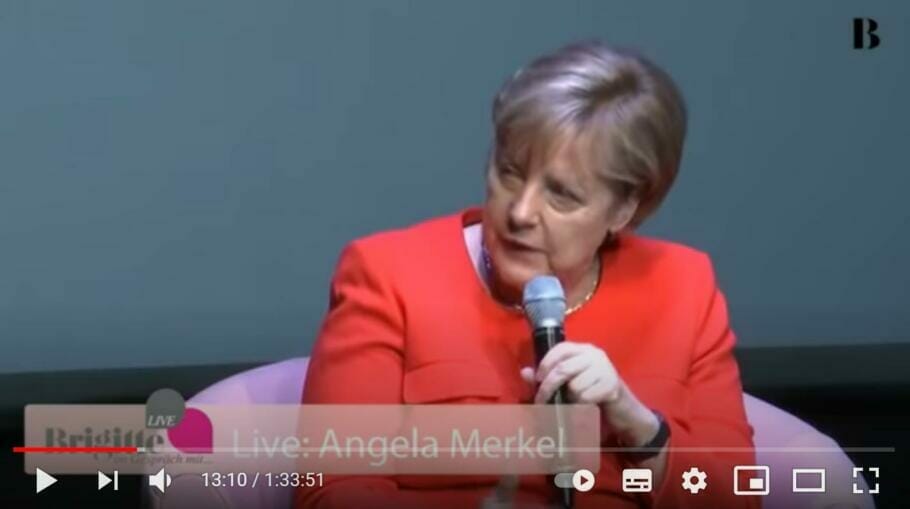 Content - More knowledge, PDFs books and personal advice here Hide
Consider election campaign activities critically
The most powerful woman in the world quite nearby
The biography of Angela Merkel
Angela Merkel gives 8 tips on career and success of women

You can see from the campaign activities of Angela Merkel quite critical, even the fact that you as incumbent chancellor due to their prominence a pole position in the media was coming - I think because, for example, that you highlighted before elections on the Google homepage has been.

An interview talk by Brigitte magazine is another such feature: Hard political issues are barely touched on, while the Chancellor has 90 minutes to present herself. However, it was also quite interesting to see the most powerful woman in the world, according to Forbes, so approachable and private.

The most powerful woman in the world quite nearby

For Chancellor Angela Merkel, for example, gives an example of how successful people deal with criticism, get up again after setbacks or change their opinion on certain topics. And there is another important aspect to keep in mind, despite all the criticism: Angela Merkel's appearances are an important contribution to reach even politically rather uninterested people and to encourage them to even vote.

Last but not least: Who wants to become Chancellor for the fourth time, has undoubtedly something to say about success and also takes on a role model. But what does Angela Merkel's recipe for success look like?

The biography of Angela Merkel

Merkel grew up in the GDR and worked there as a physicist at the Central Institute for Physical Chemistry. In the Bundestag election on December 2, 1990, she won a Bundestag mandate for the first time; in all of the following seven federal elections she was directly elected in her constituency in Western Pomerania. From 1991 to 1994 Merkel was Federal Minister for Women and Youth in the Kohl cabinet and from 1994 to 1998 Federal Minister for the Environment, Nature Conservation and Nuclear Safety, also under Helmut Kohl.

Angela Merkel gives 8 tips on career and success of women

And that's exactly what it's about: In Cosmopolitan magazine, Merkel gave women advice from their very own personal point of view. 8 tips from the Chancellor at a glance: