Fear dominates our society. It is in principle not bad to be careful. For only what we think is possible is possible. Unfortunately, our fears often slow us down. 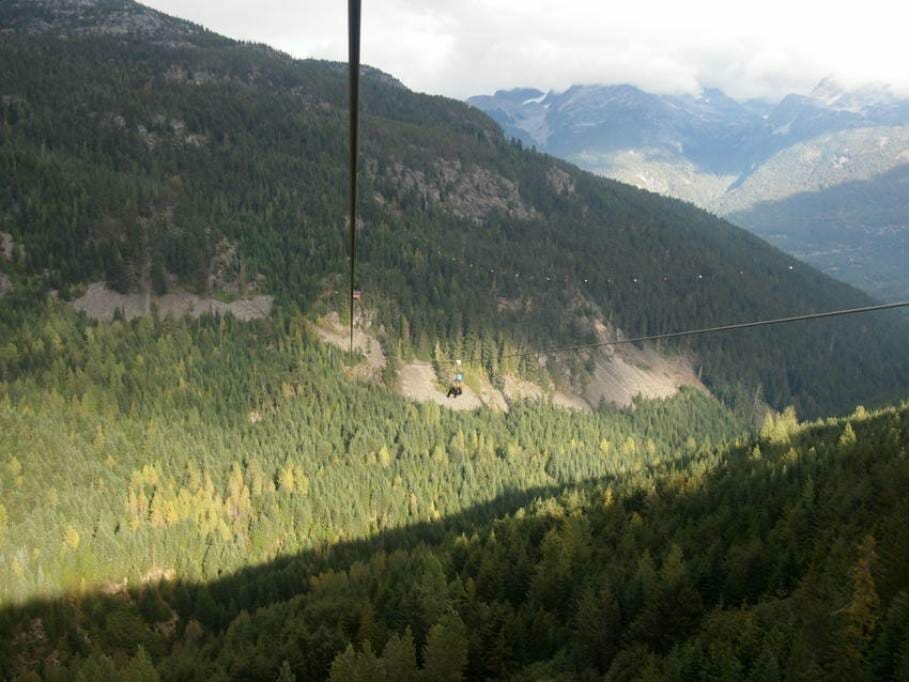 We decide how we see things

We often decide for ourselves what works and what does not. Recently, a girlfriend sent me a vacation eMail: “The weather is great here. And the landscape is really a dream. Only the others get on my nerves. I think some people always have to complain. ” The latter is one thing that I notice very often:

Many people are more likely to see the negative than the positive. Although the sun is still shining, it is a precaution to talk about it raining tomorrow. Actually, we are well on schedule with our project. But will we really be ready on time? Or: At the moment everything is going great in the job. But surely an economic crisis will come again soon - and then ...

To say the first thing: to see hair in every soup or to be afraid, is quite useful. In fact, the human brain is even designed to perceive negative things more than positive ones - and so they often remain in the memory longer. However, it is important that the thinking follows a purposeful action.

... you also have to see things positively

You already notice: So that the fear and worry creates something productive, then you have to turn the thing also positive.

Ultimately, positive thinking is what gives your fear productive wings to take action.

Pessimists remain in a state of pessimism

The problem is that many doomsayers do not take exactly this step: rather, they remain in a state of perpetual pessimism. Negative thinking becomes an end in itself. There should be people who enjoy it. Others ponderlessly spin in circles, without acting, while they are constantly worried about something that they can't do anything about anyway. In extreme cases, even to complete inability to act, when panic gradually develops out of initial concern, for example because you generalize small problems (“The world is bad”) and thus hopelessly puffed up.

And for some, in turn, the inability to act is the (unconscious) goal: They are clairvoyants from phlegmatism. Because according to the motto "I can't do anything about it anyway" they prefer to leave it the same. Much like another friend of mine recently: “I would love to blog. But who cares what I have to write. ” A little more positive thinking and belief in your own abilities would certainly not hurt.

This is also scientifically proven: The American psychologist Jeff Galak of Carnegie Mellon University gave 30 students an unpleasant sound. One said he would hear the sound again, for the others the attempt was over. Then everyone should rate the noise.

It turned out that the first group felt the noise was much more disturbing - and would be willing to spend three times more money to stop hearing it. Galak's Conclusion: Apparently, pessimistic people do not just mentally prepare for the worst - they also see the past much more negative, and thus, they lose the fun and enjoyment of doing something. And then let it stay the same. Too bad.

Just start? This is how it works in practice

One can easily overcome his fears of spiders, job loss, the financial crisis or similar things.

Sure, some fears are justified, others are simply exaggerated and obstructive. How to get rid of them, for example, I discovered a few years ago when Ziplining in Whistler, Canada: You just have to get started:

Overcome the head cinema in front of it

I'm not a fan of extreme sports. Although I have no fear of heights, nevertheless Ziplining was for me the purest self-overcoming, especially after a few years earlier in Kenya I almost had a riding accident.

There you stand up there on these platforms, look down and know that you will hang on two ropes for kilometers across the abyss. This is particularly scary because here in Whistler the Zipline route spans the whole valley.

The jump is the worst

The worst thing is actually the moment of terror in which you push yourself to get it started. Once you're in the air, it's even very nice: you have time to admire the landscape in free flight, to take pictures and videos. If only this panic were not there!

This is like in many other situations too: The biggest fears cause the head cinema. Once you're done doing it, it's only half as bad. What's more, happiness hormones spread, it makes you feel intoxicated because you've made it. Therefore: less pondering, just do it.

Sunglasses as a rescue vest?

But how does that work? Maybe sunglasses help? We should put it on because of the wind, says our guide from the company “Superflyziplines”. "That will definitely save you," says the Canadian colleague with a lot of gallows humor.

Seriously, humor is a great thing to cope with fears. Just laugh a little at yourself, instead of pondering forever!

With 80 kilometers per hour through the treetops

In fact, at the end of the day, my heart almost slipped on my pants: on a very short, steep track, you're racing through the treetops with 80 KM / h.

One has the impression, as if one could pop any moment against a tree. And inevitably worrying whether you will not end up shooting over the target. At that point, I was glad to be down safely again. Some fears are just right!