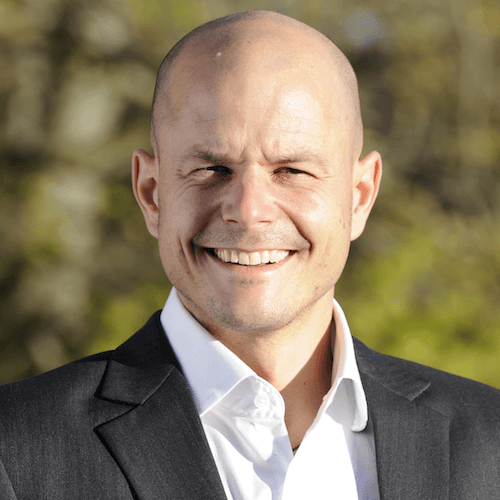 Jörg Romstötter is a graduate engineer and makes the effects of nature usable for work and life. The engineer, business economist and certified coach founded and ran a company with over 300 employees for a large agricultural organization. In countless days outside and on over 50 journeys in the great natural spaces of the earth, he opened up the comprehensive benefits of nature. Among other things, he succeeded in traversing the High Atlas Mountains for the first time in Morocco lengthwise on his own. Today he gives lectures as an author, coaches and travels with his customers to special natural areas such as desert, tundra and taiga, which help them to find themselves.

Overstrain and psychological satiety: How Boreout sabotages success and life

Boreout describes the phenomenon of boredom, to put it bluntly, to burn out. This happens more often than many believe. What can be done about it?

His professionalism is neither normal nor abnormal, but an individual preference. Our performance motifs change over the years. Fatal when managers confuse superficial routine with personal access.

The mid-forties has been in a very dynamic for several years Company she helped to build. Her job had changed a lot over time. Also, because she pushed this so much. The company is now in the process of taking a forward-looking development step. The head of department is actively involved in this process.

When she learned of the planned development step, she became a fat one. She just dragged herself to the office, just like home. She succeeded less and less in accomplishing her tasks. She left things lying and made more mistakes. She had lost all joy; also on things that she loved.

She thought she needed to rest more in her life and took a vacation to think carefully about how she could do it. But as soon as she thought about her work, she was overcome with this endless tiredness. Back in the company, she became more and more irritable and negligent provocative towards colleagues and superiors: "Nobody can quit me anyway."

How to make yourself superfluous in the company

An unsubstantiated statement, for their whereabouts were counted. All the innovations in the company torpedoed them now. To their disadvantage highly emotional and with little substance. The situation began to turn for them. Team and leadership support fell rapidly.

Did the woman really burnout?

It chose the contract resolution with very attractive conditions. As she was changing, she appeared joyful and friendly at her workplace and handled the transfer proactively and flawlessly. The time of the departure went bilaterally along the whole line with respect and ultimately best wishes for the future.

Did the woman actually have a burnout? Probably not. For a burnout, the incapacity to perform is independent of the task. The woman, however, carried out all the tasks to hand over her work to the remaining team with elan. She looked optimistically and with ideas into the future.

What was wrong with the woman?

She was tired of doing business: the same colleagues, the same office, the same desk for several years.

The same products and services, the same customers and suppliers, always the same faults of the superiors and their inadequacies, which always made the same impossible, etc.

She experienced a psychic saturation as her environment remained the same no matter how much she changed her job. She knew how her future would look in the company: despite changes in the running volume essentials would remain the same. And this prospect left them unconsciously radically behind the supply of energy. She was experiencing time and again, and suddenly a leaden fatigue.

Without her conscious thinking causing or understanding it, she had withdrawn from her own doing. For years she didn't understand how much she longed for change. When she was faced with a decision and made her decision, she unconsciously released herself again to cleanly close the old employment relationship according to her values ​​and to face new things with courage. As if by magic, she was suddenly "healthy" again.

What could make the woman better?

The woman always had times in which she felt very tired and impotent. Then she usually made wellness holidays to reward herself and motivated herself for the next stage until her next vacation. Already there, she could have investigated more exactly what makes her so tired. Was it the work, some colleagues, the superiors, customers or simply the always the same day and week sequence with work places, accomplishments, family, hobbies etc.?

Perhaps the woman would not have had to quit at all, but she could simply let herself be given another task. She could have developed conversations with her boss. In which they could have explored together, which other tasks in the company might be fulfilled by the department manager in the future.

What could her longtime boss have done better?

He could have had more qualified discussions with his proven strength. We can easily confuse superficial routine with personal approach, especially when we have worked together for many years. Much is not addressed because we think it is superfluous anyway, after all, we have known each other well for years.

We feel the same way as with sense-specific satiety, where we have become tired of a meal through frequent consumption, for example. Here, too, we suddenly feel like eating again, for example when it is changed by spices, a different method of preparation or a combination with other ingredients. The boss could either have made a deeper personal connection to find out what motivates his head of department.

Act before you dig yourself the grave

Because motivations and the necessary motives change over the years. Or he could have tested them more provocatively and asked where their motivation could find optimal channels of action in his company. He could have made her promotion, training or promotion offers, or asked her bindingly whether she was interested in them.

How long we feel joy and satisfaction from an activity is also due to our personal inner structure. Taking as a yardstick what you “do” or supposedly expect others to do is rarely appropriate.

10 responses to "Overwork and mental satiety: How Boreout sabotages success and life"