ZEIT ONLINE In a contribution to promotions for founders, it has tried to encourage founders. Therefore, author Hilmar Poganatz claims that poor funding conditions in Germany are a myth. The problem: The myth is unfortunately a reality, especially for micro-founders flow euros and cents only drop by drop. 8 facts! 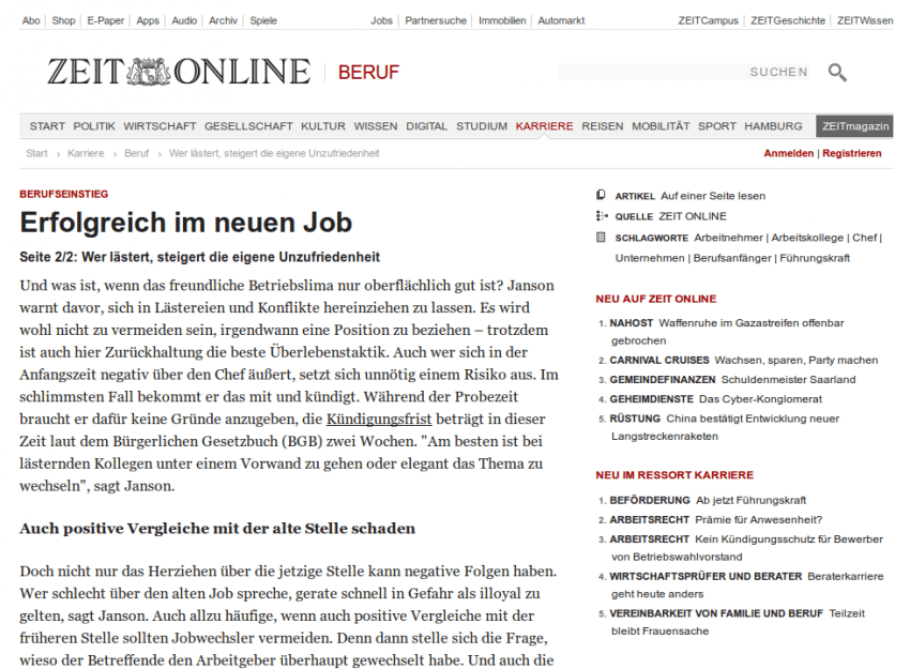 8 facts on start-up promotion in Germany

Just below the heading says Article: “Nowhere are company founders as difficult as in Germany, the cliché. The reality is different." The article has 20 comments so far ZEIT ONLINE get.

Most of them write what I thought when reading the article: That's just not true. At least not for all founders. This is because money flows are usually much less sparing for micro-entrepreneurs in the creative industry. Also because no one knows what the creatives really do. Differentiation is necessary!

1. Everything is ok in medium-sized traditional industries

The author uses an example from medium-sized businesses for his thesis: The Berlin company 3S Antriebe, a specialist manufacturer of automated fittings in water, gas and district heating networks. According to its own information, it enjoyed the full German start-up funding. Nice.

But the fact is: 3S drives is also exactly the type of company for which the Deutsches Gründerförderung is intended. Three managing directors, eight employees (note the relationship!), Down-to-earth German coffee beans, crumpled, low-cost loan over 80.000 euros.

2. Good promotion only in theory

Accordingly, Marc Evers, business start-up expert of the German Chamber of Commerce and Industry (DIHK), can praise the German funding landscape as unique in the ZEIT article!

But: Nobody denied that there are many so-called start-up programs and subsidies in Germany. The Global Entrepreneurship Monitor, a study that annually examines the founding conditions in 42 countries worldwide, shows:

Although Germany offers a very good public funding infrastructure, there are ample office and commercial space as well as transport and communication facilities, the protection of intellectual property by patents is guaranteed and founders can access numerous consulting offers and suppliers.

But on the other hand, the World Bank places the Federal Republic in 30th place among the 24 OECD industrial countries when it comes to the conditions for start-ups. "In international comparison, the number of start-ups in Germany is still very small," Rolf Sternberg, Professor for economic geography at the University of Hanover, who presented the German country report on the GEM study in spring, quoted by Poganatz.

Incidentally, the reasons for this are also found in the GEM study - you just have to find them: because Germany scores significantly lower in many international conditions than other countries:

Above all, the experts questioned by GEM criticize the government's excessive regulatory anger, the poor basic education and finally the negative social attitude. Almost 50 percent of the Germans are just too afraid to become self-employed.

The commentators under the ZEIT ONLINEThe article summarizes this very nicely: there is talk of the lack of tolerance for odd CVs, of the wrong character of the pupils, who are held to the safe official status as an ideal under the nose, and of the social proscription of failed entrepreneurs.

Incidentally, I have also heard that previous independence when looking for a job should actually be a problem - you can hardly believe it, you should think that entrepreneurs want employees who can think for themselves ...

Anyway, I have many of the points just touched here already in mine Article series “Fail better” on Best of HR – Berufebilder.de® - from the fear of failure to the lack of entrepreneurship training to bankruptcy law.

One other aspect seems to me to be important: entrepreneurs, these are the big companies in Germany especially with the smart office and secretary. Or the middle class, preferably from the traditional crafts.

Small, innovative garage companies, on the other hand, look down the drain. Google and Facebook, which today are undisputedly among the most successful companies in the world, even if they started like that.

Carsten Förtsch from deskmag, a magazine for new workplaces, is rather promoted, which one already knows, yesterday brought the very beautiful to the point: At the Cognitive Cities Conference in the Berlin Betahaus, he gave a lecture on the coworking movement. Asked whether the Betahaus had claimed public support, he said:

“In Germany it is better to promote takeaways than companies in the creative industry - simply because you tend to appreciate what you already know. On the other hand, anyone who has a completely new idea generally receives no funding. Many small companies do not need the large loans, which contain many start-up grants, but could make a big difference with 10.000 euros. Exactly in this micro area it looks rather poor in Germany. You actually get a grant when you are already successful - and you no longer need it! ”

8. Poverty certificate for the IT location Berlin

This is an indictment of a city that wants to present itself as a particularly hip, innovative IT location. And this discrepancy is apparently aware of the fact that on the side of the sponsors one speaks only behind closed doors: For example, Christoph Lang of Berlin Partner GmbH skilfully in the interview around the question, which companies are actually promoting exactly.

Inofiziell I have since of employees but already heard that one could probably achieve with a small subsidy of 10.000 Euro more than with large promotion points. Only publicly, no one likes that.

This shows that the wish of the father of thought is certainly the foundation of the foundation. In practice you have to detain yourself again and again in Germany!