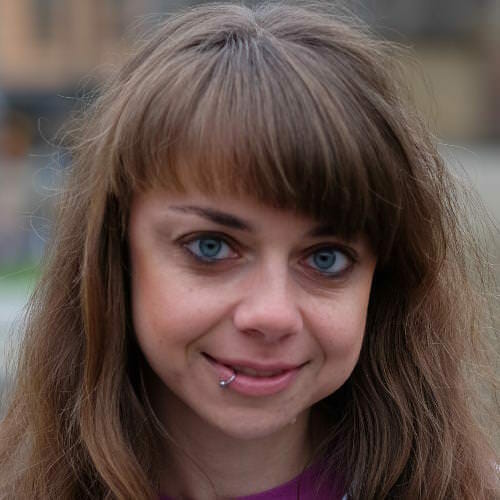 Vanessa Schäfer is editor and PR manager at kursfinder.de. She came to kursfinder.de from the specialist book publisher via the newspaper editorial office: As the creative head of the company, she creates editorial articles and press releases - and thus offers reading material on the subject of further training and everyday professional life.

When a door closes in front of us, a new one opens. This is also true in working life. If the current profession can no longer be exercised due to illness, accident or lack of prospects for the future, this will initially be devastating. But once the message has been digested, it can be seen as a chance: the opportunity to risk a reboot through retraining.

What matches to me?

If you want to work in a new profession, you have to ask yourself several questions:

Based on the 2016 method report “Stay after leaving professional development measures with a degree” published by the Federal Employment Agency, kursfinder.de worked out the top ten most popular retraining professions.

The report is based on figures from the period from July 2013 to June 2014. The first five places we look more closely.

For Barbara it was clear: now that the children are out of the house, she no longer wants to be just a housewife and mother. After 20 years off, she was unable to return to her profession as a bank clerk. But where does she have chances to stay with her 49 years? "In geriatric care," recommended a consultant from the employment agency.

Barbara is one of the 6300 individuals who completed their retraining as a geriatric nurse for the period covered. She got a job immediately after three years of training: in a nursing home. Finally, the industry prevails Skills shortage: The integration rate is 82,6 percent.

Burnout - Helen never thought that she would ever make that diagnosis. The real estate agent had everything under control. The shops were running. She liked to spend a few sightseeing appointments in the evenings or at the weekend - she allowed herself a few pleasantries from the additional commission. And did not notice how she was more and more isolated from friends and family, had no smile on her lips and sometime in the evening broke down howling in her kitchen.

A warning signal that she took seriously and went to see a doctor. Burnout. The doctor advised her to take a shorter course of action with more regular working hours and a steady income. For a while she resisted this idea, until she finally buckled - for her health. Helen is one of the over 4.600 people, who completed their retraining to the office worker / office clerk during the investigation period. 39,7 percent then found a job - including Helen, who, thanks to her organizational stature, communication strength and open-minded nature, had no problems convincing her new employer of her skills within six months.

As a woodcutter, Jens could no longer find a job. This profession threatens to die out. But staying home longer as an unemployed person was out of the question for him: after all, he had a family to support.

Because of his habitual physical activity and the ability to deal with means of transport, a friend advised him to have a training camp. Jens followed suit and completed this training with additional 3000 people in the period under review. The integration rate is 51,8 percent. Jens was lucky: he found a job in the central warehouse of a food trade and has now even an indefinite contract.

Yvonne loved her job. As a hairdresser she had to deal with people, could contribute with a new cut or some color to their well-being. But then these redness came to her hands and arms, connected with an itch. The diagnosis: allergic reaction to bleaching. Gloves did not help, the rash got worse.

To continue to deal with people, Yvonne decided to retrain the nursing care assistant and completed this together with 2000 for further re-enrollers during the investigation period. Since then, she has been working in outpatient care. She visits seniors, helps with the care of the body and takes meals, and plays with her everyday life.

Numbers have always been Antonios Ding. In his activity behind the bench switch, he went on until the day he suffered a sudden fall. Since then, he has regularly been struggling with equilibrium. He could not pursue his task standing behind the counter. Because of his passion for numbers he made a retraining to the tax expert, which he, like 1100 other persons, completed in the investigation period.

The open handling of his handicap gave him initially a few application papers. But Antonio's obstinacy paid off: after two and a half months, he was given the job title in a tax office. It therefore belongs to the 47,5 percent, which could be successfully integrated after the retraining.