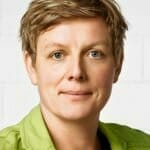 Crises & upheavals as an opportunity: From job loss to a new start

The profession as an identification platform

In a company oriented towards achievement, the orientation to one's own doing, performance and successful competing begins already in the early childhood.

A large part of personal identification in the adult belongs to the professional: training, career steps, position, reputation, income and status. If all of this suddenly breaks away, the person concerned seems to stand before nothing.

Unemployment as a lifestyle?

Even if the end of the financial career is not a real problem due to previously accumulated goods, all of a sudden is gone, which has struck those in his own eyes. The man who once existed seems to be dead.

He does not rarely experience this break as a dying - extremely painful and accompanied by feelings of shame and guilt. On this topic I was 2010 guest of a talk round the Deutschlandfunks.

The fall of Heide Simonis

Focus of this program was the reflection on professional failure. Guests were among other things, Heide Simonis, who had had an abrupt end of his career as Minister-President of Schleswig-Holstein five years previously.

It had lacked a single voice from the previously agreed coalition, certainly from among its own ranks, which triggered the so-called "Heidemarder" debate in the press and resulted in a deep fall of the hitherto very successful politician.

The hole as a deep well

Asked in the program, Ms Simonis spoke, among other things, of a large hole before which she was almost shocked and still standing. I told her that this hole was a deep well, which was very worthwhile in such a situation.

From a well, people took forever what we need to live: the water. In a transcendent sense, this can also be derived from what we need to get back on track in a crisis and to reorient our lives.

Pass through the well

To descend into these wells and dive into its depths requires courage. And yet it is the path that not only promises the greatest, because lasting successes from my experience.

Carlo Zumstein, a PhD psychologist and one of Europe's leading representatives of core shamanism, speaks in the context of depression, that healing can be triggered just by not shying away from the dark, in which one feels drawn, but dives to find the missing side on the other side.

Depression as a shamanic initiation

The disease becomes, so to speak, a shamanic initiation. And traditionally, as in today's therapeutic situations, this is a matter of dismemberment.

Of course I do not mean that in the physical sense. and yet dismemberment is frighteningly real for many concerned. But you can be reassembled with much more strength and knowledge than before.

In this gap is the almost magical space to develop previously unimaginable. Almost all ancient cultures in human history knew about these connections.

The crises may have shown quite different faces in earlier centuries. But their basic pattern has something archetypical, which also shows itself in nature:

Growth and offense are inseparable

Growth and offense are inseparable. Old, dying things prepare the ground for the new - as the journalist Kathrin Wagner writes in this example:

I was accustomed to assess my order situation at least six months beforehand. However, the situation suddenly changed in a different way as a result of restructuring and cost-cutting measures in public broadcasting. That frightened me - Existenzangst. Partially, I got panic-like attacks, which I had never before experienced. Out of concern, not to get on the laps, I took every small order to me. At the same time, I was so bogged down that my time management - so I had ever had one - collapsed completely into itself. I knew, so I could not continue in the long run.

7 answers to "Crises & upheavals as an opportunity: From job loss to a new beginning"