Disclosure & Image Rights:  Image material was created with a smartphone made available free of charge by our sponsor Mobilcom Debitel, which we checked as part of the test until it was unusable.

Home office health management and precarious employment: what will work like in the future?

What will the future work like? Does the future belong to the free, flexible home office or do we steer into precarious mass employment and total surveillance, for example through occupational health management? 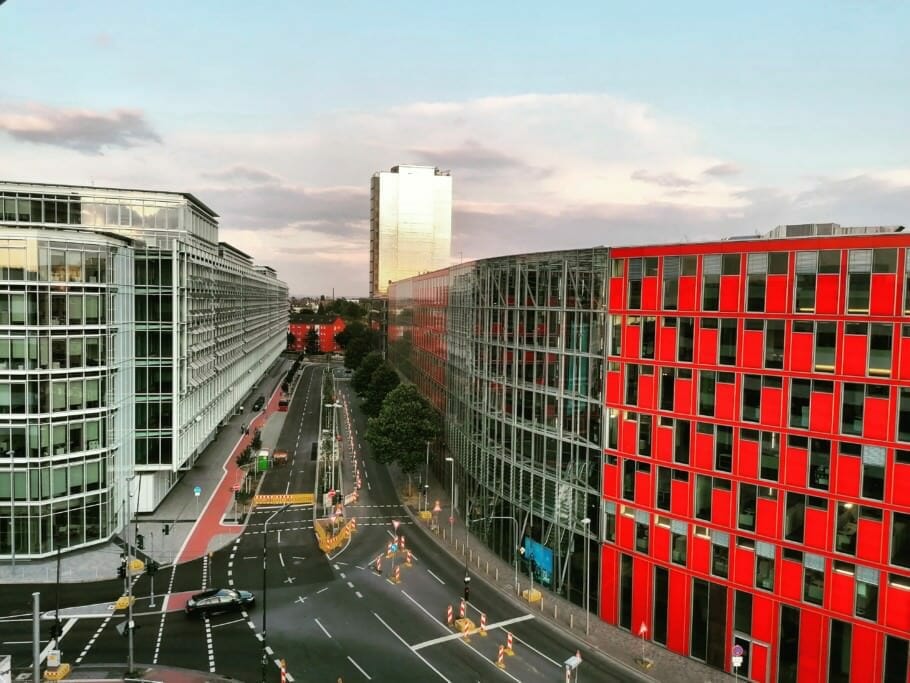 The working world will change decisively

Digitization and the Internet will also change our world of work decisively - this becomes clear, for example, every year at re: publica, the annual event that operates as Europe's largest web conference. A trend that is repeatedly discussed there: Collaborative but flexible forms of work in which teams of freelancers only come together for certain projects.

The Australian journalist Joel Dullroy has dealt extensively with such working methods and states: "The great advantage is that specialists for specific tasks can optimally complement their skills."

Not only work together, but also live

In the project Blogville, initiated by the Italian region Emiglia Romagna and the blogger community IAmbassador in Bologna, bloggers work and live together in a WG. The project was so successful that it is now extended to Milan.

"It is inspiring to work with people from different countries," blogger Simon Falvo reports of her experiences and adds: "One is a good photographer, the other has technical skills, which often results in unimagined synergies." Falvo particularly appreciates the opportunity to make contacts for the future because living together further deepens the contacts.

Together against precarious occupations

On the other hand, she is not afraid that job and private life mix too much: "Everyone has their own room and can withdraw," she says. It's not always that easy. With freelancers in particular, the boundaries between work and private life often blur, in addition there is poor pay and a lack of security during periods of unemployment.

At a re: publica event, for example, Joel Dullroy warned of exactly these dangers - and has a possible solution: "There are around nine million freelancers in Europe," says Dullroy, who is involved in the Freelancers' Rights Movement. "We have to organize in order to be heard politically and to work together against precarious jobs."

Talk about the home office

Since Yahoo boss Marissa Mayer forbade her employees the home office a few months ago, there was a heated discussion worldwide about its advantages and disadvantages.

The homeworkers do not want to leave the family-friendly, self-determined working model and also Company are increasingly recognizing the benefits: Microsoft has just announced that its employees will be able to decide individually where they work in the future - and close three locations in Germany.

The IT giant is thus very trendy: A survey by Citrix Systems among IT decision-makers in 19 countries shows that they want to reduce their office space by around 14 percent. But the home office, as practical as it may seem at first glance, also has disadvantages for the individual.

Apart from the associated costs for employees and employers, communication channels are longer, the Flurfunk as a means of informal exchange falls away. Personal visibility, an important prerequisite for career in companies, is diminishing and the risk of isolation is great.

Do not neglect personal contacts

People who work at home and still want to be successful should not neglect personal contacts. An example of this is found in the Italian Emilia Romagna: the translator and interpreter Helga Schenk works in her house near Rimini.

Nevertheless, she regularly visits congresses, trade fairs and events in Germany, maintains old friendships and has also built up a well-functioning network on site, which repeatedly places orders with her. Her conclusion: “Working at home, even abroad, is possible. But you have to stay connected to the world - and not just electronically. ”

Change in the world of work offers opportunities and risks

The discussions about the home office show clearly the change of our working world away from fixed structures to more personal freedom.

However, home workers are now faced with the challenge of maintaining their personal network and remaining visible to bosses and colleagues despite spatial distance. This is precisely where the risks and chances of the new form of work lie.

And how quickly these are exceeded can be seen in the subject of occupational health management: That companies like Facebook and Apple, taking care of the health of their employees, providing fitness rooms and healthy food free of charge, sounds positive at first.

Since it is known, however, that they are paying their women's freezing eggs, the discussion about how employers should interfere in the life and health planning of their employees is in full swing. Social Freezing is called the precautionary freezing without medical reason also here.

Especially because smartwatches make it possible to monitor health and blood samples are taken from applicants in Germany, the question arises:

How far may health management in companies go? How much can employers influence the health and lives of their employees?

For Edenred Deutschland, which as a service provider helps companies to retain their employees, health management is also a means of attracting qualified applicants and retaining good employees:

Every two weeks a personal trainer does exercises with the employees, massages are offered - both during working hours. The team regularly cooks together with the managing director. "And every Tuesday we buy 10 kilos of fruit for the employees on fruit day," reports Human Resources Director Petra Mühlbauer. There are also ergonomic workstations, massage chairs and a swimming pool on the premises.

Tax benefits and support from the health insurance

This can also provide tax advantages: Certain measures of occupational health care are tax-free and social insurance-free according to 500 No. 3 EStG up to an amount of 34 Euro per employee and year.

Since the year 2008, there is this regulation. Apart from the exceptions, membership of sports clubs or fitness studios is not encouraged. In addition, prevention measures according to 20 SGB V can also be supported by the health insurance with up to 150 Euro per year.

Petra Mühlbauer, on the other hand, thinks nothing of mandatory measures: "We want to inform and encourage personal responsibility, but do not force anyone to behave in a health-conscious manner," she explains.

And adds: “Employees also talk about it. In any case, I would not want to work in a company that monitors the health of its employees.

8 responses to “Home office health management and precarious employment: How will work be done in the future?”