OPINION! Prince singer Sebastian Krumbiegel: "Professional orientation for young people - do what you like to do"! " 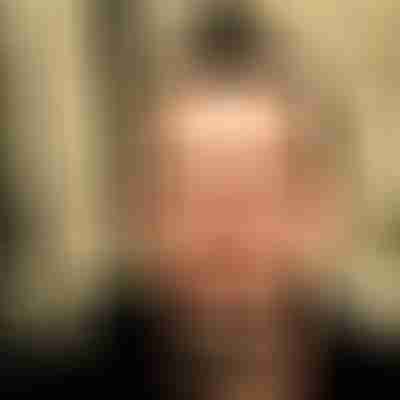 Sebastian Krumbiegel is co-founder of the "Prinzen", one of the most successful German bands of the 1990s. Krumbiegel has received several awards for his advocacy of civil rights and moral courage and his social commitment, especially in dealing with young people, and in 2012 he received the Federal Order of Merit. In an interview he reports on his commitment to the initiative “Look in! - The week of the open Company Saxony ”and his own career entry as a musician.
Sebastian Krumbiegel was born in Leipzig in 1966. From 1976 to 1985 Krumbiegel attended the St. Thomas Choir and the St. Thomas School in Leipzig. There he graduated from high school in 1985. In 1981, when he was still in St. Thomas, he founded the rock band "Phoenix". Before and during his army service from 1985 to 1987 he sang with "Rockpol". From 1987 to 1991 Krumbiegel studied drums and singing at the Leipzig University of Music. During his studies he laid the foundation for one of the most successful German bands of the 1990s with the founding of the band “Die Herzbuben”. Wolfgang Lenk, Jens Sembdner and from 1990 also Henri Schmidt were there. In 1991 Tobias Künzel, who had previously been with Amor and Die Kids, joined the band. In the same year the band changed their name to "Die Prinzen". The singles “Millionär”, “Gabi und Klaus” and “Mein Fahrrad” came from Krumbiegel's pen. Sebastian Krumbiegel has also been on the road solo for a few years - currently on the “Solo am Piano” tour.

Mr. Krumbiegel, what exactly happens with “Look in! - The Week of Open Enterprises in Saxony ”?

“Look in!” Is a Saxon career orientation initiative that enables young people to come into direct contact with entrepreneurs and trainees and to gain practical insight into the world of work.

You go independent on a voyage of discovery to the Saxon companies and find out firsthand what requirements are waiting for them and what skills they need to bring with them for the job. The companies meet interested young people and have the opportunity to get to know potential newcomers.

Everything is controlled via the central online platform http://www.schau-rein-sachsen.de, There, the companies introduce their offers, which can then be booked by the pupils. There are also helpful tips on professional orientation on the website. A one-time initiative in Germany.

Why unique? Career orientation initiatives are a shame - what is so special about this initiative?

The professional orientation is not concentrated on just one day, but is bundled in a whole week. The students have the opportunity to look at many different professional pictures, selected according to their personal interests and abilities. So they are not in the classroom, they go specifically to the companies they have chosen themselves.

Over the past few years, “Schau rein!” Has increasingly established itself from a regional project to a Saxony-wide initiative and has become a fixture in the Saxon educational landscape. Another special feature of the project is the show-in ticket. This allows the young people to travel to the events of their choice free of charge. With the ticket, every student has the opportunity to take part in the show-in offers throughout Saxony.

Why do you get involved?

Because “Have a look!” Is a good initiative. Everyone can do something better than others, they just have to find out, and the sooner they look for it, the better.

Personally, it was pretty early for me clear, what I want to become. I wrote my first songs when I was 15 and that meant I quickly had my first sense of achievement.

The bottom line is that it's about building bridges, especially for young people, and encouraging them to take the path that will fulfill them in the long term. “Take a look!” Shows different possibilities and helps to realize: what suits me or what doesn't suit me.

Why is such an initiative important for Saxony?

Like other federal states in Germany, Saxony is increasingly confronted with the problem of securing skilled labor and emigrating. Especially for small and medium-sized companies, it will be difficult in the future to find well-educated young people and secure their own offspring.

“Look in!” Was launched to counteract this with foresight and brings school and business together at an early stage. Schoolchildren get into conversation with potential training companies, companies with potential trainees. Both sides benefit from participation and the federal state of Saxony ultimately benefits from projects such as “Look in!”.

How are students prepared for professional practice in class?

“Take a look!” Is firmly anchored in the annual plan of the Saxon schools. Of course, students can go through the difficult process of Career choice are not left alone and are accordingly prepared in the classroom for the events they attend as part of “Look inside!”.

In most cases this is taken over by the class leaders, computer scientists or professional orientation teachers. They inform the pupils at an early stage about the appointment, assist the young people in the selection of the events, help them to log on to the internet platform and select and book the events.

Hochschulwatch.de, a website that makes transparent funding of companies for universities, has just been online. Is there any influence of participating companies on teaching or teaching material?

The participating companies have no direct influence on the lessons. But nevertheless, “Look in!” Of course ensures lasting contact between the companies and the students:

The companies have the contact data of the young people and some of the teachers, in order to be able to address them even after the events. New cooperation agreements between companies and schools can also be promoted.

What did your experiences as a student look like with the world of work? Did you have similar initiatives back then?

As I said, I knew pretty early what I wanted to be. I had my first band as a 15-year-old and I already knew then that this is what I want to do later. This is something you do not learn at any university or in any apprenticeship, you only learn that when you just try it out.

As a student, I had some holiday jobs - in the record store or in a music therapy. In the broadest sense, this also had something to do with what I am doing today, and it was mainly fun to me. I think it is mainly about looking for a job that is fun. You are always the best in the things you like to do.

How would your career / life have gone if there had been “Look in!” When you were at school?

Who knows? Maybe I would have found something else? However, I am very happy with what I am doing and I notice anew every day: That is the most important thing. “Take a look!” Can set the course - those who are looking for their calling should definitely take advantage of this opportunity.

5 responses to “OPINION! Prince singer Sebastian Krumbiegel: "Professional orientation for young people - do what you like to do"! ""